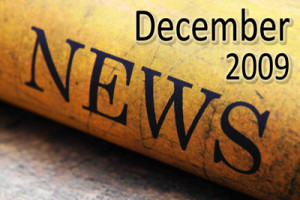 Why DidnÃ¢â‚¬â„¢t Mary Have An Abortion?

The title of this newsletter is an interesting question that made me think recently. While I was speaking recently in Connecticut, I spent two mornings in front of abortion clinics preaching the gospel with a group of believers. There were probably ten to fifteen of us each morning trying to persuade the ladies not to murder their child, and the men not to pay for that murder. One gentleman that was out there one day was 82 years old. For decades, he has been trying to persuade women to make the right decision about their unborn babies.

A lot of things from those mornings have stuck in my head. The hatred spewed at us from one abortionist was amazing. One lady went speeding past us as she pulled into the clinic, and almost hit one of the kids who was out with us. The police had to get involved in that one. Cars would pass by, honk their horns, and then flip us off. Why people would have such hatred for people trying to save babies is beyond me.

One of the instances that stuck with me the most was at one clinic where there were escorts who would take the ladies from the sidewalk or their cars, and escort them into the building. People in our group referred to them as Ã¢â‚¬ËœdeathscortsÃ¢â‚¬â„¢ since they were escorting the women in to murder their child. What really stood out to me was that these escorts were college students. Four college students, out early in the morning, escorting women to kill their babies. Then I was even more stunned to find out that they were from a Ã¢â‚¬ËœchristianÃ¢â‚¬â„¢ college, and they received community service hours for this Ã¢â‚¬ËœescortingÃ¢â‚¬â„¢ service! How in the name of God have we fallen so far in this country that we would encourage college students to help people murder their children and then give them credit for it??

But despite all of the negative attention, we did have a lot of people who would stop and talk with us before they walked into the clinic. Many took literature. I asked the ladies, Ã¢â‚¬Å“Are you glad that your mother allowed you to be born?Ã¢â‚¬Â They always answered Ã¢â‚¬Ëœyes.Ã¢â‚¬â„¢ Then I said, Ã¢â‚¬Å“Make sure your baby can say the same thing one day!Ã¢â‚¬Â That statement seemed to really connect with a lot of the women.

One lady came out of the clinic crying big time. She must have gone through with the abortion. We let her know that whatever she did, she can be forgiven of that act. A female friend of the ministry told me, Ã¢â‚¬Å“Women are always upset after they get an abortion. You never see anyone leave a clinic post-abortion not crying. But you donÃ¢â‚¬â„¢t usually cry after medical procedures, so why are they crying if they didnÃ¢â‚¬â„¢t just take a life? ItÃ¢â‚¬â„¢s because God created women to know. ItÃ¢â‚¬â„¢s that motherly instinct, and they know that they are killing their child, but they are selfish, and they do it anyway.Ã¢â‚¬Â

One Hispanic couple that was walking in to the clinic wouldnÃ¢â‚¬â„¢t talk with me, but I was not sure they understood English, so I called over one of our Hispanic ladies, and she began talking with them, but they still went into the clinic. About a half an hour later, the young man came out of the clinic and began walking down the street. Two of our Hispanic women started walking with him and talking with him about what he was doing. All of the sudden, he ran into a Subway restaurant, so I went down the street and went into the same restaurant. He was buying a sub sandwich. I was stunned. Your girlfriend is committing murder; you are probably paying for it, and you are buying a sandwich? That just amazed me. So I pulled out my credit card to buy it for him. He wouldnÃ¢â‚¬â„¢t let me do it. I told him Jesus said it is more blessed to give than receive, and I was going to bless him today. He still tried to pay, but I wouldnÃ¢â‚¬â„¢t let the lady take his money. All of the sudden, tears welled up in his eyes. I got the feeling he had never been blessed like that before. The ladies told me outside that they were praying that I would represent a father figure to him because he may not have had one. After he took his sandwich and walked out the door, the ladies told me his whole countenance had changed. He seemed much more humble. He went back in the clinic, and thirty minutes later, he and his girlfriend walked out the door and didnÃ¢â‚¬â„¢t choose to murder their baby on that day! Praise the Lord!!

I was watching a DVD recently called Ã¢â‚¬Å“Maafa 21: Black Genocide in the 21st Century.Ã¢â‚¬Â It is about the fact that Planned Parenthood to this day still puts a majority of their clinics in low income areas. Black women account for 12% of the population, but have 37% of the abortions. The DVD stated that abortion kills as many blacks in four days that the Ku Klux Klan did in 150 years! So do you think that Satan and Planned Parenthood have been targeting black children?

The DVD also stated, Ã¢â‚¬Å“Since 1973, legal abortions have killed more African-Americans than AIDS, cancer, diabetes, heart disease, and violent crime combined. Every week more blacks die in American abortion clinics than were killed in the entire Vietnam War. And the largest chain of abortion clinics in the United States is operated by Planned Parenthood.Ã¢â‚¬Â So it seems fairly obvious that Satan is trying to kill an entire people group made in GodÃ¢â‚¬â„¢s image, but if you remember correctly, killing babies isnÃ¢â‚¬â„¢t new. Herod was killing babies around the time of Jesus birth because he didnÃ¢â‚¬â„¢t want the Messiah to come, and now we have babies being murdered all across the world before the return of Jesus Christ.

All of this got me thinking. WouldnÃ¢â‚¬â„¢t Mary have been the prime candidate in all of history to murder her child? She was trying to tell people that she had never slept with a man, and that God had come upon her to conceive her child. I bet that story went over well with her family and friends. You know people were gossiping that she had slept with Joseph. WouldnÃ¢â‚¬â„¢t she have been a prime candidate to get rid of that child? Of course in the worldÃ¢â‚¬â„¢s eyes, probably yes, but when you serve God, His ways are always much better than the worldÃ¢â‚¬â„¢s ways.

And what does God say about what He is doing inside a motherÃ¢â‚¬â„¢s womb?

Ã¢â‚¬Å“I was cast upon thee from the womb: thou art my God from my motherÃ¢â‚¬â„¢s belly.Ã¢â‚¬Â

Ã¢â‚¬Å“Lo, children are an heritage of the LORD: and the fruit of the womb is his reward.Ã¢â‚¬Â

Ã¢â‚¬Å“Thus saith the LORD, thy redeemer, and he that formed thee from the womb, I am the LORD that maketh all things; that stretcheth forth the heavens alone; that spreadeth abroad the earth by myself;Ã¢â‚¬Â

Ã¢â‚¬Å“Before I formed thee in the belly I knew thee; and before thou camest forth out of the womb I sanctified thee, and I ordained thee a prophet unto the nations.Ã¢â‚¬Â

If Jeremiah was ordained from the womb, you can be rest assured that Jesus Christ was as well! Mary knew that. Mary knew that someone very special was inside of her. Murdering that child was not even an option. If you are a woman and if you have been, are, or ever will be pregnant, you can also be rest assured someone very special is inside of you. That person is made in the image of God. Do not murder that child! Men donÃ¢â‚¬â„¢t pay for the murder of a child!

So as many of you celebrate the birth of Jesus this season, be very thankful that Mary gave birth to that Child, and please pray that women and men today would make that same decision with their babies as well.

P.S. The website specials will continue until the end of the month. Many of you have taken advantage of the case special of One Heartbeat Away as you continue to reach the lost and encourage the saved. You can click here to see those specials.