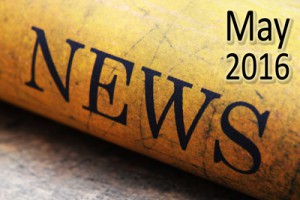 What Age Is It?

Age is a funny thing. When you are young it seems like you want to be older. When you are older, many times, you wish you were younger!

Remember when you were real young, and you just wanted to be a teenager! Sweet Sixteen was important. Finally, you turned 18! Then, of course, 21 was a big deal. But those older years of 30, 40, and 50 seemed so far away. Then all of a sudden, you hit those years; and you really didnÃ¢â‚¬â„¢t feel that old after all!

One question that comes up a lot involves the age of accountability? At what age is someone personally responsible for their soul and able to place their faith and trust in Jesus Christ?

One of the reasons this becomes such an interesting topic is there are so many viewpoints that people throw out there. It just ends up being a lot of opinions. Bar Mitzvahs and Bat Mitzvahs are the coming-of-age ceremonies for 13-year-old Jewish boys and 12-year-old Jewish girls, respectively. At these ages, they become obligated to keep the commandments of Judaism. What about when someone has a driverÃ¢â‚¬â„¢s license? Does that mean they are now accountable? If they have reached voting age, does that mean they can discern right from wrong? So do these rites of passage determine the age of accountability?

Ã¢â‚¬Å“And they brought unto him also infants, that he would touch them: but when his disciples saw it, they rebuked them. But Jesus called them unto him, and said, Suffer little children to come unto me, and forbid them not: for of such is the kingdom of God. Verily I say unto you, Whosoever shall not receive the kingdom of God as a little child shall in no wise enter therein.Ã¢â‚¬Â

Can an infant be saved, or is Jesus just blessing them? Or is the message for adults that they must come to Him like children in simple trust in the cross, and not by works or complicated beliefs?

One day, I had a parent tell me that one of his children wanted to repeat the prayer after him, so he could be saved. Once that father did that with his son, his other two children wanted to do the exact same thing! Is that biblical salvation, or is that someone just following what the folks around them are doing?

I was at a church preaching one Sunday. When I finished, they were getting ready to baptize several people. That is always a good, fun time in church. Well, they pulled out a tub of water, and the people who were going to get baptized came out in bathing suits and towels. There were about ten in all, and every one of them was middle-school age or younger. I turned and asked the person next to me, Ã¢â‚¬Å“Where are the adults? Do no adults get saved in this church?Ã¢â‚¬Â By the way, when you read the Scriptures, who do you see getting baptized in the Bible? Young? Old? Lost? Saved? Who?

I was speaking at conference one time, and a lady walked up to me with her five-year-old son. She looked at him and said, Ã¢â‚¬Å“Tell him what you did on Sunday?Ã¢â‚¬Â He just laughed and giggled. She told me that he had invited Jesus into his heart the previous Sunday. Well first of all, where does the Bible ask us to invite Jesus into our hearts?

So I got down on one knee, next to the young man, and started asking him some questions: Who do you think Jesus is? What is sin? Why did you invite him into your heart? Tell me about the death of Jesus. The young man literally just giggled and laughed every single time I asked him one of those questions! It was sad and funny, all at the same time. You really think that child had a born-again experience? (John 3:3)

I guess the one that always seems to stick in my craw is when people tell me that they made a decision for Christ as a kid and then made an adult decision for Jesus as they got older. What? I always ask them, Ã¢â‚¬Å“Where is that in the Bible?Ã¢â‚¬Â Of course, they can never give me a verse that backs up having two born-again experiences.

While we are on the subject, who is the youngest person in the Bible to get saved? And what was their age?

Someone wrote to me and said, Ã¢â‚¬Å“We want to make sure that our conversion lines up with what the Bible says. Salvation involves understanding that our sin is offensive and will be judged by God. So to be saved, we must repent toward God and place faith in the sacrifice of Jesus for our sins (Acts 20:21). This involves an understanding that Jesus is sinless God (John 8:24) who paid our death penalty (Romans 6:23; 2 Corinthians 5:21), His blood can cleanse away sins (Revelation 1:5), and He raised to life three days later to prove that He conquered sin and death (1 Corinthians 15:1-4). When we repent and believe these things by faith, then the Bible says we are saved.Ã¢â‚¬Â So can a five-year old understand these things?

Ã¢â‚¬Å“Moreover your little ones, which ye said should be a prey, and your children, which in that day had no knowledge between good and evil, they shall go in thither, and unto them will I give it, and they shall possess it.Ã¢â‚¬Â

So if someone has no knowledge of good and evil, when does the day arrive where they do have that knowledge? And when the day does arrive where they understand evil or sin, wouldnÃ¢â‚¬â„¢t that also be the day they have the ability to repent of their sin and become a believer in the Lord Jesus Christ for the forgiveness of those sins?

Well, what about a developmentally disabled person or a Down syndrome child? Do they ever reach the point of knowing the difference between good and evil?

I asked one of my friends, who just loves the Word of God, what his thoughts were about the age of accountability. He said if he were to go with any age from the Bible at all, he would have to go with the age of 20. I asked him how he arrived at that answer. He said that the men who were counted as old enough to go to war were 20 years old (Numbers 14:3). So that was the only age he could potentially see in the Scriptures that might fit.

But I think the real thing that most people wrestle with is if a child does not repeat a prayer, will he or she die and go to Hell? LetÃ¢â‚¬â„¢s see what the second book of Samuel says about this:

Ã¢â‚¬Å“Then said his servants unto him, What thing is this that thou hast done? thou didst fast and weep for the child, while it was alive; but when the child was dead, thou didst rise and eat bread. And he said, While the child was yet alive, I fasted and wept: for I said, Who can tell whether God will be gracious to me, that the child may live? But now he is dead, wherefore should I fast? can I bring him back again? I shall go to him, but he shall not return to me.Ã¢â‚¬Â

Many people see this passage as saying David will go to be with his child one day. David will one day be in Heaven, so his child must be there, as well. Or it could mean that his child has died and I, David, will die one day, too.

One father reminded me that Romans 10:17 says, Ã¢â‚¬Å“So then faith cometh by hearing, and hearing by the word of God.Ã¢â‚¬Â He then said, Ã¢â‚¬Å“Is the Holy Spirit moving on the heart? Is the word of God moving on this personÃ¢â‚¬â„¢s heart?Ã¢â‚¬Â He wanted to make sure that we werenÃ¢â‚¬â„¢t manipulating people but letting God do what He does best, and it is the Holy SpiritÃ¢â‚¬â„¢s job to convict people of sin.

So keep doing your job. Teach the Scriptures to your kids (Deuteronomy 6:4-9). Preach the Word in and out of season. The Holy Spirit brings conviction of sin. Let Him do His job! Plant and sow seeds of truth into peopleÃ¢â‚¬â„¢s lives before they ever reach the age of accountability, so that when they do and become born again, they will be ready to roll! We compelÃ¢â‚¬â€not manipulateÃ¢â‚¬â€them to come to Jesus, but the Holy Spirit does the convicting. When they can truthfully come to biblical repentance, then they can come to a new birth in Christ. Let the Holy Spirit do His job, and I think you will see the results you are looking for.

Remember to keep wrestling with biblical concepts and truth. Dig through the Scriptures. Talk to those white-haired people around you who have studied the Word for years and years. Remember, we are not going to know all of the answers down here. A finite mind cannot understand everything that is infinite. And never, ever forget that God wants everyone in Heaven more than anyone of us down here do!

P.S. We received this nice email the other day from a man who owns a restaurant. He says:

Ã¢â‚¬Å“Mark, these books continue to bless. I have put a book rack in my restaurant and filled it with the books from the last order with a sign that says Ã¢â‚¬ËœFREE- TAKE ONE.Ã¢â‚¬â„¢ We are fresh out!! It has led to some great conversations. Praise the LORD. Thank you for your example. Ã¢â‚¬â€¢Patrick 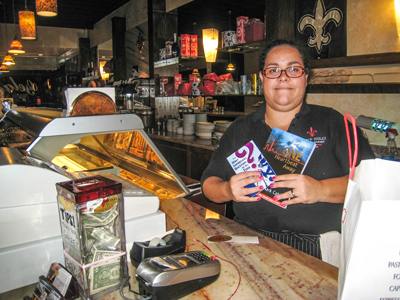 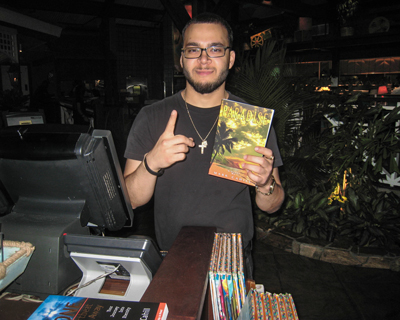 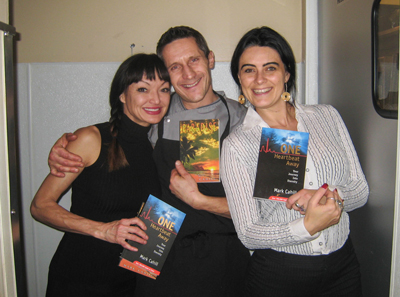