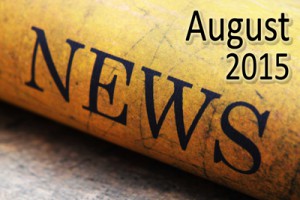 The King of the Jungle! Easily one of the most majestic creatures of all time! Nothing like seeing a pride of lions. One of the great animals that God has allowed man to have dominion over.

A pride of lions gathers in groups of about 15. The males protect the pride while the females hunt. Lions can hit speeds of 50 mph and leap up to 36 feet! Their roar can be heard up to 5 miles away. They prefer grasslands and are found primarily in Africa. The darkness of the maleÃ¢â‚¬â„¢s mane reveals their age, and they can sleep up to 20 hours a day.

GodÃ¢â‚¬â„¢s animals are marvelous, yet Noah knew what he needed to do after leaving the ark.

And the Lord smelled a sweet savour; and the Lord said in his heart, I will not again curse the ground any more for man’s sake; for the imagination of man’s heart is evil from his youth; neither will I again smite any more every thing living, as I have done.Ã¢â‚¬Â

Interesting. Noah not only killed some animals but when they were offered as a burnt offering, it was a sweet savour unto the Lord. Why? He understood that his life and the lives of his family had been spared. His heart of thanks put God first.

Ã¢â‚¬Å“And give unto Solomon my son a perfect heart, to keep thy commandments, thy testimonies, and thy statutes, and to do all these things, and to build the palace, for the which I have made provision.

That David was a crazy one, wasnÃ¢â‚¬â„¢t he? He must have missed the memo from PETA (People for the Ethical Treatment of Animals or People Eat Tasty Animals!). We just donÃ¢â‚¬â„¢t treat animals like that in our day and age! Where was his respect for those creatures?

But these people could never get to the point that they would esteem animals more than they do people, could they?

Ã¢â‚¬Å“And changed the glory of the uncorruptible God into an image made like to corruptible man, and to birds, and fourfooted beasts, and creeping things.

Wherefore God also gave them up to uncleanness through the lusts of their own hearts, to dishonour their own bodies between themselves:

Who changed the truth of God into a lie, and worshipped and served the creature more than the Creator, who is blessed for ever. Amen.Ã¢â‚¬Â

Nah, there is no way those folks would worship animals more than God. They would never hold a lion in higher regard than a human. That might have been a problem in PaulÃ¢â‚¬â„¢s day, but today?Ã‚Â  No way.

Is there any possible way that America has reached the point where it would section up unborn babies and sell those parts to others? There is no way it would sink to that depth, is there?

There canÃ¢â‚¬â„¢t really be an organization that is set up to murder babies. And ninety-four percent of their services canÃ¢â‚¬â„¢t be dedicated to the murder of children, can it?

There is no way a city in America would give preferential treatment to baby killers rather than show favor to baby savers, is there?

There is also no way that someone named Cecile could be the head of this butchering organization, is there? She is a woman. She knows what a baby is. She would never support this kind of barbary, would she?

And she wouldnÃ¢â‚¬â„¢t go on national TV and make excuses for the murder of boys and girls, would she?

Those viewers would never reach the point where they bewail the loss of a lion more than they do a baby, would they? Are they more concerned about lions, tigers, and bears, oh my, than the birth of the next Cecil Rhodes or Cecil B. DeMille? They surely realize how valuable those babies are to Jesus, donÃ¢â‚¬â„¢t they?

Ã¢â‚¬Å“Verily I say unto you, Whosoever shall not receive the kingdom of God as a little child, he shall not enter therein.

And he took them up in his arms, put his hands upon them, and blessed them.Ã¢â‚¬Â

Ã¢â‚¬Å“For thou hast possessed my reins: thou hast covered me in my mother’s womb.

I will praise thee; for I am fearfully and wonderfully made: marvellous are thy works; and that my soul knoweth right well.

My substance was not hid from thee, when I was made in secret, and curiously wrought in the lowest parts of the earth.Ã¢â‚¬Â

People do realize that the lion is not the king of the jungle, correct? No matter how much time they waste watching The Lion King, they do realize the King of Kings is the true King, right? That the Lion of the Tribe of Judah is the real lion King they need to watch and emulate. They havenÃ¢â‚¬â„¢t missed that point during their years walking on planet Earth, have they?

Oh, America. Have you murdered enough children yet? Have you murdered enough babies yet? Look at the places where you elevate the creation. Look at the mascots of your high school, college, and pro sports teams. Do you really love animals more than the Most High God who made those animals? Are you really and truly more concerned about the death of an animal than the millions upon millions upon millions of GodÃ¢â‚¬â„¢s precious babies who have been sacrificed on the altar of convenience and selfishness?

Have you really decided not to read the Scriptures and comprehend the due penalty that will be coming your way when you sacrifice your children to the god of Molech, the god of convenience, or the god of selfishness?

And I will set my face against that man, and will cut him off from among his people; because he hath given of his seed unto Molech, to defile my sanctuary, and to profane my holy name.

And if the people of the land do any ways hide their eyes from the man, when he giveth of his seed unto Molech, and kill him not:

Then I will set my face against that man, and against his family, and will cut him off, and all that go a whoring after him, to commit whoredom with Molech, from among their people.Ã¢â‚¬Â

People on earth cannot possibly believe that the butchering of babies is okay, can they? Their consciences cannot be so seared and cauterized against human life; and yet have remained sensitive to the life and rights of an animal, can they? People on earth would never tolerate that, would they?

People would not call for the head of a dentist who killed an animal but let a butcher of babies roam free without calling her out, would they?

Why is there more of an uproar and outrage over the over the killing of a lion than over the genocidal acts of the dictator of that exact same country?

Would the news really cover the death of a lion more than they would the videos of babies being murdered?

Why would people ever trust the media? Stalking and skewering an animal killer is easy prey for them. Shooting their arrows in full view of the world and sensationalizing it all isnÃ¢â‚¬â„¢t given a second thought; but apparently, neither is standing against a machine that slaughters, dissects, and sells off the parts of innocent, defenseless, and voiceless babies in the womb.

Oh, America. Will you stand and fight for the unborn, or will you just sit back and enjoy the judgment of God? Will believers ever rise up in righteous indignation? Where are those lion-hearted people who are bold, brave, courageous, and resolute? Will the soldiers of the Lord fight? Is there any fight left in you, America? The silence is deafening.

Ã¢â‚¬Å“Therefore prophesy thou against them all these words, and say unto them, The Lord shall roar from on high, and utter his voice from his holy habitation; he shall mightily roar upon his habitation; he shall give a shout, as they that tread the grapes, against all the inhabitants of the earth.Ã¢â‚¬Â

God is and is going to roar. How about you? Cecile Richards prowls around as a roaring lion seeking whom she may devour. She is the lyin’ king preying on the misplaced sympathies of the American public that have and will continue to trap them in the lies of the evil one.

The Lion of the Tribe of Judah never sleeps nor slumbers. He sees it all and will one day roar from Heaven over the injustices perpetrated against His special creationsÃ¢â‚¬â€those who are made in His image.

Cecil the Lion or Cecile the butcher: Two of those two will really eat you alive.

King of the jungle or the King of Kings: Which one will you stand with?