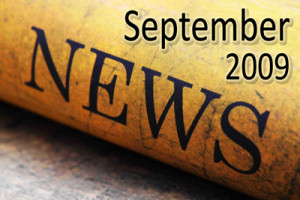 Yes, we are living in exciting times today. People are talking about the end of the world, or the end of this age. The Mayan calendar ends in December 2012, and many are wondering if that could be the end of the world as we know it. But one of the more fascinating things we face when looking at the End Times is that Final Person who is coming to planet earth.

Friends in Israel have told me that Jewish people there think we might be getting close to the time of Elijah coming back. Many Christians believe that with the world upheaval; and talks of a New World Order by so many people, that we are getting close to the return of Jesus Christ. But what many people donÃ¢â‚¬Ëœt know is that followers of Islam also believe that at the end of days, a ruler will come; his name is the Mahdi.

I just finished reading a book by Perry Stone called Unleashing the Beast which is about what the Bible says about the end of days. He states in the book that one of the ideas of Islam is to have global domination. Not countries, not regional, but a domination of the globe underneath Islamic rule and Islamic law.

The Bible in Daniel and Revelation talk about a world coming together under a final empire that will control all buying and selling. Is it possible that the one final empire will be an Islamic empire?

The Mahdi described in the Islamic religion is a very interesting character. He will be a rider on a white horse that will unite the Islamic world. Some refer to him as the twelfth imam. The Shiite branch of Islam believes that he is supernaturally protected in the desert region of Arabia and will eventually appear on the scene.

What I want you to think about is the possibility that the Antichrist of end days could actually be this final Islamic ruler who will rule all of Islam.

The Antichrist will be someone who denies the deity of Jesus Christ and will deny that He is the Son of God. All Muslims hold those two positions already. They do not believe in the Trinity, nor do they believe that Jesus is equal with God. The Antichrist is called the Ã¢â‚¬Ëœman of sinÃ¢â‚¬â„¢, and a Ã¢â‚¬ËœbeastÃ¢â‚¬â„¢ in the Scriptures. This person will be very ruthless in his dealings with people; particularly followers of the Lord Jesus Christ. A gentleman who emails me from Kenya told me that a radical mob of Muslims came through his town and burned their church to the ground and killed his uncle. What was the crime? They were Christians.

Muslims have very strong beliefs about the End Times. Mahdi means Ã¢â‚¬Ëœthe guided one.Ã¢â‚¬â„¢ From page 88 of Unleashing the Beast, here is a list of traditions about the Mahdi and the final days:

1. His name will be Muhammad, and he will trace his lineage as a direct descendant through Fatima, the daughter of Muhammad.

2. The name of his father and MuhammadÃ¢â‚¬â„¢s father will be the same.

3. He will have the disposition of Muhammad.

4. He will have a bald forehead, and a high hooked nose.

5. He will have a distinctive mole (the Ã¢â‚¬Å“mark of a prophetÃ¢â‚¬Â) and a V-shaped aperture between his front teeth.

6. He will appear just before the end of the world, during a time of great difficulty.

7. He will convert the world to the Islamic faith.

Some of the other traditions are that the Mahdi will unite the Muslim world.

Ã¢â‚¬Å“And the ten horns which thou sawest are ten kings, which have received no kingdom as yet; but receive power as kings one hour with the beast.Ã¢â‚¬Â

The beast, the Antichrist, will unite ten kings at the end of days.

On page 90 of Unleashing the Beast, it says, Ã¢â‚¬Å“Muslims believe that after the appearing of the Mahdi, Jesus will reappear and will march into Jerusalem following this Islamic leader. Jesus will then announce He is a Muslim and not the Son of God and will convert the people to Islam. This is when the Mahdi will kill the swine (Jews) and remove the cross (alluding to killing Christians).Ã¢â‚¬Â I have actually had Muslims tell me this is what they believe will happen while I was witnessing to them. They tell me that Jesus will come back, and He will unite the world under the Islamic faith. Wow!

Ã¢â‚¬Å“And I beheld another beast coming up out of the earth; and he had two horns like a lamb, and he spake as a dragon. And he exerciseth all the power of the first beast before him, and causeth the earth and them which dwell therein to worship the first beast, whose deadly wound was healed. And he doeth great wonders, so that he maketh fire come down from heaven on the earth in the sight of men, And deceiveth them that dwell on the earth by the means of those miracles which he had power to do in the sight of the beast; saying to them that dwell on the earth, that they should make an image to the beast, which had the wound by a sword, and did live. And he had power to give life unto the image of the beast, that the image of the beast should both speak, and cause that as many as would not worship the image of the beast should be killed.Ã¢â‚¬Â

What is interesting is that not only does the Bible refer to the Antichrist as Ã¢â‚¬Ëœthe beastÃ¢â‚¬â„¢, but the Koran makes a very interesting reference to the beast as well.

Ã¢â‚¬Å“And when the Word is fulfilled against them (the unjust), we shall produce from the earth a Beast to (face) them: he will speak to them for that mankind did not believe with assurance in Our Signs.Ã¢â‚¬Â

So what does all this mean? First of all, you need to look at the possibility that the Antichrist might just be of the Islamic faith. You need to stop buying into the lies of so many politicians and others who say that Islam is a religion of peace. It is not and never has been. Of course, there are some Muslims that are peaceful, but the religion that they follow is not.

Ã¢â‚¬Å“And I saw thrones, and they sat upon them, and judgment was given unto them: and I saw the souls of them that were beheaded for the witness of Jesus, and for the word of God, and which had not worshipped the beast, neither his image, neither had received his mark upon their foreheads, or in their hands; and they lived and reigned with Christ a thousand years.Ã¢â‚¬Â

Did you know in this day and age, that the only people that (I am aware of) on earth who still behead people are Muslims? We have seen the videos on TV or the internet too many times. So are you ready to be beheaded for your faith if it comes to that?

Another thing to think about is if it came down to a moderate Muslim being forced to follow the more radical elements of Islam or having their head chopped off, I have a guess which direction most of them would go.

The next thing all this means is that you need to boldly share your faith with as many Muslims as you possibly can. I thoroughly enjoy my conversations with them. Most are open to a good discussion about God. Anyone who comes out of a works oriented religion (Islam teaches that your good and bad deeds will be weighed out on a scale on Judgment Day), is never satisfied in their faith. They always wonder if they have done enough. I was watching a broadcast about Muhammad Ali one day where he said that he knows every time he signs an autograph, he is putting more weight on the good side of the scale at final judgment. Talk about deception by the enemy! That is why we must reach them with the truths of the real Jesus Christ and His mercy and forgiveness.

We have heard from Muslims in numerous countries who have read One Heartbeat Away. Some have contacted us to tell us that they have become Born Again! They just translated and printed thousands of copies of One Heartbeat Away in Pakistan! I am so excited! I have seen some of the copies. They are already getting into many MuslimsÃ¢â‚¬â„¢ hands. Praise the Lord!! There are some wide open doors when talking with Muslims right now, so you might as well walk right through them.

By the way, if you are dying daily for your faith, being beheaded one day wonÃ¢â‚¬â„¢t be the most difficult thing for you. Remember death in this body only means being face to face with the Lord Jesus Christ! What a day that will be! Be bold!!

P.S. Please check this video out to see a little bit more about the rise of Islam in the world: http://www.youtube.com/watch?v=e0U5Kw57iv4