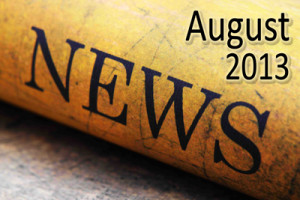 What Does The Bible Say?

Driving up to speak at a family camp recently, I was in the car with the man who ran the camp. We were talking about many of the topics that are currently affecting the church. Since he is a pastor, he is well aware of the issues that are affecting our congregations today.

I stated that it sure seemed like the issues of homosexuality, female pastors and abortion are the cause of many church splits these days. He looked right at me and said, Ã¢â‚¬Å“You do know that we will have female pastors at this event, donÃ¢â‚¬â„¢t you?Ã¢â‚¬Â Oops. LetÃ¢â‚¬â„¢s just say things got a little tense in the car, and I knew I was in for a fun week!

As the week progressed, I spoke every night and every morning. The morning talks were new, and we will have them on the website soon for you to hear. The talks on evangelism seemed to really resonate with the people who heard them. We have gotten tons of great response from people who have been obedient to the Lord and have been out there sharing their faith since camp has ended! Praise the Lord!!

So after the Bible study each morning, we had a question and answer time. During my last morning session, after answering some questions, I decided to turn the tables and ask the audience a question. My question was: Ã¢â‚¬Å“What is the Biblical support for a woman being a pastor?Ã¢â‚¬Â

Well letÃ¢â‚¬â„¢s just say there was a lot of tension in the air! But interestingly, nobody raised their hand up! So I asked the question again. A lady in the first couple of rows said very softly, Ã¢â‚¬ËœThere isnÃ¢â‚¬â„¢t any.Ã¢â‚¬â„¢

Finally a couple of hands went up, and a good discussion ensued. But there was only one problem: No one had Biblical support for the position of a woman being a pastor. That is why I asked the question the way I did. I was trying to leave emotions and feelings aside, and just get straight to what the Bible says. Since no Scriptural support was brought up, I decided to bring some truth into the discussion.

Ã¢â‚¬Å“This is a true saying, If a man desire the office of a bishop, he desireth a good work. A bishop then must be blameless, the husband of one wife, vigilant, sober, of good behaviour, given to hospitality, apt to teach; Not given to wine, no striker, not greedy of filthy lucre; but patient, not a brawler, not covetous; One that ruleth well his own house, having his children in subjection with all gravity; (For if a man know not how to rule his own house, how shall he take care of the church of God?) Not a novice, lest being lifted up with pride he fall into the condemnation of the devil. Moreover he must have a good report of them which are without; lest he fall into reproach and the snare of the devil. Likewise must the deacons be grave, not doubletongued, not given to much wine, not greedy of filthy lucre; Holding the mystery of the faith in a pure conscience. And let these also first be proved; then let them use the office of a deacon, being found blameless. Even so must their wives be grave, not slanderers, sober, faithful in all things. Let the deacons be the husbands of one wife, ruling their children and their own houses well. For they that have used the office of a deacon well purchase to themselves a good degree, and great boldness in the faith which is in Christ Jesus. These things write I unto thee, hoping to come unto thee shortly: But if I tarry long, that thou mayest know how thou oughtest to behave thyself in the house of God, which is the church of the living God, the pillar and ground of the truth. And without controversy great is the mystery of godliness: God was manifest in the flesh, justified in the Spirit, seen of angels, preached unto the Gentiles, believed on in the world, received up into glory.Ã¢â‚¬Â

A bishop is an overseer of a church. It is pretty clear when it says a husband of one wife. That can only be a man. There is no other option here.

Ã¢â‚¬Å“For this cause left I thee in Crete, that thou shouldest set in order the things that are wanting, and ordain elders in every city, as I had appointed thee: If any be blameless, the husband of one wife, having faithful children not accused of riot or unruly.Ã¢â‚¬Â

Paul even repeats himself about this topic two separate times, so people in 2013 could not mistake what he was saying!

Well letÃ¢â‚¬â„¢s just say not everyone liked my session that morning! Within an hour, the head of the camp pulled me aside to have a conversation with me! He was none too happy. So l let him know what I did and how I let people defend it from the Scriptures, and they couldnÃ¢â‚¬â„¢t. He told me that I was arguing from silence on the subject! Wow. What a response. Does Paul seem to be silent on the issue? No way at all. He is extremely clear.

He then tried to use Galatians 3:28 in his argument. It says,

And of course that verse has nothing to do with a woman being a pastor! I actually heard a lesbian use that verse one time to justify her lesbianism! Verses have to be used in context. Also remember to let the clear verses help you understand the unclear verses.

Some of the camp leadership actually got together to make a decision about whether I would be allowed to speak that last night and give my final talk! What amazing days we live in. So I hit them hard with truth in that final talk and sent them off with a good challenge to be soul winners all the days of their lives!

My time at camp ended on a good note, and I challenged the folks to remember to go to GodÃ¢â‚¬â„¢s word for the answers to their questions.

The days are winding down. Truth is being exchanged for untruth. Make sure you donÃ¢â‚¬â„¢t get your Ã¢â‚¬Å“truthÃ¢â‚¬Â from traditions handed down through the General Councils; through trying to be Purpose Driven; through the Southern Baptist Convention, or even through the catechism of any church in the coming days. People can be wrong. The word of God cannot be wrong. Read it, study it, obey it, and bank on it in the days to come!

P.S. Check this picture out:

This is from someone that took a trip to Hawaii! They said:

Ã¢â‚¬Å“One of the things I wanted to do on my vacation was to go on a Ã¢â‚¬Å“ParadiseÃ¢â‚¬Â book tour. I wanted to visit some of the places you mentioned in the book. On this particular day, I was near Punchbowl, so I decided to drive up there and take some photos.

I parked my car and noticed a few guys next to a van dressed in formal military attire. I knew I wanted to witness while on vacation so I had some cases of Paradise sent to Hawaii and kept them in the trunk of my rental car. As I started handing out the books, more guys showed up so I made sure each one of these soldiers got a book.

I thanked these young men for serving our country and told them how their willingness to lay their lives down for our freedoms reminded me of the sacrifice Jesus made for all mankind by giving His life to pay the price for our sins.

As we were getting ready to part ways, the commander shared with me that they were there to honor a soldier who gave his life in service for our country. It was a very emotional moment for all of us. I asked if he would give the family a message from me and gave him some books to bless them. Ã¢â‚¬Â

Thank you all for giving away so many Paradise books to so many people. We continue to get great feedback on it, and people are getting saved! Praise the Lord!!