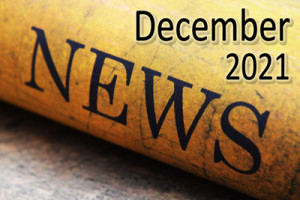 What Kind of Christian Are You? 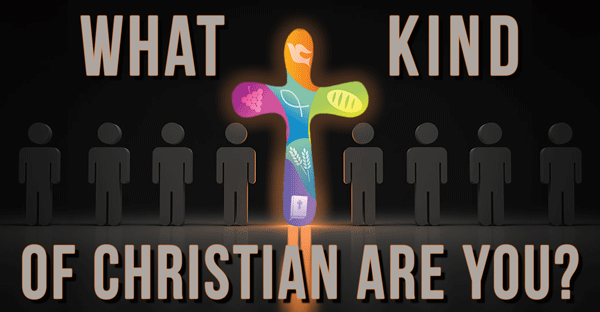 One of the things I like to do whenever I’m in a coffee shop is to buy someone’s coffee. Anthony was behind the counter the other day and said, “You are the second person who has paid for someone else’s coffee today.” I, of course, always reply by saying, “Jesus says it is more blessed to give than receive.” I don’t play the “pay it forward” game. I want to make sure the expression of generosity glorifies the Lord. 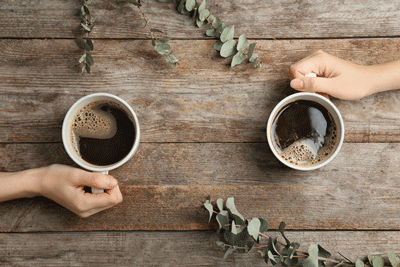 Yesterday, I bought coffee and food for a lady named Ana. She was more than thrilled that someone would do that for another person. I guess it hadn’t happened to her before. We ended up having a short chat before her drink was ready. She eventually asked, “What kind of Christian are you?” What a great question. She stated that there are so many different kinds of religions out there: Mormons, Jehovah’s Witnesses, Roman Catholics, Evangelicals, etc. I let her know that I am a Bible-believing Christian and that I trust Jesus and not a church or denomination for the cleansing of my sin. She liked that answer and said she was an evangelical Christian. After she took a couple of books, she was off to her seat. 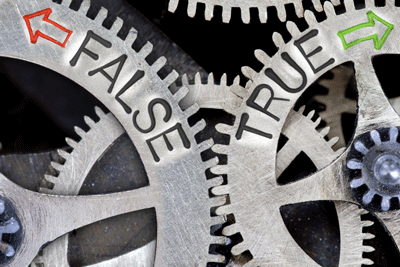 We’re living in a day and age that confuses a lot of things, including religions. Misinformation and disinformation seem to be at an all-time high, but deception about how to get to heaven is full-time business for the enemy of our souls. He is clever. He fools people into throwing some —or all—religions into the same basket, as if mere mental ascent to the existence of God is their ticket to heaven.

It seems that nearly any religion that names the name of Christ is called “Christian,” but most of them fall in the category of “Christian cults.” They appear to be Christian to the outside world because they claim to worship God and Jesus. However, a closer look shows they don’t have the correct image of God, they worship a different Jesus, and they trust in a false gospel. They are counterfeits of biblical Christianity.

Always remember that a false god offers a false atonement through a different gospel that can save no one, but the true God of the Bible offers the powerful gospel of Christ that, once believed, can remove the sinner’s sin and save them from judgment. 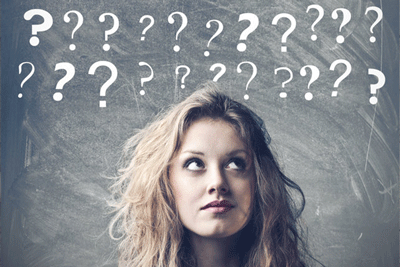 When I left the coffee shop a while later, I waved to Ana and said, “Goodbye.” But, as I was walking to my car, I heard my name being shouted out. It was Ana. She had come out of the coffee shop because she wanted to tell me a story and ask me a question.

Apparently, the week before some people were sitting next to her in a restaurant. They were talking about their lives, and one lady was not having a good one. It was pretty miserable. Then another lady piped in and said, “I don’t believe Jesus is the Son of God.” Ana said everything in her system was screaming to speak up and say something, but she didn’t.

I remind people all the time, “Don’t beat yourself up.” We all miss opportunities that are right in front of us. My goal is to miss fewer and fewer of them. Ana stated that she wanted to get better at sharing her faith and asked how she could learn to do that. We had a great chat. Then, she let me know that after she had missed that opportunity, she prayed that God would show her how she could be bolder in witnessing to people. And, there we were, standing next to each other at a coffee shop! God is good, and yes, God answers prayers!

I asked her, “Is it okay to butt into people’s conversations, Ana?” She said, “No.” I said, “Yes!!” Two very different opinions there! I reminded her that Satan butts into people’s lives all the time, so it is okay to butt into a conversation with life-saving information that will help people out for eternity. We just need to interrupt people in a loving manner, so we can give them the truth they need.

Walk in wisdom toward them that are without, redeeming the time.

And now, Lord, behold their threatenings: and grant unto thy servants, that with all boldness they may speak thy word,

According to my earnest expectation and my hope, that in nothing I shall be ashamed, but that with all boldness, as always, so now also Christ shall be magnified in my body, whether it be by life, or by death. 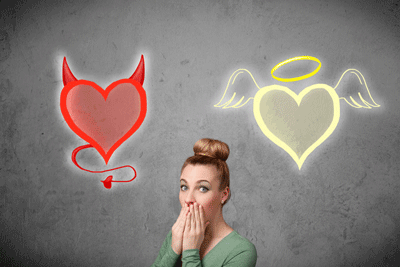 Ana was actually on her way to a Bible study she has with four other girls from her church. I gave her some books for her and the girls, so they would all be encouraged to share their faith.

One thing I said seemed to really resonate with her. It was the same thing I mentioned to someone else earlier that day. I said, “At the end of your life, either God is going to have used you or Satan is going to have used you, but you are going to get used.” Then I usually follow up with, “Have you ever been used by someone before?” They always answer, “Yes.” I then continue by asking, “Was that a good feeling?” And, they always respond in the negative. Then I remind them, “It will not be a good feeling if we allow Satan to do the using of our lives as well.”

Ana and I had a really good give-and-take. It is very exciting to see people in their 20s who want to serve the Lord wholeheartedly. All they might need is some encouragement and direction along the way. Make sure you are an encourager to folks like that as your journey to the throne of God continues.

P.S. When Ana and I were talking, I mentioned that she might like to listen to our talk, Pray for B.O.B. She was planning to find it and watch it.

If you are like her and need some help or encouragement to be bolder about sharing your faith, this talk might be a great video to listen to as you’re driving, working around the house, or exercising. We have heard comments from others saying that it helped them to think through how they might be bolder every time they walk out of their house and into the world. 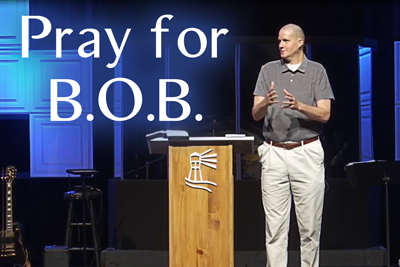 P.P.S. Also, we received a lot of feedback from the newsletter we did about The Berean Call’s article on The Chosen (https://markcahill.org/the-chosen/). A follower of the ministry sent us the link to this short video below. This ecumenical nonsense is destroying the modern-day church. Don’t be a part of it; stand against it:

P.P.P.S. You can also find encouragement to be bolder in your witnessing for the Lord by picking up some of our DVDs, which are on special right now. They are loaded with teaching and real-life examples. Currently, they are being offered at a reduced suggested donation of $8 per DVD or $6 – 6.25 per disc in the bundle. When we see and hear how witnessing conversations go with others, we realize we can do it, too. We serve a great God who can use us in unimaginable ways if we will just step out in faith and speak up! 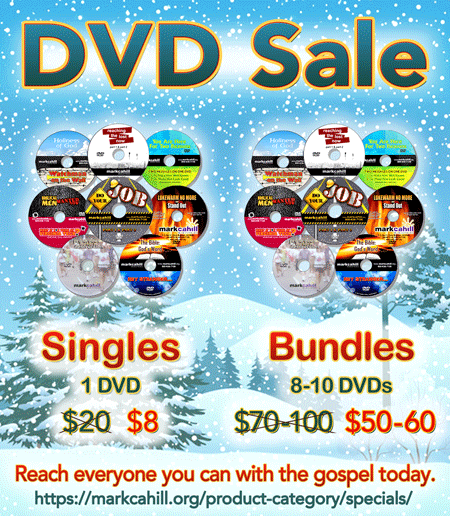