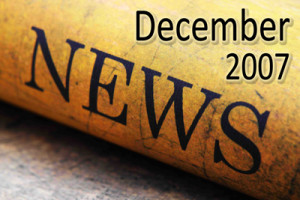 DonÃ¢â‚¬â„¢t Leave Him In the Manger

What a wonderful time of the year it is, snow falling in some places, school is out for most people, and families getting together for their Christmas traditions. Part of that tradition for so many families has to do with the birth of Jesus Christ. Many will go to Christmas plays at their schools and to productions at their church.

Those services can be so beautiful as we learn more about the story of Joseph and Mary, the angels, and Jesus in the manger. But for many that is where the story ends. We have left Jesus in the manger. He is still this cuddly, lovely little baby and not much more. It is a cute tradition that has meaning during this time of the year, but then it is back to our normal lives.

Ã¢â‚¬Å“Who is gone into heaven, and is on the right hand of God; angels and authorities and powers being made subject unto him.Ã¢â‚¬Â

He is not just a baby in a manger. All authorities and powers are made subject to Him. No matter how crazy this world may get in the coming days, Jesus is, and will always be, in control.

Again, Jesus is not some baby in a manger: He is God. When you see Him as God, you now look at Him completely differently. You see His power, His glory, His omnipotence, His love, His forgiveness, and His wrath. You donÃ¢â‚¬â„¢t see those things when you just see him as a baby in a crib or a manger.

As I heard a pastor say recently, that some people see Jesus as a good rabbi, some see Him as a great prophet, and many see Him as a great humanitarian; but He is so much more. He is God. Do you see Him that way? Do you see the power that He has? Do you realize that you will stand in front of Him and give account of your whole life one day?

Ã¢â‚¬Å“In whom we have redemption through his blood, even the forgiveness of sins: Who is the image of the invisible God, the firstborn of every creature: For by him were all things created, that are in heaven, and that are in earth, visible and invisible, whether they be thrones, or dominions, or principalities, or powers: all things were created by him, and for him: And he is before all things, and by him all things consist. And he is the head of the body, the church: who is the beginning, the firstborn from the dead; that in all things he might have the preeminence. For it pleased the Father that in him should all fulness dwell;Ã¢â‚¬Â

Do you see Him as the Creator of the whole universe? You need to see Him that way because that is who He is.

Ã¢â‚¬Å“But with the precious blood of Christ, as of a lamb without blemish and without spot:Ã¢â‚¬Â

When you see Him as the perfect Lamb of God who took upon our sin as the only possible sacrifice for those sins, you can never just see him as a baby in a crib.

Ã¢â‚¬Å“And I saw heaven opened, and behold a white horse; and he that sat upon him was called Faithful and True, and in righteousness he doth judge and make war. His eyes were as a flame of fire, and on his head were many crowns; and he had a name written, that no man knew, but he himself. And he was clothed with a vesture dipped in blood: and his name is called The Word of God. And the armies which were in heaven followed him upon white horses, clothed in fine linen, white and clean. And out of his mouth goeth a sharp sword, that with it he should smite the nations: and he shall rule them with a rod of iron: and he treadeth the winepress of the fierceness and wrath of Almighty God. And he hath on his vesture and on his thigh a name written, KING OF KINGS, AND LORD OF LORDS.Ã¢â‚¬Â

Kind of sounds like a little bit more than just a baby in a manger. All you can do is fall down and worship Him after reading verses like that.

Remember during this Christmas season that the Jesus you believe in is out of the manger and sitting at the right hand of God. Stay focused on that fact. Remember whom you will answer to for your entire life when you die. Make sure it is the Biblical Jesus that you believe in for your salvation. And since you believe in Him, it is a great time to share that belief with someone. The belief that Heaven is real, Hell is real, God is real, and so is Jesus. The Jesus that sits at the right hand of the Father does not fit in a manger; so donÃ¢â‚¬â„¢t leave your faith in that manger.

Keep letting down your nets,