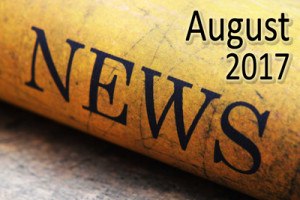 You may remember the Daniel Holtzclaw case that took place in Oklahoma City a few years ago. I remembered it vaguely as I was looking into this report. I do recall that his trial happened after the events of the Ferguson riots. What mostly stuck in my mind was his sentence of 263 years in prison! But if you are a police officer who takes advantage of women on your beat, a good long sentence is good for you and well deserved.

Now, many of you know that I live by the adage QEQE: Question Everything and Question Everybody. Things arenÃ¢â‚¬â„¢t always as they seem. This appeared to be an open and shut case, so once Daniel Holtzclaw was convicted, it was time for America to move on to the next big media event.

But then I heard that Michelle Malkin was questioning the verdict given for Daniel. She is an excellent thinker. Processes things very well. Strong Christian. I really enjoy watching her interviews on TV and reading some of her articles. So I was very curious about why she would be investigating this open and shut case.

Then I found out that she is now doing a TV program calledÃ‚Â Michelle Malkin Investigates.Ã‚Â Her shows are available on the digital network CRTV.

What I want you to do is watch the two free episodes about this case. It will take a little bit of your time, but you will not be disappointed. They are calledÃ‚Â Daniel in the Den, Part 1 and Part 2. I think you will be fascinated by what she says and how she investigates this case.

But as I watched her present the facts, I was becoming incensed. It was hitting me that someone was lying. Someone was lying very badly. Someone in this trial had no regard for the truth, and those lies would have major repercussions.

Ã¢â‚¬Å“Ye shall not steal, neither deal falsely, neither lie one to another.Ã¢â‚¬Â

Ã¢â‚¬Å“I hate and abhor lying: but thy law do I love.Ã¢â‚¬Â

Ã¢â‚¬Å“Lying lips are abomination to the Lord: but they that deal truly are his delight.Ã¢â‚¬Â

Ã¢â‚¬Å“But Peter said, Ananias, why hath Satan filled thine heart to lie to the Holy Ghost, and to keep back part of the price of the land?Ã¢â‚¬Â

Ã¢â‚¬Å“A false witness shall not be unpunished, and he that speaketh lies shall perish.Ã¢â‚¬Â

So letÃ¢â‚¬â„¢s say Daniel Holtzclaw was lying. That means he deceived himself into thinking he could get away with his crimes. It also means he deceived his parents and sister into believing he was innocent, when he was not. And it means he misled the people who defended his innocence and misled the donors who contributed money for his defense.

On the other hand, letÃ¢â‚¬â„¢s say his accusers were lying. That means they have deceived themselves into thinking itÃ¢â‚¬â„¢s okay to lie. It also means they have taught their families that lying is okay. They think the ends justify the means. If they get monetary payouts, which they will, then they have also deceived and taken money from the tax payers of Oklahoma. They have lied against an innocent man. They put an innocent man in jail for the rest of his life. They have destroyed him.

I do remember when Daniel broke down crying after the verdict. I remember how people mocked him for crying and for getting what he deserved because of his crimes against those women. But what if it was all a ruse and it never happened the way it was portrayed?

As I am writing this, the appeal process is taking place. And something interesting is surfacing. There might be some problems with the supposed DNA evidence and with one of the expert witnesses in the case:

So where does this leave us? Simple. Tell the truth. Be honest in your dealings with people. There is no need to lie. A dollar bill is not worth lying and not worth ruining your integrity. Telling the truth does the body good. What a better society this would be if people and governments told the truth.

Please pray for the women who have accused Daniel, the prosecutors, and Daniel and his family. One hundred years from now, all of the participants will have met Jesus face to face, and we want them all to be born again before that day. And remember to QEQE all the days of your life.