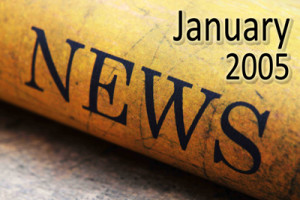 Why DidnÃ¢â‚¬â„¢t The Animals Die?

But one of the more interesting events of that day has escaped many people. When looking amongst all of the dead bodies, people said they could not find any dead animals. People said that there were none. Zero dead animals. How can that be?

A zookeeper said that, about five minutes before the tsunami came aground, the elephants chained to trees in his zoo began to break the chains and go up into the hills! Some Japanese tourists were riding on elephants when the elephants suddenly started heading up to higher ground. That undoubtedly saved the lives of those people.

Question: How did the animals know this and the people didnÃ¢â‚¬â„¢t? In Genesis 1, we read that we are the highest part of GodÃ¢â‚¬â„¢s creation. There is nothing more special to God than mankind; it is something that He deemed very good. So why did animals know to flee, and mankind didnÃ¢â‚¬â„¢t?

Jesus warned us Ã¢â‚¬â€ during his listing of the signs of the end times Ã¢â‚¬â€ to keep a lookout for earthquakes in various places.

Ã¢â‚¬Å“For nation shall rise against nation, and kingdom against kingdom: and there shall be famines, and pestilences, and earthquakes in divers places.“

Jesus was referring to the many Old Testament warnings of earthquakes that would accompany the End Times. For instance, the prophet Isaiah wrote,

Ã¢â‚¬Å“The earth shall reel to and fro like a drunkard, and shall be removed like a cottage; and the transgression thereof shall be heavy upon it; and it shall fall, and not rise again.”

The book of Job tells us that the God can literally reel the earth to and fro when He wants.

Ã¢â‚¬Å“Thou carriest them away as with a flood; they are as a sleep: in the morning they are like grass which groweth up. In the morning it flourisheth, and groweth up; in the evening it is cut down, and withereth.Ã¢â‚¬Â

We can literally be asleep and a flood can carry us away! And looking ahead, as Jesus told us to do, we read in the book of Revelation that many earthquakes will literally change the face of the earth beyond recognition! First it says Ã¢â‚¬Å“every island and mountain were moved out of their places.Ã¢â‚¬Â (Rev. 6:14). Further on, after mentioning many other earthquakes, it gets to the worst:

Ã¢â‚¬Å“And the seventh angel poured out his vial into the air; and there came a great voice out of the temple of Heaven, from the throne, saying, Ã¢â‚¬Å“It is done.Ã¢â‚¬Â And there were voices, and thunders, and lightnings; and there was a great earthquake, such as was not since men were upon the earth, so mighty an earthquake, and so great. And every island fled away, and the mountains were not found.”

What this is saying is that at the end of the End Times, no map of today, no globe, no atlas will show anything that matches what the earth will look like then. ThatÃ¢â‚¬â„¢s how bad the earthquakes Ã¢â‚¬â€ and resulting tsunamis, in some places Ã¢â‚¬â€ will be.

Do the major tragedies of life get your attention? Do they make you think about your mortality? Do you realize it could have been any one of us who died in that tsunami, or in a car accident that day? Is hearing of these events driving you and me closer and closer to the cross of our Lord?

ItÃ¢â‚¬â„¢s interesting that many survivor stories were of Christians and Jews who believe in the God of Abraham, Isaac, and Jacob, and were praying. For example, on CNN, Daylan Sanders, founder and director of Samaritan Children’s Home on Sri Lanka, told of how God rescued him and the 28 orphans in his care:

…there are no words in human speech to describe what we saw. It was a 30-foot wall of sea, just bearing down on us like an angry monster. And it was coming at us at such speed, I knew that there was no place on ground where we could be safe. So I knew — there was something in me that told me that instantly … we’ve got to get on top of this wave if… to stay safe.

So I came out, I called out for the children. They all came. We rushed. We had just 10 seconds to get into the boat … you know, [the wave] had rushed in … just demolished everything that stood in its path. It came with such force. It just hit both of the garages. The garages just splintered in every direction. It lifted up my Toyota pickup vehicle, my Mitsubishi L-300. We had a three-wheeler, a motor bike. Everything — it just pulverized.

… when we got into the boat, it was just a few Ã¢â‚¬â€ I would say about 15 feet away, and we were eyeball to eyeball with the wave. And immediately, a Scripture popped into my mind. It said, “When the enemy comes in like a flood, the Spirit of the Lord shall raise up a standard against it.”

And I thought I was imagining at the time that the massive wall of water, it stood. It Ã¢â‚¬â€ I’m not one given to exaggeration Ã¢â‚¬â€ we saw, as if something holding back, some invisible force or hand. It just stood.

Sanders told how this was confirmed by survivors who saw the wave stand still, and asked him why it happened. He told CNN:

[Survivors] said, Ã¢â‚¬Å“When it got on your land, at one point, it stood still. It just slowed down. And that gave you the chance. What made it? Was it the density of the trees or the buildings?Ã¢â‚¬Â I said, Ã¢â‚¬Å“There was no power on Earth that could have held it back but the power of God.Ã¢â‚¬Â I said, Ã¢â‚¬Å“I called upon God, and I commanded it in the name of Jesus, who 2,000 years ago commanded the waves, and they obeyed. He commanded the sea, and they obeyed. And this is the very same God did the same to us and gave us those precious few seconds that we needed …Ã¢â‚¬Â

The God of this universe is always in control whether during a tsunami or on 9/11. Are you trusting that same Jesus?

So, back to our question: Why did the animals escape and the people die? Because we live in a sinful fallen state. We are under the curse of sin in this world. The animals are not. Yes, they will die someday, but not as easily or ignorantly as people.

We will all die one day because of sin. Yes, Ã¢â‚¬Å“the wages of sin is death, but the gift of God is eternal life through Jesus Christ our Lord.Ã¢â‚¬Â (Romans 6:23) Death is assured for all of us. We will not make it out of this world alive. The important question then is: Am I ready to go if today is my day? Matthew wrote,

“The Pharisees also with the Sadducees came, and tempting desired him that he would shew them a sign from heaven. He answered and said unto them, Ã¢â‚¬Å“When it is evening, ye say, Ã¢â‚¬ËœIt will be fair weather: for the sky is red.Ã¢â‚¬â„¢ And in the morning, Ã¢â‚¬ËœIt will be foul weather to day: for the sky is red and lowring.Ã¢â‚¬â„¢ O ye hypocrites, ye can discern the face of the sky; but can ye not discern the signs of the times? A wicked and adulterous generation seeketh after a sign; and there shall no sign be given unto it, but the sign of the prophet Jonah. And he left them, and departed.”

Jesus says here that people can understand what type of weather is coming, but lack the discernment to figure out the times they are living in. From the reports of the tsunami, we see that some of us are not even good at figuring out the signs of nature: People watched the water retreat and didnÃ¢â‚¬â„¢t know it was sign that a tsunami was coming!

So Ã¢â‚¬â€ knowing that it is our job to reach lost souls before the Ã¢â‚¬Å“tsunamiÃ¢â‚¬Â of their personal life hits Ã¢â‚¬â€ specially pray this year:

Ã¢â‚¬Â¢ For discernment to recognize the evil and wicked times that we live in.

Ã¢â‚¬Â¢ To understand what the Bible says about the times that we live in.

Ã¢â‚¬Â¢ To know how to apply that godly understanding to our lives.