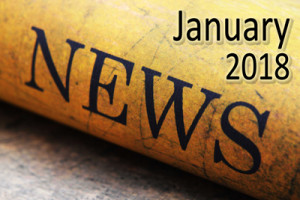 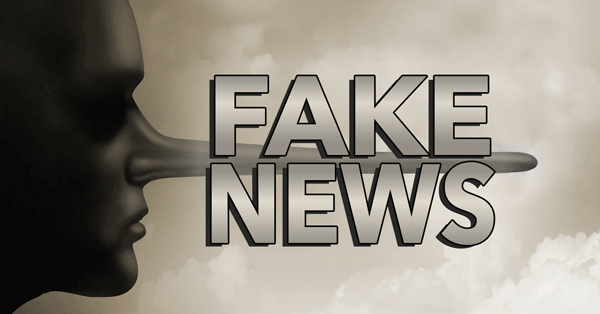 Now when they were going, behold, some of the watch came into the city, and shewed unto the chief priests all the things that were done.

And when they were assembled with the elders, and had taken counsel, they gave large money unto the soldiers,

Saying, Say ye, His disciples came by night, and stole him away while we slept.

And if this come to the governor’s ears, we will persuade him, and secure you.

So they took the money, and did as they were taught: and this saying is commonly reported among the Jews until this day.

After Jesus rose from the dead, the Jewish leaders had trouble on their hands. You really canÃ¢â‚¬â„¢t explain away an empty tomb, can you?! Or can you? And, of course, the easiest way to get around that inconvenient truth is to lie. Now many people are caught in their lies, but their lie seems to be the best option for them at that moment.

Ã‚Â Ã‚Â Ã‚Â Ã‚Â Ã‚Â So the chief priests came up with a plan. They couldnÃ¢â‚¬â„¢t let the truth play itself out. They already knew that Jesus was no ordinary man, and a resurrected Christ would literally be the end of their power. People would follow after the Messiah, Jesus Christ, and join this new sect of Judaism.

Ã‚Â Ã‚Â Ã‚Â Ã‚Â  Always be careful of a dollar bill. It is so fleeting. You and I have both seen peopleÃ¢â‚¬â„¢s lives destroyed by trying to make a dollar bill. People think money will make their lives so much better. Yet, it can destroy them and,many times,Ã‚Â their families by chasing after it.

Ã‚Â Ã‚Â Ã‚Â Ã‚Â  During the 1996 Olympics held here in Atlanta, there were vendor booths, or tents, all over the place. These merchants were selling t-shirts, trinkets, etc. They were literally everywhere! A lot of them did not do much business because there were too many of them and not enough customers. Well, after the Olympics were over, a number of them complained to the Olympic Committee who put the event together. They had paid top dollar for those tents. Some of their stories were heartbreaking. Some of those folks had put in their life’s savings into chasing after Olympic dollars thinking they would make a windfall. No, they ended up losing their lifesavings instead. That is the one of the chances you take when you chase after the Almighty Dollar.

Back in 1st century Jerusalem, the Jewish leaders paid the soldiers to say that Jesus was stolen away by His disciples while they were asleep. That was literally fake news. Not trueÃ‚Â at all. Total bunk. A lie above all lies.

So what did this lie do? It did what all lies do: deceive people. People were looking for truth but they would get another lie.

I want you to look up the term Operation Mockingbird. Below is a very short, but stunningly powerful, video about this practice:

One of the things we humans typically do is take people at their word. If someone tells us something, we tend to believe it and follow it, especially if that person is respected. Just seems to be how we are built. Instead of being skeptical and asking questions, we kind of shut down that part of our brains and believe whatever we are told.

Here is a simple article about how governments can use the guest appearances of military analysts on TV to manipulate how the public thinks:

If you ever study how polling is conducted, you will find that it is a fascinating science. You will learn to basically believe none of the polls out there! The last presidential election should have taught us that. Polls really arenÃ¢â‚¬â„¢t meant to gather data on what people believe; they are designed to manipulate the thinking of those who read them in order to move their thoughts in a certain direction. The way the questions are phrased, the size of their sample group, who is sampled, etc., are all ways that polling companies manipulate their polling data to come up with the answers they want. And for that matter, who is paying the pollsters anyway?

So how do you make sure you are not getting fake news? How do you know you are getting truth?

Well, the first thing I do is not, under any circumstances, trust what is coming across the airwaves at me! The news programs have lied so much through the years that I cannot trust them. So whatÃ‚Â do I do? I have to dig, I have to research, I have to look on the web, I have to check the sources that people are using, etc. I also have to realize that people do not have my best interests at heart. They are trying to mess with my thinking. So I have to take a step back and evaluate the information I gather. I take information from both sides of an argument and see where it leads me. I then come to a decision about what I believe to be true. Now, I can still be being manipulated, but the chance for error is far less when I do a little research.

And, as you know, because you believe upon the Lord Jesus Christ and you are reading your Bible front to back this year, I can definitely Ã¢â‚¬â€ most definitely and without a shadow of a doubt Ã¢â‚¬â€ find eternal truth in the Word of God!!

Ã¢â‚¬Å“The words of the Lord are pure words: as silver tried in a furnace of earth, purified seven times.Ã¢â‚¬Â

So when I bought the meal of a couple at Outback Steakhouse one night, I went over and told them why I did so. I let them know that Jesus said it was more blessed to give than receive. Well, they ended up being JehovahÃ¢â‚¬â„¢s Witnesses! They didnÃ¢â‚¬â„¢t believe that Jesus is God. They were believing fake reports about JesusÃ¢â‚¬â„¢ identity. So I asked the man what he thought about 1 Timothy 3:16, which shows unequivocally that Jesus is God. We had a good give and take. I know I have the truth in my hands with my Bible, as long as I interpret it correctly! At the end of our discussion, he asked if I still wanted to pay for their meals! It was kind of funny. Of course, the answer was Ã¢â‚¬Å“yes.Ã¢â‚¬Â I buy meals all the time for lost people and for people with false teachings. They need to see that we Christians are different, both in our words and in our actions.

I hate to say it, but there will be much more fake news coming at us before the return of Jesus Christ. People are lying all the time, and they will get caught in their lies either here or on the other side. I have to keep my guard up and not believe everything I hear. I have to keep in mind that thereÃ¢â‚¬â„¢s an agenda behind the scenes driving the lies being told. I must know GodÃ¢â‚¬â„¢s Word better this year than I did last year. The Great Deceiver is trying to deceive. No problem. That is what he has done throughout all of history. I just have to make sure that I am not one of the people he can deceive! Same goes for you. Keep your eyes open and enjoy the journey through life that is bringing you closer to the eternal throne of God with each passing day!