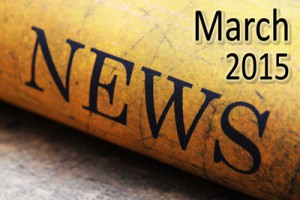 His Goose Is Cooked

We live in troubling times. That is nothing new. The news is replete with negative story after negative story. But it just seems to me like we have hit another level. Like something is going on in the heavenlies, and it is being shown to us here on planet earth. The prince of the power of the air seems to be working overtime at the moment. Maybe he knows something that we donÃ¢â‚¬â„¢t.

I was looking at an article about a famous Auburn University alumnus, and it made me go look up other Auburn alumni or people with connections to the school that may not have graduated. This is the list I came up with:

ThatÃ¢â‚¬â„¢s a pretty impressive list! The article that I initially read was about Tim Cook, and it was a pretty fascinating article. If you would like to read it, here it is:

Mr. Cook has decided to announce to the world that he sleeps with other men. That is his choice. He has a platform, and if he thinks that is a piece of information the world needs to know, fine I guess. But he didnÃ¢â‚¬â„¢t stop there. He actually stated, Ã¢â‚¬Å“So let me be clear: IÃ¢â‚¬â„¢m proud to be gay, and I consider being gay among the greatest gifts God has given me.Ã¢â‚¬Â Well hold up now! He has now taken a very big step. Not only does he say that he sleeps with men, but he is now saying that it is God that gave him that gift! That is kind of interesting. What God is he talking about? The God of the Bible? The God of Islam? Or a God he made up in his head?Ã‚Â  He didnÃ¢â‚¬â„¢t seem to elaborate on that one.

He also states that now he understands what it is like to be in the minority and to rise above the bigotry. Wow. What a strong man. He comes out as a homosexual in one of the easiest countries to do so and in one of the easiest times in American history to do so! Sorry, I am not buying what he is selling. He should actually try being a Bible believing Christian in America in 2015! He might really see some bigotry then! Or maybe he should move to ISIS territory and proudly proclaim his support for gay marriage! Well I think we know and he knows how that would end.

But alas, he was not done. He also said, Ã¢â‚¬Å“And I will personally continue to advocate for equality for all people until my toes point up.Ã¢â‚¬Â Until his very last breath, he is going to work hard for equality. He states earlier in the article that part of what he is talking about is marriage equality. He will stand for and promote gay marriage until he is dead on a gurney in a hospital.

Sadly, it looks like Mr. Cook wonÃ¢â‚¬â„¢t be alone in his promotion of gay marriage. The same stand is now coming from inside the church!

I am not exactly sure what this Ã¢â‚¬Ëœdivine windÃ¢â‚¬â„¢ is that the pastor is talking about, but I can 100% guarantee you that it was not the Holy Spirit that you read about on the pages of Scripture. You could not take the Bible, wrap a rainbow flag around it, squeeze it as hard as you want to, and get gay marriage out of that Book! There is no way to do that. He must have felt the prince of the power of the air and didnÃ¢â‚¬â„¢t even know it. And that is probably what is most sad about this.

This is another group that has taken their agenda into prayer and then thinks that God has blessed it. It is your job to be conformed to what the Scriptures teach us, and not our job to get the Scriptures to conform to what we want it to say. Do we want the approval of fellow sinners or of Almighty God? It is a choice every one of us has to make.

God designed marriage and He gets to define marriage. Simple as that.

Ã¢â‚¬Å“Therefore shall a man leave his father and his mother, and shall cleave unto his wife: and they shall be one flesh.Ã¢â‚¬Â

Ã¢â‚¬Å“And he answered and said unto them,Ã‚Â Have ye not read, that he which made them at the beginning made them male and female, And said, For this cause shall a man leave father and mother, and shall cleave to his wife: and they twain shall be one flesh? Wherefore they are no more twain, but one flesh. What therefore God hath joined together, let not man put asunder.Ã¢â‚¬Â

What do you think? Pretty clear? I believe it is as clear as it gets! I think we can take Jesus at His word. I get the feeling He knows what He is talking about! You donÃ¢â‚¬â„¢t need to pray about whether God says yes to gay marriage. DonÃ¢â‚¬â„¢t waste your prayer time on it and for sure donÃ¢â‚¬â„¢t spend three years wrestling with it! DonÃ¢â‚¬â„¢t pray, obey. He has given us His definition and now it is our job to follow what He has said.

Do you notice around the world that marriage is only between two people? Do you ever wonder why? You got it! God said so back in Genesis and Jesus confirmed it. So even though some people, every now and then, have tried to adjust that number, the worldwide standard for how many people can enter into a marriage agreement is still the Biblical standard of two.

If we are not going to stand up for the Lord Jesus Christ, unborn babies, and GodÃ¢â‚¬â„¢s definition of marriage, it is time to throw in the towel. Just give up. Go live in your lukewarm lifestyle. Where are our backbones? When are we going to stand up and make a difference for Jesus? The time is now!!

Trust me, if your goal is to be friends with everyone and have everyone like you, evangelical Christianity is not what you are looking for.

I believe that this is a practical world and that I can count only on what I earn. Therefore, I believe in work, hard work.

I believe in education, which gives me the knowledge to work wisely and trains my mind and my hands to work skillfully.

I believe in honesty and truthfulness, without which I cannot win the respect and confidence of my fellow men.

I believe in a sound mind, in a sound body and a spirit that is not afraid, and in clean sports that develop these qualities.

I believe in obedience to law because it protects the rights of all.

I believe in the human touch, which cultivates sympathy with my fellow men and mutual helpfulness and brings happiness for all.

I believe in my Country, because it is a land of freedom and because it is my own home, and that I can best serve that country by Ã¢â‚¬Å“doing justly, loving mercy, and walking humbly with my God.Ã¢â‚¬Â

And because Auburn men and women believe in these things, I believe in Auburn and love it.

Uh oh. Someone is in trouble! Probably not Mr. Petrie. Hopefully he is enjoying streets of gold right now and the Lord Himself! But he quoted Scripture in that creed! That is a Ã¢â‚¬Ëœno-noÃ¢â‚¬â„¢ in 2015! Do you think the atheists know this? Do you think Tim Cook knows this? Because the God in this creed might just have a few disagreements with Mr. Cook.

A quote from this article says: Ã¢â‚¬Å“A few weeks after Cook made his theologically outrageous Ã¢â‚¬ËœgayÃ¢â‚¬â„¢ announcement to the delight of media and homosexual activists alike, he reportedly made a huge gift to HRCÃ¢â‚¬â„¢s Ã¢â‚¬ËœProject One AmericaÃ¢â‚¬â„¢Ã¢â‚¬â€Ã¢â‚¬Ëœa comprehensive, multi-year campaign to dramatically expand LGBT equality [read: acceptance of homosexuality and gender rebellion] in the South through permanent campaigns in Mississippi, Alabama, and Arkansas.Ã¢â‚¬â„¢Ã¢â‚¬Â

There is a battle going on folks. Are you willing to engage? Willing to fight for truth?

Apple hired a lobbyist in Alabama, and the day he was outed as believing in traditional marriageÃ¢â‚¬â€¢the same definition that God uses for marriageÃ¢â‚¬â€¢he was fired by Apple.Ã‚Â  Apple has an agenda folks, and itÃ¢â‚¬â„¢s unbiblical. If you donÃ¢â‚¬â„¢t think they mean business when it comes to gay marriage, think again.Ã‚Â  Are you going to keep supporting it?

I will never give Apple one nickel. I have never given them one to this day, and they wonÃ¢â‚¬â„¢t be getting any in the future. If they became the only company to buy a phone from or to sell a book with, I would still never give them any of the money that God has put in my pocket. Why? I know what they would do with my money, and I donÃ¢â‚¬â„¢t like it. I will spend it elsewhere.

Auburn had Tim Cook speak at one of their graduations. I wonder what he told them that will last for eternity? I personally would have liked to hear Mr. Petrie at my graduation from Auburn!

No, Auburn has never invited me as a commencement speaker. But I have been having some trouble getting my mail, so that is what it must be! I donÃ¢â‚¬â„¢t think I am on their shortlist, and I will be officially off their list after this newsletter.

The good news is that Mr. Cook is still alive! His goose does not have to be cooked for eternity. He can still repent and believe upon the Lord Jesus Christ for the forgiveness of his sins. He has the ability and responsibility to make that decision.

If I ever get the chance to meet him, I will not ask him a thing about gay marriage. I will witness to him about Jesus Christ, though! He needs a new heart and only God can provide that.

Dark days ahead, yÃ¢â‚¬â„¢all. Time to light it up with the truth and love of Jesus Christ!!

P.S. We just had a lady send us this email and this picture: 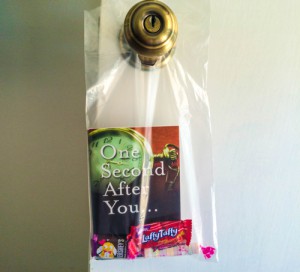 Ã¢â‚¬Å“Just wanted you to see what about 100 of my neighbors are getting for ValentineÃ¢â‚¬â„¢s Day! I hope to do it all again with another one of your booklets for Easter! Praying like you, that God will put a name on each booklet and prepare their hearts and minds to receive them! Thanks for making them available to us!Ã¢â‚¬Â

That is a great idea for Resurrection week! One time, we had a church Ã¢â‚¬Å“door hangÃ¢â‚¬Â 1000 houses around their church inviting folks for Resurrection weekend services and put one of our booklets in each plastic bag. The pastor told me, Ã¢â‚¬Å“Even if they donÃ¢â‚¬â„¢t come for services, we know they have got the gospel!Ã¢â‚¬Â ThatÃ¢â‚¬â„¢s my kind of pastor! You can get the booklets at the website and find the door hangers on the internet. Keep planting those seeds for the Lord