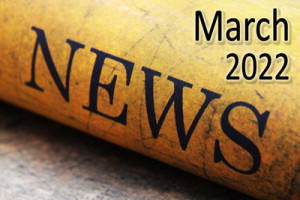 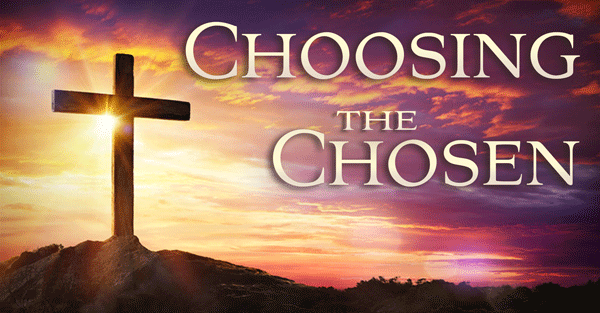 “The Chosen’s director, co-writer, and chief publicist, Dallas Jenkins, has gone on record stating that the Mormon Jesus is the same as the Bible’s Jesus. In an interview Jenkins did in May of 2020 on a Mormon program, he stated:

‘I can honestly say . . . one of the top three most fascinating and beautiful things about this project has been my growing brother and sisterhood with people of the LDS community that I never would have known otherwise and learning so much about your faith tradition and realizing, gosh, for all the stuff that maybe we don’t see eye to eye on, that all happened, that’s all based on stuff that happened after Jesus was here. The stories of Jesus, we do agree on, and we love the same Jesus. That’s not something that you often hear. . . . I mean I’ll sink or swim on that statement, and it’s controversial, and I don’t mind getting criticized at all for the show, and I don’t mind being called a blasphemer. . . . I’ve made it very clear that, if I go down, I’m going down swinging, protecting my friends and my brothers and sisters. . . I don’t deny we have a lot of theological differences, but we love the same Jesus.(emphasis added)’” 1 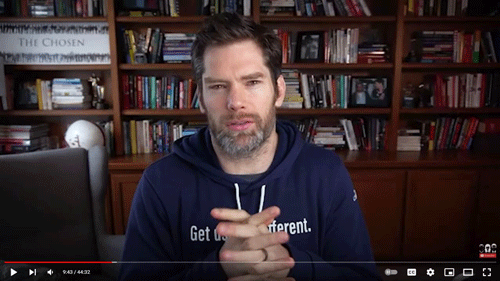 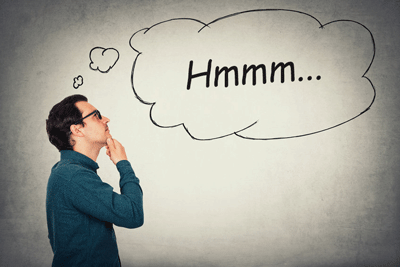 “In a 2021 interview, Dallas Jenkins says the following:

“In other words, Jenkins seems to be saying that everything in the series has been approved by God. And what’s more, God isn’t going to let Jenkins mess any of it up, even though Jenkins went to Mormons to help create, produce, and promote The Chosen and develop a ‘definitive portrayal’ of the church, even though most of the content of The Chosen is not found in the Bible (by Jenkins’ own admission).”3

“Dallas Jenkins told one interviewer that ‘95% of the content [of The Chosen] isn’t from the Bible.’4 This means that The Chosen is almost completely man’s word—not God’s Word.”5 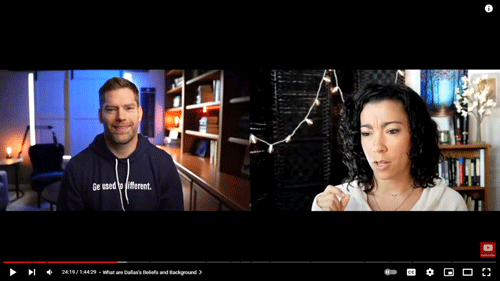 Who Do They Honor and Worship? 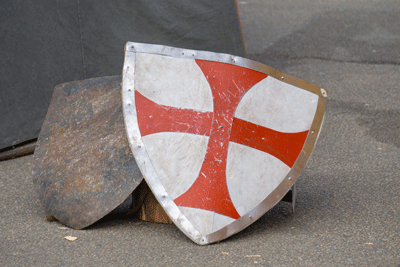 “Jonathan Roumie, the actor who plays Jesus in The Chosen, is a fervent Catholic with a strong affinity toward the New Age. He is a Knight’s Templar, and in 2020, he was nominated for papal knighthood;6 he also claims to have had ‘personal interactions’ with a deceased Catholic ‘saint.’ Roumie ‘credits his Catholic faith as the foundation of his portrayal of Jesus.’7 And now, because of his newfound celebrity status from playing the role of Jesus, Roumie has gained a significant global platform through interviews, live events, YouTube, TV, radio, and social media—a platform he is using to draw his fans and followers to his Catholic beliefs and his New Age propensities.”8

“In an August 2021 statement on his Twitter account, Roumie posted a photo of himself standing next to the tomb of Padre Pio, a Roman Catholic priest and mystic who died in 1968. Roumie stated:

“‘Visiting Saint Padre Pio, one of the most powerful saints and witnesses to the suffering and the miracles of Christ in the 20th century, as well as one with whom I’ve had personal interactions; also the first priest on record to have had the stigmata (physically documented)!’ (emphasis added)9

“(In an interview with Roumie, a Catholic priest stated: ‘God bless Dallas for being able to help us [the Catholic Church] to actually spread this message of divine mercy in a way through you [Roumie].’)”10 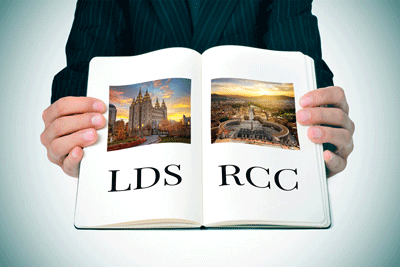 “In August of 2021, Dallas Jenkins joined Jonathan Roumie for a visit with Pope Francis. As the two were sitting together waiting for the meeting, Roumie asked Jenkins what he was thinking at that moment. Jenkins replied: 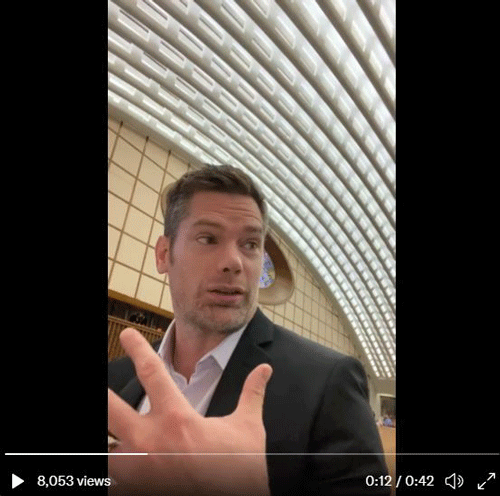 All of the above quotes are taken from a booklet called, The Chosen Series: 10 Critical Concerns, which is written and published by Lighthouse Trails Research. Lighthouse Trails is a ministry that holds up the schemes of the evil one to the light of truth to expose error. You can check out this booklet at the link below.

Who Are You Partnering With? 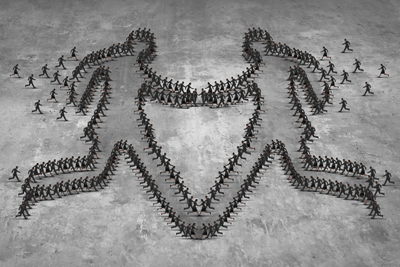 Dallas Jenkins has no problem partnering with Mormons on this project, even though Mormons have a false God, a false Jesus, and a false gospel.

Dallas has no problem adding to God’s Word. Some of the things he has portrayed in his series are beyond absurd, and yet, there they are. And if songs can get stuck in our heads and trigger memories for what seems like forever, imagine how these scenes will replay in someone’s mind as they read their Bible!

Do you heed the words of Revelation 22?

Dallas also has no problem partnering with Catholics on this project. Is there a problem with having a Catholic guy portray Jesus? Do the producers of this series not realize that people tend to Google everything nowadays? When they Google this actor and find out he is a radical Catholic, they will be led to think that Catholicism is just fine, especially since both men gave a warm greeting to the Pope.

If there come any unto you, and bring not this doctrine, receive him not into your house, neither bid him God speed:  For he that biddeth him God speed is partaker of his evil deeds. 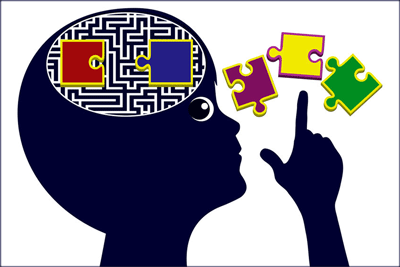 We wrote a newsletter about The Chosen a few months ago. Boy, did it generate some feedback! It generated as many comments as when we write about Calvinism or speaking in tongues.

I responded to some of the folks who wrote in. I sent a few questions to one guy:

Do you ever wonder why Jesus didn’t arrive during the video generation? I have thought about that. It would have been much easier than arriving in the writing generation. Just plan to arrive when we have production equipment and cell phones. His message would have been disseminated across the world in a matter of seconds.

Does adding to the Scriptures matter to you? It sure seems that it matters to God when reading Revelation 22.

Does partnering with Mormons for the sake of getting the “gospel” out matter to you?

Interestingly, this man had enough time to critique the newsletter but not enough time to defend his position by answering some questions. It’s kind of the world we live in today.

What Are You Choosing? 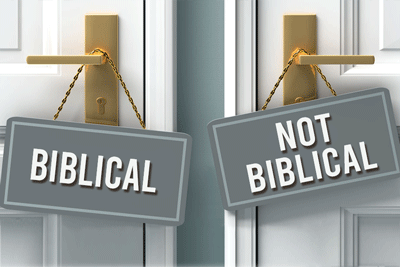 Theater was popular in the Roman world during the days of Jesus. Have you ever wondered why the Apostles didn’t start an acting troupe to spread the gospel message to the world? If drama were such an effective tool to communicate the life of Jesus, then the Apostles could have gone on tour. But God “chose” to reveal Himself through His Word and His Word only. And the Apostles were persecuted because they “chose” to preach the Word.

If you are choosing The Chosen, it is time to choose something else. Instead of donating money to fund its production, why not buy some tracts and hand them out? Why not start your own outreach, like stocking a tract rack at your church or supplying the visitor’s table with materials for people to take with them? Instead of recommending this false teaching to someone, why not give them a Bible and witness to them? Or maybe hand them a good, solid book about the evidence for Christianity?

“In Season 2, Episode 4, a religious zealot, in referring to the Roman official they are seeking to kill, turns to his accomplice and states—‘Never underestimate the enemy.’12 But have Dallas Jenkins, his Mormon partners, his Catholic Jesus, and complacent viewers underestimated the enemy and where this all may be going?”13

Never underestimate the enemy. He is hard at work these days. There is no need for us to help him in his endeavors.

P.S.   These kids were part of a youth retreat I was invited to speak at recently. They were trained up to reach the lost and to follow the Lord all the days of their lives.