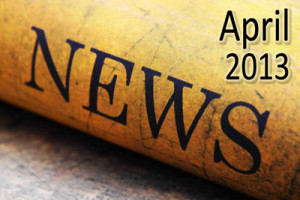 The country of Cyprus has run into a bit of a problem. They are in debt. They keep running up more and more debt, but have no way to pay for it. So what do countries and some people do when they have debt they canÃ¢â‚¬â„¢t pay for? They borrow money to pay for it. So instead of cutting back on spending, so that they spend less and live within their means, they borrow more money, so they can keep living outside their means. But part of the bailout Cyprus needs is for the large banks there. Some of those banksÃ¢â‚¬â„¢ risk has been taken on by the Cyprus Government. Anyone heard the Ã¢â‚¬Ëœtoo big to failÃ¢â‚¬â„¢ statement before?!

Well first of all, letÃ¢â‚¬â„¢s get our nomenclature correct. This isnÃ¢â‚¬â„¢t a tax. That money has already been taxed. This is confiscating peopleÃ¢â‚¬â„¢s hard-earned fruit without them having any say in the matter. The government and world bank decides to take 10% of your deposits, and so sorry if you planned on giving that to your grandchildren, use it for retirement, or even start a business; it is theirs now.

So could something like that happen in the country you live in? I live in the United States. Could that happen here? What if this is just a trial balloon, and other countriesÃ¢â‚¬â„¢ governments are watching to see how this goes over in Cyprus before they start a similar practice in their own country?

The United States of America has a huge, huge debt. Do you know what that number is? Does our government have the responsibility to pay that back? If so, what is their game plan to do so? Those are questions all of us should be asking.

So letÃ¢â‚¬â„¢s say that you wake up one morning, and your government has confiscated 10% of your bank account. How would you feel? What would your reaction be?

LetÃ¢â‚¬â„¢s take it to another level here. The government decides to call for a bank holiday. Do you know what that is? It is when a bankÃ¢â‚¬â„¢s obligations are greater than its resources. So one of the ways a bank holiday is used is that for a certain day or days, no one can get their money out. So you have to make do with what you have got on hand until the bank reopens. So letÃ¢â‚¬â„¢s say that happens in the US. Have you prepared for something like that?

Do you have some resources set aside to be used in that event?

Do you have some gold or silver that you could use to buy things you need?

Do you have anything else you could barter with to get goods that you need?

Do you have some food set aside for you and your family and others in your neighborhood to be used in a possible emergency like that?

Do you have a way to defend yourself and your family?

Is it wrong to be prepared for an event like that?

Alright, letÃ¢â‚¬â„¢s go a little further. Say that you woke up one Monday morning, and over the weekend, all of the governments around the world either had taken all of the money out of every bank account in the world, or they replaced it with a new currency. How about a one world currency called a Phoenix. And what youÃ¢â‚¬â„¢re left with now is 30% of what you had before. So if you had $1000 US dollars in a bank account before, you now have only 300 Phoenix in that account afterwards. And you are supposed to be okay with this, since you can spend it any way you want to, anywhere in the world in the new global system.

How would you feel if that scenario played itself out?

Would you be prepared for a scenario like that?

Let me give you some real simple advice on being prepared for a scenario like that if and when it happens.

Ã¢â‚¬Å“Lay not up for yourselves treasures upon earth, where moth and rust doth corrupt, and where thieves break through and steal:

Ã¢â‚¬Å“But lay up for yourselves treasures in heaven, where neither moth nor rust doth corrupt, and where thieves do not break through nor steal:Ã¢â‚¬Â

Ã¢â‚¬Å“Give, and it shall be given unto you; good measure, pressed down, and shaken together, and running over, shall men give into your bosom. For with the same measure that ye mete withal it shall be measured to you again.Ã¢â‚¬Â

Ã¢â‚¬Å“Bring ye all the tithes into the storehouse, that there may be meat in mine house, and prove me now herewith, saith the LORD of hosts, if I will not open you the windows of heaven, and pour you out a blessing, that there shall not be room enough to receive it.Ã¢â‚¬Â

Ã¢â‚¬Å“But this I say, He which soweth sparingly shall reap also sparingly; and he which soweth bountifully shall reap also bountifully. Every man according as he purposeth in his heart, so let him give; not grudgingly, or of necessity: for God loveth a cheerful giver. And God is able to make all grace abound toward you; that ye, always having all sufficiency in all things, may abound to every good work:Ã¢â‚¬Â

Ã¢â‚¬Å“For ye had compassion of me in my bonds, and took joyfully the spoiling of your goods, knowing in yourselves that ye have in heaven a better and an enduring substance.Ã¢â‚¬Â

Ã¢â‚¬Å“I have been young, and now am old; yet have I not seen the righteous forsaken, nor his seed begging bread.Ã¢â‚¬Â

Ã¢â‚¬Å“I have shewed you all things, how that so labouring ye ought to support the weak, and to remember the words of the Lord Jesus, how he said, It is more blessed to give than to receive.Ã¢â‚¬Â

It is really pretty easy to prepare for the days to come. Just be a giver today, tomorrow, and all the days of your life, and you can be assured of the fact that God will take care of the people who give! You can bank on that!!

We have a chapter in The Watchmen called Ã¢â‚¬Å“More Blessed To Give Than Receive.Ã¢â‚¬â„¢ We are hearing huge testimonies from people that have decided to live that out. People are giving to the things of God, to others, finding ways to bless people, and they are seeing amazing things happen right before their eyes! Remember, as we say in that chapter, that giving isnÃ¢â‚¬â„¢t just about money. We can give our time, our talents, etc. Giving is a heart issue. Never forget that you cannot out give the Lord, but are you even trying?

The Golden Rule is not: He who has the most gold, gets to make the rules! It doesnÃ¢â‚¬â„¢t work that way. You will know that for sure when you die. But the key is to know that before you take your last breath. In GodÃ¢â‚¬â„¢s economy, He makes the rules, and He delights in cheerful giving!

Prepare for the days to come by being a giver all the days of your life. Invest in the eternities of others. And enjoy the journey of giving as you act just like our God when He sacrificially gave us His only begotten Son that whosoever believeth in Him shall not perish but shall have everlasting life! Praise the Lord!!