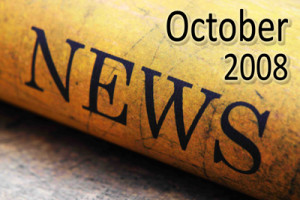 Have you ever double dipped before? Sometimes we think of a double dip as a second scoop of ice cream. Now thatÃ¢â‚¬â„¢s a good double dip! But, I have a different meaning for the term. The term to me means the second place that you go witnessing in one day. So you double dipped, or had a second helping of lost people.

A couple of weeks ago, some friends and I hit a local arts and crafts festival. Over its four days, the festival draws some pretty big crowds. We ended up handing out over 20,000 tracts, and it was probably closer to 25,000! It was a blessed time. Our arms were tired from handing out so many tracts. And one of the best parts was that we saw very, very few of them on the ground. Praise the Lord!

When you are out handing out tracts, look to see where the trash cans are. If they are behind you, it is very easy for the people to drop tracts in there after they take it from you. So what I do is move to where the trash can is in front of me, or I pick up the trash can and put it in another place! I have done that on more than one occasion. Try it sometime.

On the Saturday of the arts and crafts festival, I decided to double dip. That evening there were some Mixed Martial Arts fights at a big arena here in Atlanta. So I went home, changed, reloaded my backpack with books and tracts, and jumped on the train to go downtown. A gentleman from Mississippi, in his thirties, got on the train with his three or four year old son. As we are chatting, he told me his wife had died a couple of months ago. His wife, the mother to his child, is gone from planet earth. He was struggling big time as you can imagine. We had a great chat about God and eternal truth.

Then, I got to my spot to hand out tracts and got to it. A line of people began to back up where I was standing, so I began to talk with the folks as they waited. I was tired that evening, and many times when I am tired, I can get real wimpy. I just donÃ¢â‚¬â„¢t have that boldness, so I have to pray for it. As I was standing there, this guy who was wearing a pentagram comes over and stands two feet away from me. One thing I always teach is to use things people wear to get into a conversation. So I said, Ã¢â‚¬Å“Why do you wear that pentagram?Ã¢â‚¬Â He said, Ã¢â‚¬Å“It is for my religious belief.Ã¢â‚¬Â I responded, Ã¢â‚¬Å“Are you a pagan?Ã¢â‚¬Â He said, Ã¢â‚¬Å“No, I am a Satanist.Ã¢â‚¬Â Well that was not the answer I was expecting! LetÃ¢â‚¬â„¢s just say that began an amazing 40-45 minute encounter.

At one point in our conversation, I asked Jason if he had done the opposite of the Ten Commandments. Something I had learned a while ago, is that to get into some satanic cults, you have to do the opposite of those commandments. As you well know, one of those commandments is thou shalt not kill. Some people have murdered just to get into a satanic cult. One day out witnessing with some of my students at a mall, we encountered a man who had just left a satanic cult. He was the High Priest of that cult. It is well known that High Priests perform sacrifices. We asked him about sacrificing, but he stated that he didnÃ¢â‚¬â„¢t want to go there in the conversation as he had just left the cult, and it was all still too raw for him.

Jason told me that isnÃ¢â‚¬â„¢t what Satanism is about. He said to him, to most Satanists, and as you read the Satanic bible, that true Satanism is all about selfishness. Doing what one wants to do. Whatever pleases you comes first. One of their sayings is Ã¢â‚¬Ëœdo what thou wilt is the whole of the law.Ã¢â‚¬â„¢ Me first, and everybody and everything else comes in second.

So during the conversation, I took Jason to the book of Genesis to explain where selfishness comes from. It is truly in our sin nature to do whatever we want to do.

Ã¢â‚¬Å“Hell from beneath is moved for thee to meet thee at thy coming: it stirreth up the dead for thee, even all the chief ones of the earth; it hath raised up from their thrones all the kings of the nations. All they shall speak and say unto thee, Art thou also become weak as we? art thou become like unto us? Thy pomp is brought down to the grave, and the noise of thy viols: the worm is spread under thee, and the worms cover thee. How art thou fallen from heaven, O Lucifer, son of the morning! how art thou cut down to the ground, which didst weaken the nations! For thou hast said in thine heart, I will ascend into heaven, I will exalt my throne above the stars of God: I will sit also upon the mount of the congregation, in the sides of the north: I will ascend above the heights of the clouds; I will be like the most High. Yet thou shalt be brought down to hell, to the sides of the pit.Ã¢â‚¬Â

What was Satan practicing in the above Scriptures: selfishness, and a Ã¢â‚¬Å“me firstÃ¢â‚¬Â mentality. Ã¢â‚¬Å“I willÃ¢â‚¬Â is used five different times to describe Satan. What a perfect description. A life that is lived absorbed in oneself instead of believing in and obeying in the God who created you, is a selfish life. That is a life that is antithetical to God and a perfect description of true Satanism.

Then Jason said something very interesting to me. He said that he has a three week old son, and that he noticed something very interesting about him. He noticed how selfish his kid was. He noticed that he would wail and cry because he wanted his bottle, but that he would stop that once he got his bottle. He said that his kid was just as selfish as he was! It was the perfect evidence that we are born that way. We are all born with a bent to do what one wants to do and not what God wants us to do. As we talked about sin, repentance, Jesus Christ, and becoming a new creation, I let him know that actually those selfish desires could change once you had a new heart given to you by God.

But we Christians have to be careful as well. Once we are saved, we donÃ¢â‚¬â„¢t want to go back to our selfish ways. We want to live in the world, but not be of the world. We want to forsake all as we serve our Lord. But be careful as well, as you do things for Jesus make sure that you donÃ¢â‚¬â„¢t try to take credit for it. Statements like, Ã¢â‚¬Ëœlook what I have done for the LordÃ¢â‚¬â„¢, Ã¢â‚¬ËœI will do thisÃ¢â‚¬â„¢, Ã¢â‚¬ËœI want my own ministryÃ¢â‚¬â„¢, etc. I had a young man tell me one time that he saved two people last year. So I asked him, Ã¢â‚¬Å“When did you die on a cross?Ã¢â‚¬Â We save no one. We plant and water seeds as we watch our great God give the increase.

Ã¢â‚¬Å“Wherefore, my beloved, as ye have always obeyed, not as in my presence only, but now much more in my absence, work out your own salvation with fear and trembling. For it is God which worketh in you both to will and to do of his good pleasure.Ã¢â‚¬Â

We all want God to work through us to do His will and for His good pleasure!

As Jason and I finished talking, I gave him some money for his child (I heard a rumor once that kids can be expensive!). At the end of the conversation, Jason gave me a hug. Yes, it is okay to hug a Satanist. He made a commitment to read One Heartbeat Away. Please pray for the salvation of the soul of Jason.

Sometime soon, do some double dipping. The lost will appreciate it.