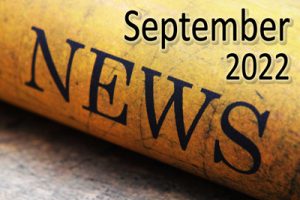 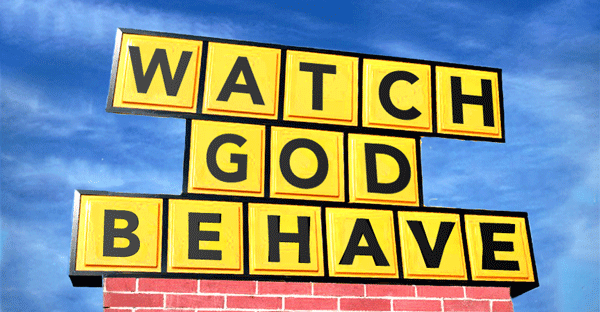 Time to do some thinking again. This time, I want you to watch a short video of Dave Ramsey. Most of you probably know who he is. He is a He is a nationally syndicated radio talk show host who gives financial advice. He doesn’t want people in debt, and if they are, he wants them out of debt. Some of you may have participated in one of his financial classes at your church.

Remember, here at the ministry we QEQE: Question Everything and Question Everybody. Now that your mind is set correctly, watch the video: 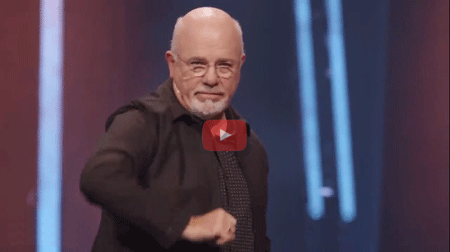 I will assume that if you watched with your biblical thinking cap on, you realized that some of what Dave said does not line up with the Bible at all.

This is one of the more stunning statements I have heard in a long time. One of the things speakers do when we speak is make mistakes. So, I just wanted to chalk his statement up to misspeaking. Every speaker has bloopers and blunders. And no, I will not be creating a mixtape of all of mine for you to watch! But trust me, they are there.

So, I watched his segment again, and I really think that statement was exactly what Dave wanted to say. Please remember, folks, witnessing is never about God behaving. God is God, and He will never do anything outside of His character. It’s not possible for God to misbehave. The real key here is whether you and I will obey, or not.

If ye love me, keep my commandments.

Then Peter and the other apostles answered and said, We ought to obey God rather than men.

And, as a matter of fact, maybe Dave and the rest of us should obey the following verse:

Waffle House is a good place to do some witnessing. Recently, I had a Muslim waitress at a Waffle House who was attending the Baptist Student Union at her college. She was very thankful for the people at the BSU who were giving her answers to her questions and materials to read. No, she never mentioned anyone at BSU giving her money, but she did mention them giving her the gospel! Yes, I tipped her well, but it was long after we had a wonderful conversation about the real Jesus.

“Been so long since anything good has happened to her.”

You just can’t make statements like this because you really don’t know what’s going on in someone’s life. The waitress might have just given birth to a daughter or might have had a granddaughter added to her family recently. Or your waiter might have had a long, beautiful conversation with his mom earlier that day. We just don’t know what’s going on in people’s lives, but we sure can ask questions to find out more about them.

I met a super wealthy man one day in a restaurant, and I do mean super wealthy. He told me he buys people’s meals anonymously in restaurants all the time. He is not saved. He more than likely picks up meal tabs to feel good about himself ― “I did a good deed today.” Deeds like his do not glorify the Lord in any way at all. The person receiving the meal doesn’t know where the blessing came from, so they don’t know who to thank. And, if the person looks up to thank God, which “God” are they thanking? You find out pretty quickly when you’re out witnessing that many people believe in a generic god they have created in their own minds.

I have shewed you all things, how that so labouring ye ought to support the weak, and to remember the words of the Lord Jesus, how he said, It is more blessed to give than to receive.

I like to bless day laborers at gas stations. I always tell them, “This is a gift from Jesus.” I then, many times, ask them to say, “Thank you, Jesus!” One time, a newer Hispanic guy at one place wouldn’t say it or didn’t understand me. The other Hispanics started explaining to him what he needed to say! It was really funny.

Oh, and every person I bless gets a gospel tract first and the blessing second. They need to know Who is a lot more important than money: Jesus!!

“You didn’t leave a tract.”

Dave Ramsey said this with a very dismissive tone to his voice. Why would anyone ever use a dismissive tone when talking about handing a gospel tract or Christian literature to anyone? (A gospel tract is a smaller card or booklet that shares the gospel with someone, has some verses on it, or gets someone to think about eternity.)

Could it be that Dave has literally spent his whole life as a Christian without giving out any gospel literature?

I hear from people all the time who have been affected by gospel tracts. When we hand them out on the streets, some people even come back and ask questions about the material we’ve given them.

Someone handed me a gospel tract as I was walking onto Bourbon Street in New Orleans decades ago. Part of that tract is still stuck in my head to this day. That is how impactful that little piece of paper was.

If you want to be dismissive of gospel tracts, fine. But don’t “dis” the men, women, and teenagers of God who have flooded their towns and schools with literature that glorifies our Lord.

Some friends of mine, Brother Woody and his wife Jo Anna Woody, used to stop at every rest area on their travels and hand out some gospel tracts to folks. That would sure slow down a trip! What a great idea! Brother Woody is probably meeting some of those folks right now on the other side and is very glad he was obedient to the Lord.

Blessing Others to Back Up Truth

But remember, if you just go around giving money to people, you are probably not going to experience much rejection. Rejection goes with the territory for believers. If you share Jesus with enough people, you will get mocked. Oh well. They treated our Savior much worse.

I was speaking at a Christian university one time. The administrator who brought me there took me out to lunch one day. As we were witnessing to the waitress, the conversation went very deep. We found out that the State had taken her kids away from her. She didn’t have the financial wherewithal to support them. She had court dates set up and everything to get her kids back but not the money she needed. She let us know what she needed. I paid the bill and left her a tip. She returned to the table crying. Other waitresses told us they told her in the back, “That is Jesus! That is how He comes through for you.” They also told us they had been witnessing to her and encouraging her to trust the Lord.

The administrator asked me later how much I tipped her. I said to him, “Do you remember that speaking fee you gave me?” He said, “Yes.” “Well, it is all hers now!” I responded.

I’m not telling you this story to say, “Look at me.” What I am saying is when you share the gospel with waiters and waitresses and if you get a chance to bless them, go for it. But don’t forget, the best thing you can ever do is bless someone with Jesus! Please go and do that with someone today. 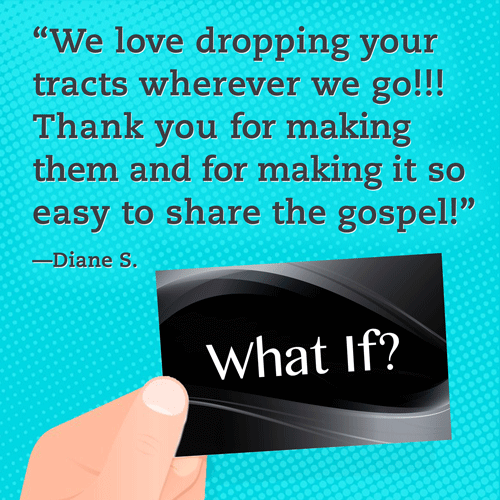 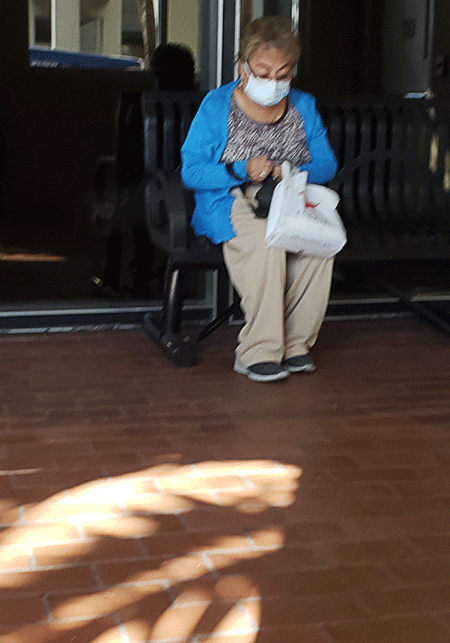