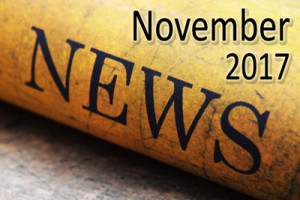 Ã‚Â  Ã‚Â  I was reading this article, Ã¢â‚¬Å“Why Have Americans Stopped Reading the Bible?Ã¢â‚¬Â and it really got my wheels spinning.

Ã‚Â Ã‚Â Ã‚Â Ã‚Â  It began by saying, Ã¢â‚¬Å“According to the Center for Bible Engagement, 93% of Americans say they own a Bible but less than half of those who identify as Christians said they have read it cover to cover, and most Americans admit to never having opened one at all.Ã¢â‚¬Â

Ã‚Â Ã‚Â Ã‚Â Ã‚Â  I thought that line was a joke. I can understand why lost people do not read the Bible. It will convict them. It will challenge their beliefs. And believe it or not, many of them know that! That is why they donÃ¢â‚¬â„¢t open up the Book.

Ã‚Â Ã‚Â Ã‚Â Ã‚Â  But Christians? How can that be?Ã‚Â  Those of you who are saved and reading this newsletter, have you ever read your Bible front to back? If your answer is no, then ask yourself a question: Have you ever read one of my books front to back? If you answered no to the first question and yes to the second question, you are going to have a major problem when you meet the Author of the Bible after taking your last breath.

Ã‚Â Ã‚Â Ã‚Â Ã‚Â Ã‚Â I was reading the other day about some college students who have never read one single book front to back in their entire life! That has to be one of the saddest things I have ever heard. To be a leader, you have got to be reader. To be a solid Bible-believing Christian, you must soak your mind in the Word of God.

Ã‚Â Ã‚Â Ã‚Â Ã‚Â  Those reasons are excuses and nothing but excuses. Shut your phones off. Throw your TV into a trash can. Unplug your cable, and give that money to a missionary or buy some tracts and do some soul winning yourself. Quit going to every sporting event in town. DonÃ¢â‚¬â„¢t go to a concertÃ‚Â and waste two hours of your life. Go to a concert venueÃ‚Â and hand out tracks to the people walking in. Each one of us gets 24 hours in a day. We have to decide how we will use that time.

Ã¢â‚¬Å“Thy words were found, and I did eat them; and thy word was unto me the joy and rejoicing of mine heart: for I am called by thy name, O LORD God of hosts.Ã¢â‚¬Â

Ã¢â‚¬Å“These were more noble than those in Thessalonica, in that they received the word with all readiness of mind, and searched the scriptures daily, whether those things were so.Ã¢â‚¬Â

Ã¢â‚¬Å“As the hart panteth after the water brooks, so panteth my soul after thee, O God.Ã¢â‚¬Â

Ã‚Â Ã‚Â Ã‚Â Ã‚Â  Turns out there are some amazing benefits to taking in the Word of God regularly. From it, we can learn a lot about God and His provisions for a faithful life.

Ã‚Â Ã‚Â Ã‚Â Ã‚Â  As I was reading my Bible, which I am reading front to back this year, I ran into something interesting.

Ã¢â‚¬Å“And they went in to the king into the court, but they laid up the roll in the chamber of Elishama the scribe, and told all the words in the ears of the king.

Ã¢â‚¬Å“So the king sent Jehudi to fetch the roll: and he took it out of Elishama the scribe’s chamber. And Jehudi read it in the ears of the king, and in the ears of all the princes which stood beside the king.

Ã¢â‚¬Å“Now the king sat in the winterhouse in the ninth month: and there was a fire on the hearth burning before him.

Ã¢â‚¬Å“Yet they were not afraid, nor rent their garments, neither the king, nor any of his servants that heard all these words.

Ã¢â‚¬Å“Nevertheless Elnathan and Delaiah and Gemariah had made intercession to the king that he would not burn the roll: but he would not hear them.

Ã¢â‚¬Å“But the king commanded Jerahmeel the son of Hammelech, and Seraiah the son of Azriel, and Shelemiah the son of Abdeel, to take Baruch the scribe and Jeremiah the prophet: but the Lord hid them.

Ã¢â‚¬Å“Then the word of the Lord came to Jeremiah, after that the king had burned the roll, and the words which Baruch wrote at the mouth of Jeremiah, saying,

Ã¢â‚¬Å“Take thee again another roll, and write in it all the former words that were in the first roll, which Jehoiakim the king of Judah hath burned.

Ã¢â‚¬Å“And thou shalt say to Jehoiakim king of Judah, Thus saith the LORD; Thou hast burned this roll, saying, Why hast thou written therein, saying, The king of Babylon shall certainly come and destroy this land, and shall cause to cease from thence man and beast?

Ã¢â‚¬Å“Therefore thus saith the LORDÃ‚Â of Jehoiakim king of Judah; He shall have none to sit upon the throne of David: and his dead body shall be cast out in the day to the heat, and in the night to the frost.

Ã¢â‚¬Å“And I will punish him and his seed and his servants for their iniquity; and I will bring upon them, and upon the inhabitants of Jerusalem, and upon the men of Judah, all the evil that I have pronounced against them; but they hearkened not.

Ã¢â‚¬Å“Then took Jeremiah another roll, and gave it to Baruch the scribe, the son of Neriah; who wrote therein from the mouth of Jeremiah all the words of the book which Jehoiakim king of Judah had burned in the fire: and there were added besides unto them many like words.Ã¢â‚¬Â

Ã‚Â Ã‚Â Ã‚Â Ã‚Â Ã‚Â The word of the Lord, given to Jeremiah, was brought to King Jehoiakim on a roll. The wordÃ‚Â rollÃ‚Â is another word for “scroll.” God was giving warnings about Israel and JudahÃ¢â‚¬â„¢s future, but instead of repenting, Jehoiakim burned the scroll. Can you imagine that? The king took the words given by the prophet for his country, cut them out, and burned them? What does that tell you about his regard for God and His people?

Ã‚Â Ã‚Â Ã‚Â Ã‚Â  God wasnÃ¢â‚¬â„¢t done, though. The scroll was rewritten with even more words that God wanted to include!

Ã‚Â Ã‚Â Ã‚Â Ã‚Â  The punishment for JehoiakimÃ¢â‚¬â„¢s disregard for God and His words was stiff. It cost him his honor. And it cost his descendants the privilege of sitting on the throne of David. Ever wonder why the kings of Israel were commanded to write out a copy of the Torah for themselves (Dt 17:18)? Ignoring, or in this case cutting out, GodÃ¢â‚¬â„¢s words can come at a heavy price.

Ã¢â‚¬Å“My people are destroyed for lack of knowledge: because thou hast rejected knowledge, I will also reject thee, that thou shalt be no priest to me: seeing thou hast forgotten the law of thy God, I will also forget thy children.Ã¢â‚¬Â

Ã‚Â Ã‚Â Ã‚Â Ã‚Â  But wait. IsnÃ¢â‚¬â„¢t that what we do with the Word of God today? Pick and choose what we like. Skip over the doctrines and verses we donÃ¢â‚¬â„¢t like until we get to the ones we do like? We might as well hit delete and just get rid of those Bible apps on our phones.

Ã‚Â Ã‚Â Ã‚Â Ã‚Â  I would rather have one Bible in my house that is well read than four or five extra Bibles lying around, some Bible apps, or digital Bibles downloaded on my devices that are never read.

Ã¢â‚¬Å“Behold, the days come, saith the Lord God, that I will send a famine in the land, not a famine of bread, nor a thirst for water, but of hearing the words of the LORD:Ã¢â‚¬Â

Ã‚Â Ã‚Â Ã‚Â Ã‚Â  There seems to be a growing famine in the land for the Word of God, even though we have more Bibles available to us than ever before. Shouldn’t we be hungering and thirsting for the Word of God rather than for other things? Do we realize that spending time reading our Bibles is our very life? There are untold blessings for treasuring up the words of God but unforeseen consequences for turning our backs on Him.

Ã¢â‚¬Å“Thy word is a lamp unto my feet, and a light unto my path.Ã¢â‚¬Â

Ã‚Â Ã‚Â Ã‚Â Ã‚Â  Dark days ahead. GodÃ¢â‚¬â„¢s Word is the only true light you will ever need to guide your steps!