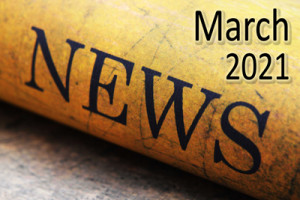 To Fear or Not to Fear: That is the Question 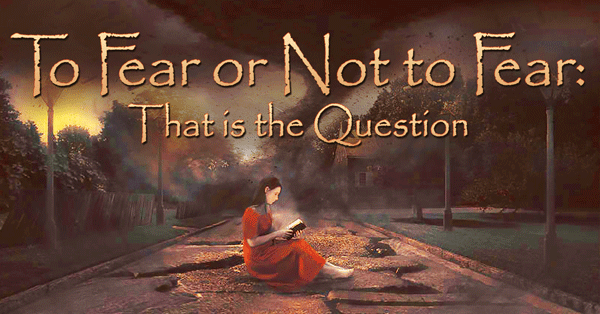 What a time to be alive! It seems like we canÃ¢â‚¬â„¢t listen to the news without something terrible being pushed in our faces. It has been that way for a very long time now. Whether itÃ¢â‚¬â„¢s 9/11, the bird flu, swine flu, terrorists around every corner, see something say something, the Wuhan virus, or murder hornets, there is bad news everywhere! And now, people want to defund the police right before the murder hornets arrive!!

And I sent the hornet before you, which drave them out from before you, even the two kings of the Amorites; but not with thy sword, nor with thy bow.

According to GodÃ¢â‚¬â„¢s Word, hornets arenÃ¢â‚¬â„¢t always a bad thing!

Then yesterday, I had to be concerned about a tsunami warning in Hawaii. A couple of days earlier, I heard about the Cascadia Fault Line out West. Basically, when the Ã¢â‚¬Å“big oneÃ¢â‚¬Â hits, everything west of Interstate 5 will wind up in the ocean! 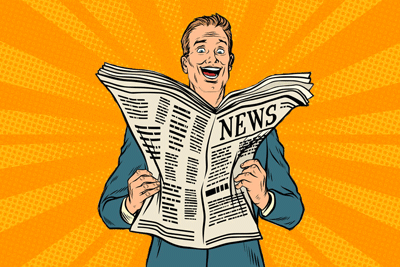 But think about something for a second. What if newscasts and websites reported only good news? Stories that covered things like how many kids learned how to read today? Stories about individuals whose lives were touched by the Salvation Army? Stories telling about prisoners who have been released and are getting their lives back on track? Stories about souls that were saved because of the outreach efforts made by you and your church?

But media outlets wonÃ¢â‚¬â„¢t do that. They would rather show us a video of an airplane engine that exploded over Colorado and kept burning in flight, instead of showing us all the planes that took off and landed safely that day. This is how they condition us.

You see, there is a problem with good news: it is good! It makes you feel good. It puts a smile on your face and a kick in your step. And when you hear it, you want more and more and more of that good news.

Bad news doesnÃ¢â‚¬â„¢t do that. You might not want to pick the phone up because people on the other end have caused you enough grief over the years. When you see that email address in your inbox, you might avoid it because you already know it will be bad news. 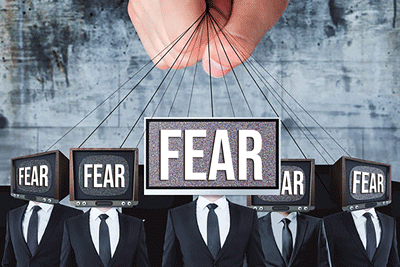 And, of course, there is another reason for bad news: the elites love to use it because it causes you to fear. They actually want you to be afraid. Why? Because if you are afraid, then you are much easier to control. If they can make you afraid, they know you will take whatever solution they offerÃ‚Â because it makes you feel less afraid. When you are depressed, discouraged, or in despair, you are much more pliable. They want you to think: Ã¢â‚¬Å“We are from the Government, and we are here to help.Ã¢â‚¬Â No, they arenÃ¢â‚¬â„¢t there to help. Government likes control. They want you to think they are your answerÃ‚Â for everything andÃ‚Â for the problems they created in the first place!

When dealing with fear, we humans tend to make decisions and take action based on emotions and feelings rather than using our minds to think things through. This is why you can watch theÃ‚Â syndicated newscasts in almost any city and hear the exact same storiesÃ‚Â with nearly the exact same words. They are conditioning us through repetition to think in a certain way. They donÃ¢â‚¬â„¢t want you to think outside of the box. They want to mold you into the image of a compliant “sheep.” Then the process of controlling the masses is much easier.

But fear also has a powerful effectÃ‚Â in the Christian world as well:

Ã¢â‚¬Å“Ouch! IÃ¢â‚¬â„¢m tired of hemming and hawing about sharing my faith and will be sharing this with the teen group Sunday. IÃ¢â‚¬â„¢m also going to ask my pastor if they would will be willing to get bags and church stickers to hand these out to neighbors. If not, IÃ¢â‚¬â„¢ll do it myself. Thank you, Mark. Something has been missing in my life, and itÃ¢â‚¬â„¢s sharing the gospel. ItÃ¢â‚¬â„¢s been so long since IÃ¢â‚¬â„¢ve spoken to people, because I feared being arrested or losing more Ã¢â‚¬Ëœfriends.Ã¢â‚¬â„¢Ã¢â‚¬ÂÃ‚Â  Stacy

Do we fear being arrested more than the salvation of a lost soul? Do we fear losing a temporal friend more than being concerned about gaining eternal friends?

Ã¢â‚¬Å“One thing I realized is that all the years I was growing up and when my youth group did mission trips, we didnÃ¢â‚¬â„¢t really evangelize. People thought we were a great group of kids and would say that Ã¢â‚¬â€ at least they saw our love Ã¢â‚¬â€ but now I know we missed a great opportunity to share Christ ourselves!!Ã¢â‚¬Â Beth

Would we rather just do Ã¢â‚¬Å“good worksÃ¢â‚¬Â to avoid offending anyone? Are we so scared of being called a Jesus Freak or a Bible Thumper or causing ripples with others that we keep Jesus to ourselves? 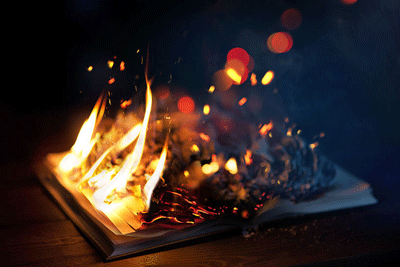 Now, we have hit this crazy cancel-culture period of life. We worry about being cancelled because of a tweet we tweeted or a Facebook comment we posted ten years ago.

They actually want you to fear being canceled. They only cancel the crazy people, right? People like Alex Jones, Milo Yiannopolus, and Laura Loomer. But when people didnÃ¢â‚¬â„¢t stand up for the rights of those folks when they got cancelled, then Big Tech cancelled the Twitter account of the President of the United States. And, what now? They are cancelling Dr. Seuss and The Muppets!! About the only thing left for them to cancel is you! Make no mistake about it: they are coming after all conservative and Christian thought, too. The Communist left always does. Yes, the Bible is in their crosshairs, along with anything else that is based on the Judeo-Christian ethic. But if you wonÃ¢â‚¬â„¢t stand against the cancel culture now, you wonÃ¢â‚¬â„¢t stand up later when they come for your Bibles.

I always remind people, do not have your books in just digital format only. I have an e-reader and love using it, but the books I want to keep or giveaway to others, I own in printed form. Why? If they can digitally send a book to your device, they can also erase it from your device! Never, ever forget that. 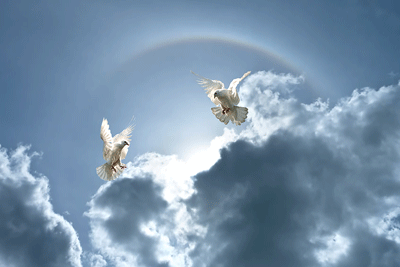 All of Psalm 91 is flat-out amazing, but here are the first six verses: 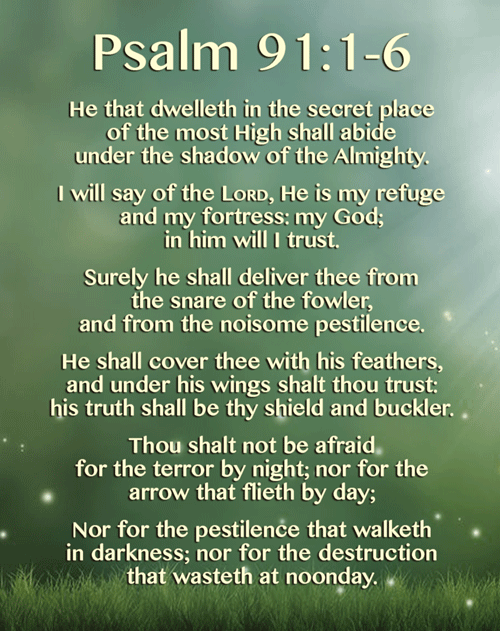 Why would I fear when this is the God I serve? Truthfully, fear should never cross my mind if I remember who He is.

Truth to the End 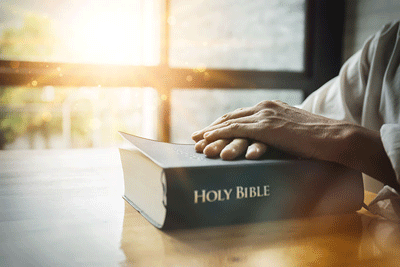 What is the next thing they will use to make us afraid? You know itÃ¢â‚¬â„¢s coming. What will your response be when it happens? Will truth be your motivator or will fear be your motivator?

Remember, donÃ¢â‚¬â„¢t buy the lie because they will most definitely lie.

It is easy to go along to get along. One guy said this the other day: Ã¢â‚¬Å“Compliance is easy. Rebellion is hard.Ã¢â‚¬Â

If we donÃ¢â‚¬â„¢t make our stand now for what we believe, do you really think we will make a stand in the future?

Make sure your love of God trumps your fear of man.

Make sure your love of God trumps your fear of man.

And, please donÃ¢â‚¬â„¢t forget: Make sure your love of God trumps your fear of man.