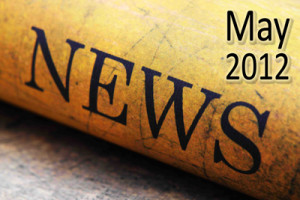 You Only Live Twice

If there is one thing I really enjoy in life, it is meeting people! People are so fascinating to me. Not only are we the only part of GodÃ¢â‚¬â„¢s creation that is made in His image, but every single person also has a story. Everyone has life experiences that make them infinitely interesting. One of the keys to life is to make sure that we are not so busy that we just walk right past someone with whom we are supposed to stop and chat. When we have conversations with people and not just presentations, it makes us want to find out more about them. When we talk with people and ask meaningful questions, it actually shows how much we care about them.

One person I would have liked to meet, but it will have to happen in heaven, is Uzziah! One, I love the name! But two, I like the kind of man he was.

Ã¢â‚¬Å“Then all the people of Judah took Uzziah, who was sixteen years old, and made him king in the room of his father Amaziah. He built Eloth, and restored it to Judah, after that the king slept with his fathers. Sixteen years old was Uzziah when he began to reign, and he reigned fifty and two years in Jerusalem. His motherÃ¢â‚¬â„¢s name also was Jecoliah of Jerusalem.Ã¢â‚¬Â

Can you imagine being a king at 16-years-old? Now put your ego to the side for a minute. I didnÃ¢â‚¬â„¢t mean that you could rule and do whatever you would like. I mean for you to really think about this for a second: You are 16-years-old, and you were just made king of an entire country! Now when I was 16, I think the word Ã¢â‚¬ËœgoofyÃ¢â‚¬â„¢ might have applied! I look back at my life and see myself as really immature at that point in time. I was struggling with just being a teenager and growing up. I canÃ¢â‚¬â„¢t even imagine being a king or a president at sixteen!

Well the good news here in America is that we have term limits and someone can only be President for eight years. We will only allow them to do so much damage to our country, and then we have to move them along!

But Uzziah reigned 52 years! That just floored me when I read it, but it made me think. If you had a good, godly ruler who wanted to glorify the Lord, knew that we all need to do unto others what weÃ¢â‚¬â„¢d have done onto us, and knew that it was more blessed to give than to receive: If we had a ruler like that, I think we might want them to be our leader all the days of our lives!

Ã¢â‚¬Å“And he did that which was right in the sight of the LORD, according to all that his father Amaziah did. And he sought God in the days of Zechariah, who had understanding in the visions of God: and as long as he sought the LORD, God made him to prosper.Ã¢â‚¬Â

You see, Uzziah was a man of God. He knew he had a simple job, even if it was a big one: Just please the Lord and everything else would take care of itself.

Uzziah and the Israelites won battles and the land prospered. It was a blessed time. But then something happened along the journey.

Ã¢â‚¬Å“But when he was strong, his heart was lifted up to his destruction: for he transgressed against the LORD his God, and went into the temple of the LORD to burn incense upon the altar of incense. And Azariah the priest went in after him, and with him fourscore priests of the LORD, that were valiant men: And they withstood Uzziah the king, and said unto him, It appertaineth not unto thee, Uzziah, to burn incense unto the LORD, but to the priests the sons of Aaron, that are consecrated to burn incense: go out of the sanctuary; for thou hast trespassed; neither shall it be for thine honour from the LORD God. Then Uzziah was wroth, and had a censer in his hand to burn incense: and while he was wroth with the priests, the leprosy even rose up in his forehead before the priests in the house of the LORD, from beside the incense altar.Ã¢â‚¬Â

His heart was lifted up, and his pride took over. WouldnÃ¢â‚¬â„¢t it have been fascinating to see this transformation if you were alive at that time? You would have wondered how such a man could have gone from where he was to how he ended up. Would you have confronted him like the priests did, or would you have cowered to the side? Would you be more worried about your friendship with Uzziah, or doing the right thing because you cared about his soul?

Because of his transgressions, God made Uzziah leprous, and he remained so all the days of his life. The consequences of his actions were evident to everyone who met him.

Ã¢â‚¬Å“In the year that king Uzziah died I saw also the Lord sitting upon a throne, high and lifted up, and his train filled the temple.Ã¢â‚¬Â

You see, Uzziah was an unforgettable character when he was alive, and when he died. IsaiahÃ¢â‚¬â„¢s vision is tied to the year that Uzziah died. Momentous events just stick in our system. You know where you were when you heard about 9/11. You remember exactly where you were when you heard about the death of your spouse or relative. You remember the exact circumstances when you heard the doctor say the word Ã¢â‚¬ËœcancerÃ¢â‚¬â„¢ to you. If you lived in Japan, you will never forget the year of the tsunami. Certain events are so momentous that they cannot just trail off into the bin of forgotten encounters. They will stick with us forever.

But of course, this means for good or for bad.

I just had a great talk with Jean-Paul on a flight. He had a great French accent, and l love accents! He said he was born again, so I asked him how he got saved. Oh my, what an amazing coworker that shared Christ with him at his workplace when he was 25-years-old. He had tried reincarnation, Buddhism, astral projection, transcendental meditation, etc., but he will never forget his 25th year of being alive, because that was the year he found out who Jesus was!!

I was just reading this letter from a prisoner:

Ã¢â‚¬Å“I have known about God and His Son my entire life, although I didnÃ¢â‚¬â„¢t trust them. You see, I was brutally sodomized by an older family member when I was a small boy of ten. I was very angry at God and my mama for not protecting me. I never told my mother. I was scared and ashamed. So at the age of thirteen, I left home and began my solitary lifestyle. I didnÃ¢â‚¬â„¢t trust anyone or let anyone get too close to me. I learned at a young age to take care of myself pretty much. I felt the presence of God at various times in my life. I was a pallbearer at my sodomite brotherÃ¢â‚¬â„¢s funeral. He died of cancer at twenty-one-years old. My mama asked me why I Ã¢â‚¬Ëœhad no tearsÃ¢â‚¬â„¢ for Steve, my rapist. I let her believe it was alcohol and drugs that made me hard-hearted and uncaring. My sick brother taught me that you hurt those closest to you, but I couldnÃ¢â‚¬â„¢t hurt my mama.Ã¢â‚¬Â

My heart was just breaking as I read this. Do you think this man will ever forget the Ã¢â‚¬Ëœyear he was ten years oldÃ¢â‚¬â„¢? No. Something major happened, and it will be on his heart forever.

As a guy said to me the other day, Ã¢â‚¬ËœDonÃ¢â‚¬â„¢t forget, you only live twice!Ã¢â‚¬â„¢ What an interesting statement. We live once here on planet earth and once on the other side after we die. We are leaving marks on people. Good or bad. We are either speaking truth into their lives or lies into their lives, one or the other. People may forget some of our encounters down here, but they will remember them on the other side. How are you finishing the race of life? Are you obeying God and passing on His blessings to others? Or are you going to die leprous? Will people remember you as someone who left a marker in their life that drove them straight to the cross? Or will the marker you leave with people be unimportant, because you had a chance to touch them for eternity, but didnÃ¢â‚¬â„¢t? ItÃ¢â‚¬â„¢s your choice. Never forget, you only live twice.