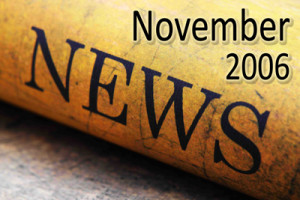 The Smell of Truth

“Now thanks be unto God, which always causeth us to triumph in Christ, and maketh manifest the savour of his knowledge by us in every place. For we are unto God a sweet savour of Christ, in them that are saved, and in them that perish: To the one we are the savour of death unto death; and to the other the savour of life unto life. And who is sufficient for these things?”

We all have five senses. One of them is the sense of smell. We as people love to smell things. Whether it is the scent of a flower, or perfume, or freshly baked bread, we love to use these noses that God gave us. Anything that is fresh and clean is good to smell. But there are also bad smells. Smells that make you want to take a shower. Smells that make us avoid certain areas. And even smells that can make us sick to our stomachs.

Strange as it seems, we as Christians should have a smell too. If you do smell, it will be the aroma of Christ to some people, and the aroma of death to others. But the key is: do you smell? Are you giving off the odor of God as you walk through life? Or, do you have no fragrance at all? Is it possible that you can hang out with your friends, at your high school football games, at work, etc. and you literally have no fragrance coming from you? The truth is that the only real difference between you and an atheist is what you talk about. Atheists can pick up trash on the side of the road. An atheist can be nice to their friends. An atheist can help out hurricane Katrina victims. What an atheist canÃ¢â‚¬â„¢t do is share the truth about the Ten Commandments, the cross of Jesus Christ, and the resurrection with lost people. That is what sets you apart from the atheist.

Prior to a speaking engagement in Minnesota, I was handed a tract to a lady outside of a restaurant. The manager came outside and told me to stop. Why did he do that? A lady complained to him that I was soliciting. I had given a tract to her mother in the parking lot, and she took it away and gave it to the manager! I did ask the manager if he died tonight was he 100% assured he would go to heaven. He let me know that no one can know that. To some in this world, you will be the aroma of death.

While staying at a hotel, I saw an older gentleman standing outside all dressed up. I struck up a conversation with him. He was going to his 50 year high school reunion. I asked him two questions, and he said he didnÃ¢â‚¬â„¢t like being preached to! Undoubtedly, he has never really heard me preach before! So I signed One Heartbeat Away and gave it to him. I went inside as his wife went out to meet him. He walked away from me with my book, but then I saw him head in another direction without my book. I went outside and opened up the trash can, and there was my book! So I took it out and began to approach him and his wife as they walked to their car. I let G.P. know that I found the book in the trash can, and I handed it to his wife. He looked at me and said, Ã¢â‚¬Å“I wish you would just disappear.Ã¢â‚¬Â Well I have disappeared from his life, but he will never be able to disappear from God.

I had a real nice chat with Barry, a night manager at a restaurant, one evening. I gave him One Heartbeat Away. Well, he read it, and it has now led to well over 50 emails from him. Below is a sample from one of them:

No wonder you love the Bible. It fits your racist, bigoted, barbaric world view. Sorry, but give me a combination of Judaism, Buddhism, Hinduism, Native American philosophy, Aztec, Mayan, and Incan philosophy and many other views that our wonderfully, culturally diverse planet and brotherhood of man has put forth.

As you can see, Barry and I are becoming best friends!

You see to some, you are the aroma of death, but to others you are the sweet smell of life, even to those who are searching. We should be a sweet savor to other believers, and God even opens hearts as you are talking with the lost.

I had a lady at the Indianapolis airport recently tell me that she has had conversations about God before, but ours was the most interesting and enjoyable one that she has ever had.

I struck up a conversation with Renata who was working behind the counter as I checked into a hotel. I witnessed to her and gave her a tract. I offered one of my books to her, but she declined. I saw her later that night, and she still wasnÃ¢â‚¬â„¢t interested.

A couple of days later, when I was checking out, I decided to go by the front counter even though my bill was already paid. Renata was there. She said, Ã¢â‚¬Å“I was hoping that you would stop by the counter again before you left, because I wanted one of your books.Ã¢â‚¬Â So we began to talk. A couple of nights earlier, she disliked the tract I gave her so much that she tore it up into pieces and threw it in the trash! She said that later she went and got all of the pieces out and put it back together so that she could read the message on the back! She began to cry. God was really reaching out to this woman from Poland.

This just came in from a documentary film maker that I met while I was witnessing at Notre Dame:

It was great meeting you the other day as well! It’s not every day you get to have such an interesting conversation with someone you just meet. I admire you for being able to just approach people and get them talking about such a deep topic. That is a skill I lack. Christian and I have been telling everyone we talk to about meeting you. It really was a cool coincidence. I’m looking forward to being able to sit down and read your book! You’ll definitely hear from me when I’m done with it.

To some people the truth of Jesus is a stench, and to others it is the sweet smell of the cross of forgiveness. To the saved, we should always be encouraging and challenging them to serve the Lord with all of their heart. To the lost, we should be speaking the truth in love no matter how they receive it.

As we head into the Thanksgiving and Christmas season, make sure you smell. The worst thing you could do is have no odor at all. Lips that wonÃ¢â‚¬â„¢t talk about the topic of God and what the Lord Jesus Christ did for us on the cross bring no difference to the eternal destination of a soul. Whether you are the smell of death or the smell of life, make sure the aroma of Jesus goes with you everywhere you go in the coming days.

“And walk in love, as Christ also hath loved us, and hath given himself for us an offering and a sacrifice to God for a sweet smelling savour.”