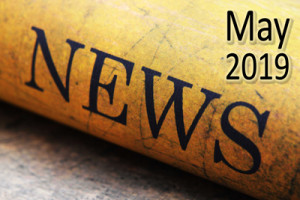 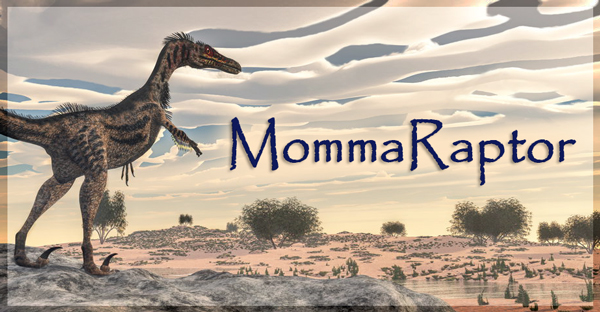 Witnessing is always a blast. Things happen that you wouldnÃ¢â‚¬â„¢t expect. That is one reason why I donÃ¢â‚¬â„¢t do role playing when it comes to witnessing. You miss the dynamics of being excited and nervous. You miss the dynamic of the other person looking you straight in the eyes and being very interested in what you have to say. You also miss them asking you questions Ã¢â‚¬â€ questions you may not have expected! But that is all okay. It is part of planting seeds with people.

Remember, if you get a question you canÃ¢â‚¬â„¢t answer, donÃ¢â‚¬â„¢t create an answer on the spot. The other person can tell when you are doing that. All you have to say isÃ‚Â Ã¢â‚¬Å“I donÃ¢â‚¬â„¢t know.Ã¢â‚¬Â Lost people actually donÃ¢â‚¬â„¢t expect you to know everything. An easy thing to say instead is, Ã¢â‚¬Å“Would you like to know?Ã¢â‚¬Â They always say, Ã¢â‚¬Å“Yes.Ã¢â‚¬Â Then just write down their contact info for how they want you to reach them: email, phone number, text, etc. But donÃ¢â‚¬â„¢t stop the conversation there. Just move around it and keep on talking.

One interesting question you will get out there is, Ã¢â‚¬Å“Why doesnÃ¢â‚¬â„¢t the Bible mention dinosaurs?Ã¢â‚¬Â Since dinosaurs are one of the most exciting animals of all time, and we see them in movies and museums, some people really want to know. What people do not understand is that the term dinosaur is a very recent word!

Dinosaurs received their famous name less than 180 years ago. In 1841, Sir Richard Owen began to identify a unique category of animals. He came to realize they were a distinct class of animal as he was investigating the fossil discoveries being unearthed in southern England in 1841. In 1842, he announced that he viewed them as “terrible lizards.Ã¢â‚¬Â He named them dinosaurs from the Greek words Ã¢â‚¬Å“deinosÃ¢â‚¬Â (terrible) and Ã¢â‚¬Å“saurosÃ¢â‚¬Â (lizard).

Now, I have actually seen terrible lizards before. Well, basically any lizard falls into that category! And, no, we will not be taking a ministry trip to go hang out with the famous Komodo Dragon! He and Mrs. Dragon can enjoy life in their own way without me butting in!

Interestingly, the KJV Bible does use the term dragon a number of times to refer to a variety of animals, none of which specifically depicts a dinosaur-like reptile. It can refer to both sea creatures and land-dwelling animals. The term dinosaur is not used in the King James Bible and we can see why: the word had not been invented or used when it was written.

Ã¢â‚¬Å“His bones are as strong pieces of brass; his bones are like bars of iron. He is the chief of the ways of God: he that made him can make his sword to approach unto him.Ã¢â‚¬Â

However, there is one direct reference in the Bible to a land-dwelling animal which is possibly a dinosaur.Ã‚Â  GodÃ¢â‚¬â„¢s reference in Job 40:15-24 to a gigantic beast He called Ã¢â‚¬Å“behemothÃ¢â‚¬Â was a creature Job was familiar with.

So I actually believe the Bible does talk about dinosaurs, but the term was not used in the Bible because the word dinosaur did not exist until 1842.

Did Humans Coexist with Dinosaurs?

What people donÃ¢â‚¬â„¢t realize when they askÃ‚Â questions about dinosaurs is they have just walked into an arena they werenÃ¢â‚¬â„¢t ready for. We can actually give them facts from the biblical record and the fossil record to make them think hard about the age of dinosaurs on the earth.

For in six days theÃ‚Â LORD made heaven and earth, the sea, and all that in them is, and rested the seventh day: wherefore the LORD blessed the sabbath day, and hallowed it.

The evidence points to a young earth, even though people may not realize that when they ask these questions.

One thing many people also donÃ¢â‚¬â„¢t know is that scientists are finding red blood cells and soft tissue in dinosaur samples. They now have about 75-80 of these finds. The existence of blood cells and soft tissue are challenging long-held evolutionary beliefs within the geologic community. Soft tissue and red blood cells can only survive a few thousand years, yet paleontologists still insist on referring to these samples as if they were millions of years old. Some even think a yet undiscovered mechanism must exist that will explain how these tissues can be preserved for eons. However, Christians can see the truth plainly: dinosaurs did not exist millions of years ago.

Even agnostic Robert Jastrow, astronomer, physicist, and NASA scientist, understands the futility of trying to explain creation apart from the Bible:

Ã¢â‚¬Å“At this moment, it seems as though science will never be able to raise the curtain on the mystery of creation. For the scientist who has lived by his faith in the power of reason, the story ends like a bad dream. He has scaled the mountains of ignorance; he is about to conquer the highest peak; as he pulls himself over the final rock, he is greeted by a band of theologians who have been sitting there for centuries.Ã¢â‚¬Â

Can Dinosaur Bones Be Partially Fossilized?

Another interesting discovery is that of a Tyrannosaurus rex back in the year 2000, which contained flexible, soft tissue in its partially fossilized thigh bone. Partial fossilization is not possible if the remains are 68 million years old.

Christians Have Answers for Questions of Origins

What do these discoveries mean? Once again, they show that our earth, the history of animals, and the history of mankind must be very young. And since creation is young, what book do these fossils point to as being accurate one more time? The Holy Word of God, which we call the Bible! God is so good to allow us to find the hard evidence that continues to prove His Word true to anyone who really wants to find truth.

It is the glory of God to conceal a thing: but the honour of kings is to search out a matter.

Because that which may be known of God is manifest in them; for God hath shewed it unto them. For the invisible things of him from the creation of the world are clearly seen, being understood by the things that are made, even his eternal power and Godhead; so that they are without excuse:

All things were made by him; and without him was not any thing made that was made.

Who changed the truth of God into a lie, and worshipped and served the creature more than the Creator, who is blessed for ever. Amen.

So always remember that you do not have to fear any question when witnessing. A good website you can recommend to people who have some of these tougher questions orÃ‚Â  to visit when you have questions of your own isÃ‚Â www.creation.com Ã‚Â Ã‚Â They have a great search engine that is useful for research and writing papers for schoolwork.

Be bold, do not fear any question, and keep blowing the trumpet loud and clear for biblical truth until you see the Author of the Bible face to face!

P.S. As I was putting this newsletter together, I remembered that MotherÃ¢â‚¬â„¢s Day is this month. I was wondering how I could tie all of this together. So to all of you mothers out there that are as old as a Brontosaurus, as beautiful as a T-Rex, and have the personality of a Velociraptor, we love you big time!! 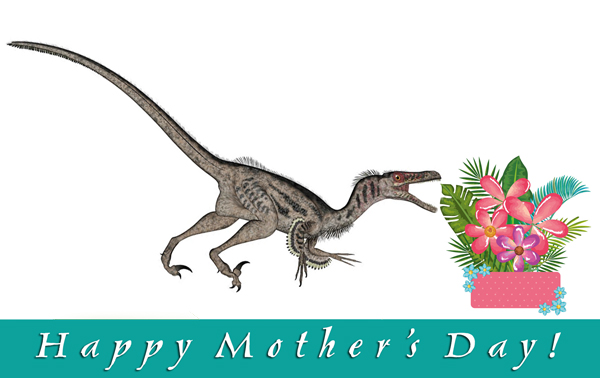