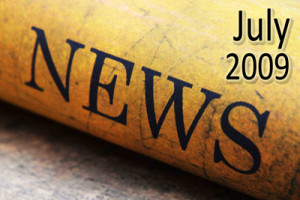 As I am sitting here watching the memorial for Michael Jackson, many things come to mind. One is how quickly life can pass. Michael Jackson is from my generation. He is just a few years older than me. Back in the day, I used to listen to a lot of his music. Now it seems people want to talk about his music, his legacy, his money; and since he died, I have only had one thing on my mind: where is he now? Where is he spending eternity? Who did he say Jesus was during his lifetime? What Christians took the time to witness to Him? I am also wondering how many Christians who crossed his path in his 50 years on planet earth, are regretting that they did not take the time to boldly proclaim Biblical truths into his life that he so desperately needed.

One of the names given to Michael was the King of Pop. We also had Elvis, who was known as the King of Rock and Roll. Now we know that kings and queens have crowns. Royalty has always liked money, power, and the things that come with it. And if you are a Bible reader, you know that GodÃ¢â‚¬â„¢s Word talks about crowns as well.

The word crown shows up 82 times in the Bible. You have earthly crowns like the one that is being put on Queen Esther in Esther 2:17, and you have spiritual crowns.

Ã¢â‚¬Å“For what is our hope, or joy, or crown of rejoicing? Are not even ye in the presence of our Lord Jesus Christ at his coming?Ã¢â‚¬Â

As a believer, our crown of rejoicing should be in the hope of the coming of our Lord Jesus Christ! There is so much hopelessness in this world we live in, and it is probably only going to get worse. We need to give people hope, and that hope is only in the Lord.

Ã¢â‚¬Å“Henceforth there is laid up for me a crown of righteousness, which the Lord, the righteous judge, shall give me at that day: and not to me only, but unto all them also that love his appearing.Ã¢â‚¬Â

Is there anyone out there that is excited about His appearing?!! We should all be striving for the crown of righteousness that He will give out, but that crown will only go to the righteous.

Ã¢â‚¬Å“Blessed is the man that endureth temptation: for when he is tried, he shall receive the crown of life, which the Lord hath promised to them that love him.Ã¢â‚¬Â

Keep fighting against temptation. Fight hard against it. Keep loving Jesus above all else in this world. The crown of life awaits those who do.

Ã¢â‚¬Å“And when the chief Shepherd shall appear, ye shall receive a crown of glory that fadeth not away.Ã¢â‚¬Â

GodÃ¢â‚¬â„¢s crowns do not fade away. Make sure you get them when you die.

Ã¢â‚¬Å“Fear none of those things which thou shalt suffer: behold, the devil shall cast some of you into prison, that ye may be tried; and ye shall have tribulation ten days: be thou faithful unto death, and I will give thee a crown of life.Ã¢â‚¬Â

Finish well in the race towards death. DonÃ¢â‚¬â„¢t give in to the things of the world. Strive to receive the crown of life!

Ã¢â‚¬Å“The four and twenty elders fall down before him that sat on the throne, and worship him that liveth for ever and ever, and cast their crowns before the throne, saying,Ã¢â‚¬Â

I want to make sure when I die that I have got crowns to lay at the feet of our Lord on His throne. You donÃ¢â‚¬â„¢t want to be empty handed on that day.

But of course, the greatest crown of all had nothing to do with gold. Matthew 27:29 says,

Ã¢â‚¬Å“And when they had platted a crown of thorns, they put it upon his head, and a reed in his right hand: and they bowed the knee before him, and mocked him, saying, Hail, King of the Jews!Ã¢â‚¬Â

As this world drifts farther and farther away from Jesus Christ and more and more into sin, hold on very tight to Jesus. The King of Kings; the true King of the universe; the only King that matters; will be showing up pretty soon; and if you are not here for His appearing, you will be there when you appear before Him on judgment day. Make sure you are ready.

P.S. Not that I am surprised, but the memorial service for Michael Jackson has been disappointing. The glorification of man instead of the glorification of God is what happens when people do not put Jesus first. I have always told people that a good funeral is where they hardly mention the person that died because they spend so much time talking about Jesus. One Pastor called Michael a brother and part of the family of man. It is much more important to be in the family of God. Two pastors spoke and forgot to preach the gospel to all of the lost people there and watching on television, and neither of them mentioned Jesus even once! So, so sad. There was a standing ovation. It happened when Berry Gordy called Michael the greatest entertainer of all time. And Michael could care less about that right now.

At the end, they sang the song Ã¢â‚¬Å“Heal the World.Ã¢â‚¬Â On the screen, they started putting numerous religious symbols up there: the Cross of Christ, the Star of David, the crescent moon of Islam, etc. So the message did get across very loud and clear that we are all one and all religions are equal. So if the pastors would have done their job, people would have seen the contrast at the end, that all religions canÃ¢â‚¬â„¢t be the same. Pleasing men or pleasing God? Your choice.