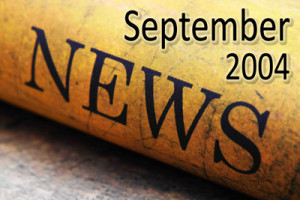 Ã¢â‚¬Å“And ye shall know the truth, and the truth shall make you free.Ã¢â‚¬Â

The most important thing we must look for in this life is truth. What is truth and how do you commit to it?

The governor of New Jersey, James McGreevey, resigned recently. In his resignation statement, he said the following:

“Yet, at my most reflective, maybe even spiritual level, there were points in my life when I began to question what an acceptable reality really meant for me. Were there realities from which I was running?

Which master was I trying to serve?

I do not believe that God tortures any person simply for its own sake. I believe that God enables all things to work for the greater good. And this, the 47th year of my life, is arguably too late to have this discussion. But it is here, and it is now.

At a point in every person’s life, one has to look deeply into the mirror of one’s soul and decide one’s unique truth in the world, not as we may want to see it or hope to see it, but as it is.

Mr. McGreevey believes that each person will have to decide for himself what “one’s unique truth in the world” is. We live in a world that is trying to run away from absolute truth, a world that believes in relative truth where “truth” is relative to the individual. Do you see the inherent problem in this type of thinking when it’s taken to its logical conclusion? What if my unique truth intersects with your unique truth? What if someone thinks stealing is okay, but when he steals my belongings I don’t think it is okay? What if someone believes pedophilia is fine, but you have children and don’t agree? What if you think cheating on a test is acceptable, but the teacher does not? You see where this leads-it leads to anarchy, plain and simple. We couldn’t live in a world like that.

There must be some standard of truth. Is it what the government says, or what schools teach? No, because they consist of people who can have different sets of “truth.” The universal standard of truth can come only from God.

“Jesus saith unto him, I am the way, the truth, and the life: no man cometh unto the Father, but by me.“

But here is where the problem arises. What if your “unique truth” contradicts what God’s Word says? Who must adjust? Who must change? You can be certain that God won’t be changing any time soon; He is sure in His ways. We are the ones whose viewpoints constantly change with the winds and waves of doctrine of this world. Your viewpoints must line up with His, or you will be found wanting when it is all said and done.

McGreevey says, “My truth is that I am a gay American.” God’s truth is that homosexuality is wrong no matter what anyone else’s reality is. Sometimes we have to read between the lines of what people say. McGreevey has been married twice, and he has two children each by a different woman. Wouldn’t that make him at least bisexual instead of homosexual? What was discovered, though, is that a “gay friendly” group helped him write his speech. They have an agenda they were trying to pursue through his statements. That is why we have to listen to what people say and process it to see what is really going on.

McGreevey asks, “Which master was I trying to serve?” Jesus says in Matthew 6:24, “No man can serve two masters: for either he will hate the one, and love the other; or else he will hold to the one, and despise the other. Ye cannot serve God and mammon.” All of us are going to serve somebody or something. Who are you serving? Please make sure it is the right Someone before you die.

The Southern Baptist Council on Family Life uncovered some disturbing facts: of the children raised in evangelical homes, 88% leave the church at age 18 and never return (The Foster Letter-Religious Market Update, August 10, 2002, p.1). I wonder why so many of our youth leave the church and don’t come back. Is it because we have taught them something to believe in, and yet we have not taught them the truth? Beliefs come and go, but truth remains the same.

Please pray for Mr. McGreevey and his ex-wife, current wife, and daughters. It is not an easy time when individuals are struggling with sin because it affects so many of the people around them. Also pray for them because the embarrassment can be very difficult for public figures; many people take potshots at celebrities because they feel like they can. Please pray that the McGreeveys will come to see the truth, which comes only from the Son of God.

It was a great summer of speaking and witnessing. Please pray that the people who heard me speak and read the book will be laborers in the harvest field, reaching the lost.

I am working on a new project about truth and deception and would appreciate your prayers on that.

Whether it is National Guard memos that may or may not be forged, we should all be looking for the truth. Once you find the truth, you can deal with it. If you are looking for something to fit an agenda, it is going to be a long walk through this life. Be a seeker of truth, and then boldly stand up for that truth.