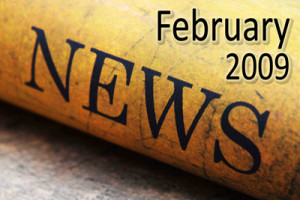 I really think you are going to be challenged by this newsletter. In order for it to make sense, you have to watch a five minute video clip from Penn Jillette. Some of you know him from the comedy act Penn and Teller. But many people know him as one of the foremost atheists in America:

Love and Faith can Impress Atheists

There are just so many interesting points to his video. Did you catch that the guy who witnessed to him wasnÃ¢â‚¬Ëœt at the show that night? That means he went home after a show and was burdened for PennÃ¢â‚¬Ëœs soul. He got a GideonÃ¢â‚¬Ëœs Bible, wrote some information in it, and returned to the theatre another time to talk with Penn. That spoke volumes to that lost person. It showed that this Christian man cared. You have to remember that Penn is not just some atheist. He continually dogs out God, Jesus, and the Bible in his routines. I read that he has a license plate that says, Ã¢â‚¬Å“DOG ON,Ã¢â‚¬Â which is Ã¢â‚¬Å“No GodÃ¢â‚¬Â backwards. He has a hatred for God that is very deep-seated. Did you notice how Mr. Jillette kept mentioning how good this guy was? How polite, honest, and sane he was? Did you notice when he said he knew this man cared about him?

But I say unto you, Love your enemies, bless them that curse you, do good to them that hate you, and pray for them which despitefully use you, and persecute you.

That ye might walk worthy of the Lord unto all pleasing, being fruitful in every good work, and increasing in the knowledge of God;

How We Approach People is Critically Important

Do you notice that how we interact with the people we witness to is so important? We have to give them the whole package: the words we use, how we speak to them, and non-verbal communication. Ã‚Â Lost people are checking us out. How we approach them and talk speaks volumes to them.

Did you see PennÃ¢â‚¬Ëœs face as he was talking about this man? You might want to watch the video again. You can see in his eyes and facial expressions that this conversation made a deep, deep impact on him. That man spoke words of life to Penn and demonstrated how a man of God should act.

I have written a new talk that is called We Are Here for Two Reasons. And those two reasons are: To make Him well known, and to make Him look good. That is exactly what this man did during this witnessing encounter.

Some of us might have jumped on the fact that Penn didnÃ¢â‚¬Ëœt know that Psalms wasnÃ¢â‚¬Ëœt in the New Testament, even though he has had some pretty hateful things to say about the Bible. That is truly a non-issue. His soul is much more important than his Biblical knowledge. He is lost. He needs truth. It is our job to give it to him. People donÃ¢â‚¬Ëœt get the gospel by osmosis. We are supposed to tell them.

This gentleman, or should we say gentle man, looked him right in the eye and was not defensive. He didnÃ¢â‚¬Ëœt need to be. He is a defender of truth. He knows Jesus Christ is Lord and that the Holy Spirit guides him into all truth. We need to look people in the eyes, and speak the truth in love into peopleÃ¢â‚¬Ëœs lives.

I really think Penn knows there is a God. The thing you can be sure of is that sin doesnÃ¢â‚¬Ëœt satisfy. All the money in the world will still leave you with some lonely nights as you lay on your bed.

God Can Soften the Heart of Tough Atheists

And He saith unto them,Ã‚Â Ã¢â‚¬ËœFollow me, and I will make you fishers of men.Ã¢â‚¬â„¢

And He saith unto them,Ã‚Â Ã¢â‚¬ËœGo ye into all the world, and preach the gospel to every creature.Ã¢â‚¬â„¢