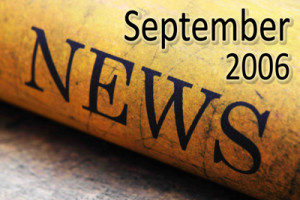 Truth is something everyone is looking for. Why? In a world full of lies, people are looking for an anchor to hold onto. When we have been deceived by someone, it hurts. And while the truth can hurt at times, it still is the truth. We must be seekers of truth in the days to come, and at the same time we must know that Satan is going to deliver all the lies that he possibly can to pull people away from eternal truth.

Recently, there was an article in Newsweek magazine entitled Ã¢â‚¬Å“PilgrimÃ¢â‚¬â„¢s ProgressÃ¢â‚¬Â (the link is below). It was an article written about the twilight of Billy GrahamÃ¢â‚¬â„¢s career.

In the article, Billy said the following about the Bible, Ã¢â‚¬Å“I am not a literalist in the sense that every single jot and tittle is from the Lord. This is a difference in my thinking through the years.Ã¢â‚¬Â Please count me as one of the people who does believe in every jot and tittle of Scripture. How does one decide which part is true and which part is not true?

“For verily I say unto you, till heaven and earth pass, one jot or one tittle shall in no wise pass from the law, till all be fulfilled.”

Jesus was in the business of fulfilling all of the jots and tittles of Scripture.

The article also states, Ã¢â‚¬Å“When asked whether he believes heaven will be closed to good Jews, Muslims, Buddhists, Hindus, or secular people, though, Graham says: Ã¢â‚¬ËœThose are decisions only the Lord will make. It would be foolish for me to speculate on who will be there and who wonÃ¢â‚¬â„¢t…I donÃ¢â‚¬â„¢t want to speculate about all that. I believe the love of God is absolute. He said He gave His son for the whole world, and I think He loves everybody regardless of what label they have.Ã¢â‚¬â„¢Ã¢â‚¬Â The good news is that because we have a Bible where every jot and tittle is correct, we donÃ¢â‚¬â„¢t have to speculate on whether someone is going to go to heaven or hell. That is great news. The Bible already tells us:

Ã¢â‚¬Å“For there is one God, and one mediator between God and men, the man Christ Jesus;Ã¢â‚¬Â

Ã¢â‚¬Å“Jesus saith unto him, I am the way, the truth, and the life: no man cometh unto the Father, but by me.Ã¢â‚¬Â

Ã¢â‚¬Å“Neither is there salvation in any other: for there is none other name under heaven given among men, whereby we must be saved.Ã¢â‚¬Â

See, I donÃ¢â‚¬â„¢t think the Lord wanted us to speculate about who was and wasnÃ¢â‚¬â„¢t going to go to heaven. I think He wanted us to know (1 John 5:13)! If we donÃ¢â‚¬â„¢t know what it takes to go to Heaven, how could we logically share the truth with others? We canÃ¢â‚¬â„¢t share with someone if we donÃ¢â‚¬â„¢t know ourselves. It would defeat the point of witnessing if there was more than one way to Heaven, or no definite way to Heaven. That is why the world is broken up into lost and saved. Those are the only two labels that we really need to worry about.

I was not thrilled with some of the statements that Billy made in this article. But when it really hit home for me was when my Catholic father handed me the Newsweek magazine and said, Ã¢â‚¬Å“Even Billy Graham believes there are many different ways to heavenÃ¢â‚¬â€just like I do.Ã¢â‚¬Â For all the years I have been telling my father that the only way to get to heaven is through Jesus, and now my dad thinks he has confirmation for what he believes.

So, I ended up calling Billy GrahamÃ¢â‚¬â„¢s ministry. I expressed my concerns to the lady on the phone. She told me that if you look at Billy GrahamÃ¢â‚¬â„¢s whole body of work, you will know what he believes. I told her that my dad will not read the whole body of work, but he does read Newsweek. Also, this is not the first time Billy has made statements about not being clear on Jesus as being the only way to heaven. He made similar comments on Larry King live recently.

The lady at the ministry then stated that if I would read his last book, then I would know what he believes. I said lost people read Newsweek and not Billy GrahamÃ¢â‚¬â„¢s autobiography. I stated that this is killing us on the streets when we are telling people Jesus is the only way to get to heaven, and one of the main public figures for Christianity is not clear about it.

The lady said that Billy is getting older and that he might mess up. I totally agree with that, and I think we need to give people the benefit of the doubt. After a recent speaking engagement, a man walked up to me and we chatted for a while. He used to work for Mr. GrahamÃ¢â‚¬â„¢s ministry for 8 years. I told him that I thought Billy is getting older and that he might just be messing up in some of his comments. The guy told me he disagreed. He told me he thinks Billy just doesnÃ¢â‚¬â„¢t want to offend anyone. That was a sad statement to hear from someone that worked for the manÃ¢â‚¬â„¢s ministry. The gospel is offensive. Truth offends. Period. I called BillyÃ¢â‚¬â„¢s ministry a second time, and a guy told me that Billy has made friends with many people of different faiths and didnÃ¢â‚¬â„¢t want to burn those bridges. What better friend can you be to someone than to tell them the truth about eternity? By the way, what kind of friend would you or I be if we had friends dying and going to hell, and we didnÃ¢â‚¬â„¢t warn them about the eternal judgment that awaits them?

I ended up calling the ministry again to see if Billy was going to recant on the statements that were made. There is a letter to the editor of Newsweek that was sent in, but it doesnÃ¢â‚¬â„¢t mention that he was misquoted. Why? Because I donÃ¢â‚¬â„¢t think he was.

Numerous times in the Bible there is talk about deception in the end of days. Why? Because it is the Great DeceiverÃ¢â‚¬â„¢s plan to make sure people do not have the truth. If Lucifer can get people to believe a lie, then they will not become born again by the blood of Jesus Christ. The thing I want to challenge you the most with in this newsletter is for you to be very careful of religious people in the days to come. Why? Because we automatically believe religious people. How could they be wrong? They are speaking for God so they must be right. Actually that is why we must be more careful of religious people. In Matthew 24, when Jesus tells us to watch out for false christs and false prophets, what are those? False religious people. It is hard to tell if someone is telling the truth when lies and truth are mixed together. We canÃ¢â‚¬â„¢t discern which is true and which is a lie, and that is how we get deceived.

Every man of God that you listen to, DVDÃ¢â‚¬â„¢s you watch, and books you read, be very careful. You donÃ¢â‚¬â„¢t know if they are telling you an untruth unless you know the truth. Where do you find the truth? In a good translation of the Bible, and that is it. You must filter everything back through GodÃ¢â‚¬â„¢s word to see if people are speaking truth. I am at the point now, that I expect people to lie to me, but if I know GodÃ¢â‚¬â„¢s word, I will know when someone tells me something I cannot trust.

And here is the main point to this newsletter. In the days to come, be very careful of Mark Cahill. If Mark Cahill ever walks away from one of the essential doctrines of the Christian faith and preaches heresy, get as far away from me as you possibly can. At that point, you take my books, tapes, whatever you have, and throw them in a trash can. At that point I will have fallen under the sway of Satan to preach deception in the end of days. One of my prayers is, Ã¢â‚¬ËœFather please do not let me be deceived so that I will not deceive other people.Ã¢â‚¬â„¢ I know I have a platform, and I donÃ¢â‚¬â„¢t want to misuse that to send people towards a lie instead of towards the truth. Please pray for every Christian person that influences your life in any way that they will not be deceived in the coming days. Pray that these men and women of God will finish the race of life very strong. Read your Bible, study your Bible, and obey what you read. You will not be deceived by anyone in the coming days if you are a person who does just that.