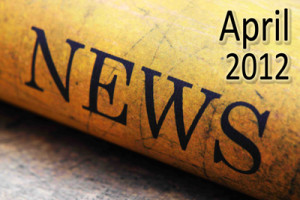 God Has Rejected You From Being King

Ã¢â‚¬Å“Then came the word of the LORD unto Samuel, saying, It repenteth me that I have set up Saul to be king: for he is turned back from following me, and hath not performed my commandments. And it grieved Samuel; and he cried unto the LORD all night. And when Samuel rose early to meet Saul in the morning, it was told Samuel, saying, Saul came to Carmel, and, behold, he set him up a place, and is gone about, and passed on, and gone down to Gilgal. And Samuel came to Saul: and Saul said unto him, Blessed be thou of the LORD: I have performed the commandment of the LORD. And Samuel said, What meaneth then this bleating of the sheep in mine ears, and the lowing of the oxen which I hear? And Saul said, They have brought them from the Amalekites: for the people spared the best of the sheep and of the oxen, to sacrifice unto the LORD thy God; and the rest we have utterly destroyed. Then Samuel said unto Saul, Stay, and I will tell thee what the LORD hath said to me this night. And he said unto him, Say on. And Samuel said, When thou wast little in thine own sight, wast thou not made the head of the tribes of Israel, and the LORD anointed thee king over Israel? And the LORD sent thee on a journey, and said, Go and utterly destroy the sinners the Amalekites, and fight against them until they be consumed. Wherefore then didst thou not obey the voice of the LORD, but didst fly upon the spoil, and didst evil in the sight of the LORD? And Saul said unto Samuel, Yea, I have obeyed the voice of the LORD, and have gone the way which the LORD sent me, and have brought Agag the king of Amalek, and have utterly destroyed the Amalekites. But the people took of the spoil, sheep and oxen, the chief of the things which should have been utterly destroyed, to sacrifice unto the LORD thy God in Gilgal. And Samuel said, Hath the LORD as great delight in burnt offerings and sacrifices, as in obeying the voice of the LORD? Behold, to obey is better than sacrifice, and to hearken than the fat of rams. For rebellion is as the sin of witchcraft, and stubbornness is as iniquity and idolatry. Because thou hast rejected the word of the LORD, he hath also rejected thee from being king.Ã¢â‚¬Â

I am really enjoying getting older. It just seems that the older I get, the simpler things become. You realize what matters, and what doesnÃ¢â‚¬â„¢t matter. It is like things are becoming much clearer and more focused, and I like that.

God truly doesnÃ¢â‚¬â„¢t ask much of His followers. Obedience will do just fine as you follow God. But a funny thing happens along the way of life when we donÃ¢â‚¬â„¢t obey God. Sometimes we just go through the religious hoops and think that will make everything right with God. We go back to church, go to Sunday school, sacrifice some animals, be nice to the prophets, give a little bit to the church, and then think everything will be just fine. Actually, it doesnÃ¢â‚¬â„¢t work that way. We donÃ¢â‚¬â„¢t get check marks from God for the things that we do. How about just obeying Him? That is all He really asks. Obedience always brings joy. Always! When you obey your parents, there is joy in that. When you disobey your parents, there is no joy.

So even if we do all of those religious things, but we are not obeying God during all the other days of the week, there will be no joy in our lives.

I was talking with a pastor the other day in Chicago, and we discussed the fact that whenever we come home from witnessing, we always have this infectious joy! Obedience brings joy.

My mom and I went to lunch on my birthday. While we were in the restaurant, we bought other peopleÃ¢â‚¬â„¢s meals, witnessed, etc. One of the men that we met had just gotten saved four months earlier. I asked what had happened. He shared with me that he had a friend who died; he was at the funeral, and knew it was time to repent and believe upon the Lord Jesus Christ. He was enthralled with what we were doing in the restaurant trying to reach people for the Lord. It really encouraged him to be bolder in his walk. My mom and I were talking about how much fun we had that day. Why was it so much fun? We were obeying what God tells us to do by being fishers of men.

I had the chance to talk with two Muslims from Senegal in the airport. We had the most fascinating talk about who the real Jesus is! Boy, did we have a different view of Jesus! It was a wonderful give and take. I am so glad I obey the real Biblical Jesus when I share Him with others!

I would never want God to regret that He made me or made me a minister. The disobedience of Saul actually brought God to that point. If you have any areas of your life that are not lined up with GodÃ¢â‚¬â„¢s Holy Word, repent of them today. You know what the Scriptures say. Disobedience needs to fall by the wayside. I want to encourage you to have a very joyful Spring as you obey the Lord in all areas of your life!!

P.S. Someone just emailed me and let me know that death is GodÃ¢â‚¬â„¢s forced retirement from witnessing in this life. What an interesting statement! No witnessing to lost people on the other side, so make sure you pick up the pace and obey God and be a bold soul winner in the days to come!!