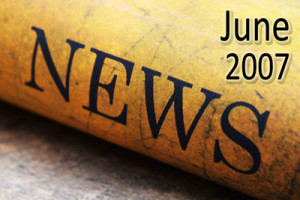 Soldiers of the Cross, Be Bold

No man that warreth entangleth himself with the affairs of this life; that he may please him who hath chosen him to be a soldier.â€

Now letâ€™s ask ourselves a question. Do we as Christians want to be on the front lines, or do we want to be back â€œhomeâ€ so to speak? Would we rather spend our time in the bar sections of our towns reaching the lost, or back at our churches hearing a sermon? Would we rather be on a college campus discussing eternal truth with students and professors, or would we rather be hanging out with another Christian at their house having â€œfellowshipâ€?

Below are the lyrics to the hymn â€œOnward Christian Soldiers.â€ Enjoy, and be challenged.

With the cross of Jesus, Going on before,

Christ the royal Master, Leads against the foe;

Like a mighty army, Moves the Church of God;

Brothers, we are treading, Where the saints have trod;

We are not divided, All one body we,

One in hope and doctrine, One in charity.

Crowns and thrones may perish, Kingdoms rise and wane,

But the Church of Jesus, constant will remain;

Gates of hell can never, ‘gainst that Church prevail;

We have Christâ€™s own promise, and that cannot fail.

Blend with ours your voices In the triumph song;

Glory, laud, and honor, Unto Christ the King;

This through countless ages, Men and angels sing.

I wonder if many of us can even utter a song like that. We are so comfortable in our current state of Christianity even as the world dies and goes to hell. How will I ever be able to look the bold saints of God in the eye when I wonâ€™t even get on the front lines where I live?

â€œI, even I, am he that comforteth you: who art thou, that thou shouldest be afraid of a man that shall die, and of the son of man which shall be made as grass;â€