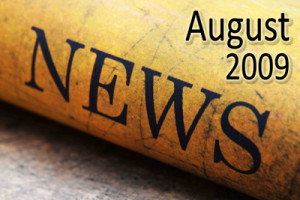 I got an email the other day from an acquaintance of mine who went overseas for some collegiate studies. Europe for seven months sounds like a good time to me! So I emailed him: Ã¢â‚¬Å“Tell me a story of someone you witnessed to while you were over there?Ã¢â‚¬Â Here was his response:

To tell you the truth, I am not really big into the verbal witnessing approach that I always used in high school. I study history and sociology at school, and I quickly became aware that the Christ was very concerned about the physical well being of people, especially those oppressed by social injustice, discrimination, and the effects of the Roman Empire. I think a modern parallel to this would be the ways in which the U.S. has colonialized the world both in the realms of politics and globalization as well as in the realm of culture.

The majority of US Christians are not very aware of the syncretism that has influenced their religious views simply as a result of growing up in the States, and I believe that for a wise approach to sharing Christ’s actual message learning other cultures and beliefs and allowing them to influence your understanding of the world is even more loving and Christ-like than attempting to sway people into thinking along the lines of your upbringing and religious concepts. I don’t know if that makes sense to you, but I definitely witnessed to everyone around me from Spaniards themselves to other exchange students from Mexico, Brazil, and Argentina, etc. by listening to their frustrations with the immorality of my country and its devastating impact on their cultures and economies, and in doing so, I shared the love of Jesus and made quite a few friends.

Part of my response to him was:

I kind of figured you might have gotten off path. I see it happening to so many people in general, but definitely by so many college students who claim to be Christians.

When Jesus told us to go into all the world and preach the Gospel to every creature, He meant that. Tell them the truth about Jesus Christ.

When Philip witnessed to the Ethiopian eunuch, he did it with his mouth and not his actions.

When Jesus witnessed to the woman at the well, it was a verbal conversation. You never see Him getting the water for that woman.

Being nice to people is not witnessing. Should our actions go with our words? You better believe it! I will have a DVD coming out about that soon. But doing nice things for people is not a substitute for sharing the Gospel with them.

Once I met some atheists who went down to New Orleans to help Katrina victims after the hurricane. Does that mean that people who received help from them are going to become atheists just because the atheists Ã¢â‚¬Å“shared their faithÃ¢â‚¬Â by being nice atheists with good works? Of course not. That is a ludicrous thing to believe. So why do we believe when it comes to Christianity that people will get Christianity by osmosis from us?

Another thing I got out of this young manÃ¢â‚¬â„¢s email is that MomÃ¢â‚¬â„¢s and DadÃ¢â‚¬â„¢s, you better be very, very careful where you send your kids to college! All of that work that you put into that child, all the time you invested in that child, and all of that Biblical foundation you laid, can be destroyed by professors in universities and colleges all across America. Oh, and by the way, this individual is attending a Ã¢â‚¬Å“ChristianÃ¢â‚¬Â university!

As you can see, he is missing scriptural authority in his argument. My next email to him asked if he believes hell is a real place and who goes there? One thing he wrote is that he made friends with lots of people in Europe, but just because you, I, him, etc. as Christians are just making friends with people, that doesnÃ¢â‚¬â„¢t help them with where those friends will be 100 plus years from now! No, he hasnÃ¢â‚¬â„¢t responded to those emails. He probably wonÃ¢â‚¬â„¢t. But that is okay. If I care about him, and I do; I better help him understand the Bible correctly.

Ã¢â‚¬Å“And they stirred up the people, and the elders, and the scribes, and came upon him, and caught him, and brought him to the council, And set up false witnesses, which said, This man ceaseth not to speak blasphemous words against this holy place, and the law: For we have heard him say, that this Jesus of Nazareth shall destroy this place, and shall change the customs which Moses delivered us. And all that sat in the council, looking stedfastly on him, saw his face as it had been the face of an angel.Ã¢â‚¬Â

They were trying their hardest to get rid of this man who was speaking Biblical truth to them. Then in chapter 7 verse 1 it states, Ã¢â‚¬Å“Then said the high priest, Are these things so?Ã¢â‚¬Â The high priest asks a very specific question to Stephen, and Stephen does the most amazing thing. He answers it! He didnÃ¢â‚¬â„¢t say, Ã¢â‚¬Ëœyou have watched me for the last few months so you know what I believe.Ã¢â‚¬â„¢ He didnÃ¢â‚¬â„¢t say, Ã¢â‚¬Ëœlook at my Trinity Tunic with the special fish design to know what I believe.Ã¢â‚¬â„¢ He didnÃ¢â‚¬Ëœt tell them to check his driveway because his donkey is gone every Wednesday and Sunday as he goes to church. He didnÃ¢â‚¬â„¢t decide not to speak at all because they all knew he was a Christian. He didnÃ¢â‚¬â„¢t say, Ã¢â‚¬Ëœlisten to the songs I have on my ipod and you will know what I believe.Ã¢â‚¬â„¢ He did none of those things. What he did do is open up his mouth and proclaim a beautiful statement of eternal truth that still reverberates to this day. I am sure it didnÃ¢â‚¬â„¢t even cross his mind to do some good deeds for that crowd. He had his God given opportunity to preach Biblical truth, and he went for it. Take a look and read Acts 7 to see those beautiful words that he spoke. But as you get to the end of the chapter, youÃ¢â‚¬â„¢ll see something very interesting happened. Stephen was stoned to death because he was such a nice guy. No! He was martyred because he told them the truth about Jesus.

One of our problems in America is that we have too few martyrs. Not enough people die for their faith in Jesus Christ. But if you are sharing your faith, you know the laws are changing. The world is coming much harder against Christians who verbally proclaim the truth about Jesus Christ. There will be more Christians dying for their faith in the coming days. But please remember that you wonÃ¢â‚¬â„¢t be dying for Jesus because you are a nice person. You will die for Jesus because you boldly proclaim repentance, judgment, holiness, and Jesus as the only way to the Father to a people and a country that does not want to hear it.

P.S. You have to watch this very short video, it is a prime example of what we talked with above. Here is a quote about the women in the video:

The Most Rev. Dr. Katharine Jefferts Schori, previously Bishop of Nevada, is the twenty-sixth Presiding Bishop of The Episcopal Church. She is chief pastor to the Episcopal Church’s 2.4 million members in 16 countries and 110 dioceses, ecumenical officer, and primate, joining leaders of the other 38 Anglican Provinces in consultation for global good and reconciliation.

Do you see any difference between what she said and what Stephen said? This woman has no worries about being martyred for her faith. She fits in just fine with all of the other false prophets here in the end times. Probably the saddest part of the whole thing was the people clapping for her at the end. Why would they do that? Because they donÃ¢â‚¬â„¢t know their Bibles! If they had studied to show themselves approved, they could have spotted this false teacher in a split second.

I had the chance to speak at the Episcopal National Conference six or seven years ago. They asked me to cut my talk short and get off the stage. Why? Because I was such a nice guy who did good works? No. They didnÃ¢â‚¬â„¢t like the fact that I was going through each of the Ten Commandments and talking about what the Bible said about their sin. It was way too convicting for some of the leadership.