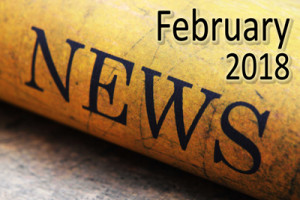 When I was leaving the doctorÃ¢â‚¬â„¢s office the other day and walking into the parking lot, a lady and I were about to cross paths. Since I always have tracts in my pocket or in my hands, I said, Ã¢â‚¬Å“Did you get one of these?Ã¢â‚¬Â She told me she had not. So I gave her one and let her know it was a gospel tract. Then she walked on.

As I was standing by my car, thirty or forty seconds later, she shouted out to me, Ã¢â‚¬Å“I really needed this!Ã¢â‚¬Â So I called back, Ã¢â‚¬Å“Do you like to read?Ã¢â‚¬Â And she shouted back again saying that she did. Then I motioned for her to come over to my car, so I could give her a book or two.

As she headed over, I asked her why she needed that tract. She let me know that her son had died the day before. I asked her how old he was. She said he was forty. I asked, Ã¢â‚¬Å“How did he die?Ã¢â‚¬Â She said he died of cancer. So I said, Ã¢â‚¬Å“Was he saved?Ã¢â‚¬Â She gave me kind of an odd look and just began to cry. She told me that he was not saved. She said she was a believer in the Lord for the forgiveness of sins. So I then asked, Ã¢â‚¬Å“Did you tell him about the Lord?Ã¢â‚¬Â And she told me that she had. She said she had brought him up in church and shared her faith with him as he got older, but he rejected it. So I let her know that as a watchman, our job is just to blow the trumpet and warn people that judgment is coming. It is their job to do something with the warning.

Now, that does not bring back someoneÃ¢â‚¬â„¢s son. That does not ease the pain. But truth still needs to be shared when you have the opportunity to share it.

Since we are talking about being a watchman this month, remember that watchmen watch. We keep our eyes open. We look for opportunities everywhere we go. We know that opportunities are out there, so we just have to make the most of them.

I have been looking for a new car. My car is 16 years old! I guess it is time for a different one. I have been praying that my search turns into a mission trip with every dealership I go to. So I was at this one dealership, and Jimmy was helping me out. As I was test driving a car, he said, Ã¢â‚¬Å“LetÃ¢â‚¬â„¢s pull in here so we can get some gas.Ã¢â‚¬Â Now, all I am thinking is, Ã¢â‚¬Å“Why didnÃ¢â‚¬â„¢t this car have enough gas in it to start with?Ã¢â‚¬ÂÃ‚Â Seems like that would be the logical thing to do before having someone test drive a car!

When we got to the gas station, I saw a man sitting on the curb. So I went over to chat with him. He was homeless and struggling. We chatted about the Lord, and then I gave him a book, since he said he liked to read, and some money to help him out. He just started weeping and crying. It was like I had handed him a million dollars. It was a perfect, divine appointment set up by God.

As we left the gas station, Jimmy asked if I would pull into a McDonaldÃ¢â‚¬â„¢s. He hadnÃ¢â‚¬â„¢t had lunch yet! Apparently, I had turned into JimmyÃ¢â‚¬â„¢s personal chauffeur or errand boy! I thought, Ã¢â‚¬Å“This is getting nuts. I just want to test drive the car!!Ã¢â‚¬Â When we walked into the restaurant, there were three high-school students there. So I handed them some tracts, and we got to talking. It was a great conversation.

After we left McDonaldÃ¢â‚¬â„¢s, I finally got to test drive the car! As I was driving it, Jimmy and I start talking. He has his four grand kids living with him and his wife. He ended up telling me that his daughter is in prison for the second time because of drugs. She has a habit she cannot break. And you and I know she will only break it with the LordÃ¢â‚¬â„¢s help. Jimmy and his wife got legal custody of the kids, and now they have four new mouths to feed! Think about the change in your life if, all of a sudden, four new people were living with you, kind of out of nowhere. That would be a serious change for anyone.

Before I left the dealership, I was chatting with Jimmy about the importance of getting those kids into church, teaching them the Bible, and the things he and his wife could do to lay a solid, biblical foundation in those kidsÃ¢â‚¬â„¢ lives. So I gave him a blessing to help with the cost of the four new mouths in his home. Wait, shouldnÃ¢â‚¬â„¢t he have given me a blessing for being his personal chauffeur?? I am going to have to think about that!

Ã¢â‚¬Å“And it came to pass at the end of seven days, that the word of the LORD came unto me, saying,

Ã¢â‚¬Å“Son of man, I have made thee a watchman unto the house of Israel: therefore hear the word at my mouth, and give them warning from me.

Ã¢â‚¬Å“When I say unto the wicked, Thou shalt surely die; and thou givest him not warning, nor speakest to warn the wicked from his wicked way, to save his life; the same wicked man shall die in his iniquity; but his blood will I require at thine hand.

Ã¢â‚¬Å“Yet if thou warn the wicked, and he turn not from his wickedness, nor from his wicked way, he shall die in his iniquity; but thou hast delivered thy soul.

Ã¢â‚¬Å“Again, When a righteous man doth turn from his righteousness, and commit iniquity, and I lay a stumbling-block before him, he shall die: because thou hast not given him warning, he shall die in his sin, and his righteousness which he hath done shall not be remembered; but his blood will I require at thine hand.

Ã¢â‚¬Å“Nevertheless if thou warn the righteous man, that the righteous sin not, and he doth not sin, he shall surely live, because he is warned; also thou hast delivered thy soul.Ã¢â‚¬Â 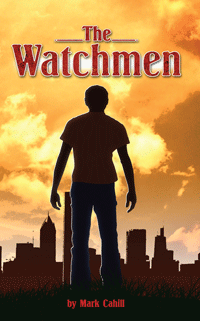