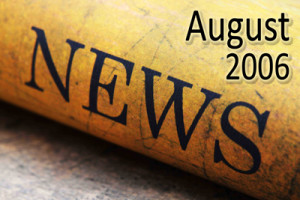 Where Are You Preaching This Week?

“Delivering thee from the people, and from the Gentiles, unto whom now I send thee, to open their eyes, and to turn them from darkness to light, and from the power of Satan unto God, that they may receive forgiveness of sins, and inheritance among them which are sanctified by faith that is in me.”

There was recently an article in the Atlanta Journal-Constitution about a couple of street preachers who were arrested for being on a public sidewalk, holding up their Bibles, and talking with people about Jesus. Yes, you read that correctly. Not only was what they were doing 100% biblically correct, but it was 100% legally correct as well. We have the legal right in America to be on public sidewalks and hand tracts out and talk with people. It is our constitutional right as Americans to do that, no matter what anyone might tell you.

In the article, various city managers were asked if it was legal in their city to preach on the streets. One city manager stated, Ã¢â‚¬Å“Ã¢â‚¬â„¢If we got a complaint, we might ask them to move on.Ã¢â‚¬Â He went on to say, Ã¢â‚¬Å“I donÃ¢â‚¬â„¢t think weÃ¢â‚¬â„¢ve ever had to deal with it. I think all of our preachers have stayed in the church.Ã¢â‚¬Â Yes, the man said that. You can see the expectation of other peopleÃ¢â‚¬â€You Christians keep your Jesus and your preaching in the churches, and let us be left alone out here. Why has this man never seen a preacher on the streets of his city preaching? The reason is because we have learned to keep our preaching in the churches and away from the lost.

What does the Bible say about all of this? Where do you find Jesus spending his time? It looks to me like He spent a great proportion of His time out in the world with the lost. You find Him out talking with the woman at the well, the rich young ruler, etc. He is out with the lost people, so He can reach them. You also find Jesus preaching in synagogues. Now that is a novel approach. I wonder how many of our preachers have ever preached in synagogues before? Did you know that some of the Jewish people in the synagogue were filled with wrath when they heard Jesus preach? Jewish people do not believe in Jesus as the Messiah as Christians do. This would not be friendly territory for preaching, but that is exactly where the gospel must be taken. It must be taken to the people who are not born again.

Ã¢â‚¬Å“Declare his glory among the heathen, his wonders among all people.Ã¢â‚¬Â

In the book of Acts, we see Peter talking with people at the gate of the temple. We see Philip preaching to the people in Samaria, Paul preaching at Mars Hill and speaking with King Agrippa. None of these events took place in a church. At times you see these great men of God speaking to believers to encourage them and equip them to go and reach the lost, but it seems a majority of their time was spent reaching the lost in the world for Jesus. Preaching Christ crucified to them. If we are supposed to turn people from the darkness unto light, and from the power of Satan unto God, to reach them we must be about the business of being with them in their world, where they are.

“For we cannot but speak the things which we have seen and heard.”

You see, nothing could hold those followers of Jesus back from speaking about what they knew to be true about Jesus- wherever they were. They knew lost people needed to hear this information, so they took it to them.

One night last week, I got the chance to witness to people from England, Afghanistan, and Korea, all in one night. I have gotten two phone calls in one day from a man that I met at an airport that said he couldnÃ¢â‚¬â„¢t put down my latest book. I got the chance to witness to Ruben Studdard, the American Idol winner, the other day at the airport. At a gas station a couple of nights ago, I witnessed to a 19-year-old young man who is out on bail for murder charges. I think my chances of meeting these people in church were about zero percent. But my chances of meeting them out in the world were 100 percent.

Do you remember the game of tag as a kid? There was always the home base. The place where no one could tag you. The place where you were safe. That is how many of us look at church. We are safe there. We are away from the world, and those sinners canÃ¢â‚¬â„¢t tag us. But do you remember when you took off running from home base to the next safe place? Do you remember the excitement and thrill at that point? Because now you could be tagged. You could be Ã¢â‚¬Å“it.Ã¢â‚¬Â That is where the thrill was. That is where the excitement was. That is also true in Christianity. Many times the thrill is away from church on the streets talking with the lost. That 19-year-old out on bail and his buddy both said that they knew God had sent me to them that night. It was a thrill to watch God work.

This week, I want you to ask your pastor the last time that he preached on the streets. See what his response is. A pastorÃ¢â‚¬â„¢s job is to shepherd his flock. Somehow we have separated discipleship and evangelism in most churches today, but they go together in the Bible. But be ready because he might just come back and ask you the same question, so make sure you have an answer. What a country this could be when we get preachers and born again believers off the pews and on the streets. All I have to say is, letÃ¢â‚¬â„¢s find out right now.