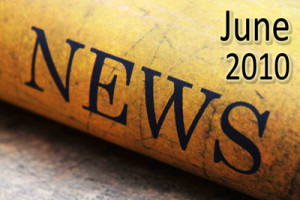 Are Your Ears Itching Yet?

As we head toward the fulfilling of the prophecies of the end times that the Bible predicts, one thing you have to ready for, watching for, and listening for are false teachers. These will be both religious people of other faiths, as well as people who will fall under the umbrella of Ã¢â‚¬ËœchristianityÃ¢â‚¬â„¢ or as one guy called it Ã¢â‚¬Ëœthe visible church.Ã¢â‚¬â„¢

One quote from the article said,

Ã¢â‚¬Å“Thousands of people waiting in long lines to see him this week seemed to be of one mind in their quest to hear his words of wisdom.Ã¢â‚¬Â

Ã¢â‚¬Å“[He] is carrying a really important message and we really need to hear it today, which is the cooperation with each other, and compassion which seems to be sadly missing,Ã¢â‚¬Â Chad Doury of Brooklyn said.Ã¢â‚¬Â

It got me thinking about a few things. One, to whom are we looking to gain wisdom? Are you looking to secular people? What can a non-believer in the deity of Jesus Christ really teach you if you are looking for eternal wisdom? Is cooperation really the main goal? The Bible will never give you that impression.

We are never called to sacrifice truth on the altar of unity. Never.

Quoting from the article again:

Ã¢â‚¬Å“A packed auditorium of followers have been hearing the Buddhist monkÃ¢â‚¬â„¢s teachings. His main theme of religious understanding draws from his new book, Ã¢â‚¬ËœToward a True Kinship of Faiths.Ã¢â‚¬â„¢Ã¢â‚¬Â

He encourages people to hold on to their traditional faiths but to Ã¢â‚¬Å“genuinely accept the full worth of faith traditions other than their own.Ã¢â‚¬Â

Ã¢â‚¬Å“IÃ¢â‚¬â„¢m Buddhist,Ã¢â‚¬Â he says. Ã¢â‚¬Å“According to my own practice, Buddhism is best. But I cannot say for 100 people. Each person has a different faith. So according to each person, their religion is best for them.Ã¢â‚¬Â

When I witness to people, I always remind them to never, ever search for something to believe in. Always search for the truth. The Dalai LamaÃ¢â‚¬â„¢s comments donÃ¢â‚¬â„¢t even pass the smell test if you are thinking your way through this life and not just following your way through this life. Are you filtering things your eyes see through the lens of the Bible? That is the only way you will find truth and error in this present world.

This is where the COEXIST movement came from. You probably have seen those COEXIST bumper stickers. When you do, go up and chat with the person and ask why they have it. For many of them, It boils down to, Ã¢â‚¬Ëœwhy canÃ¢â‚¬â„¢t we all just get along?Ã¢â‚¬â„¢

Here is another section of the article:

Ã¢â‚¬Å“Although the Dalai LamaÃ¢â‚¬â„¢s visit has been for the most part warm and cozy, it has not been without critics.

CI President Steve McConkey says he respects the Dalai Lama but believes Buddhism is pantheistic and goes against Christian doctrine.

Ã¢â‚¬Å“Christians need to teach the truth in their churches and not be afraid to mention different false beliefs by name in order to help people have clarity during these shifting times,Ã¢â‚¬Â he says.

But not all Christians agree with McConkey.

Now it gets even more interesting. Which of those two people are you going to believe? How is your Biblical discernment doing?

Did you see what Serene Jones said? She believes that Mr. McConkeyÃ¢â‚¬â„¢s statement is offensive, but nothing that the Dalai Lama said was offensive! Yes, Christianity has a lot to do with compassion; but in no way, shape, or form does the Dalai Lama help me to become a better Christian! It is utterly preposterous to suggest that he could. Reading my Bible and obeying what it says will do that. The Holy Spirit conforming me in the image of Christ will do that, and not the Dalai Lama (a leader of a complete different religion with a completely different deity).

Ã¢â‚¬Å“Beware of false prophets, which come to you in sheepÃ¢â‚¬â„¢s clothing, but inwardly they are ravening wolves.Ã¢â‚¬Â

Sounds to me like Ms. Jones is a wolf in sheepÃ¢â‚¬â„¢s clothing.

In another article that talked about his trip to New York City it said:

Ã¢â‚¬Å“On Sunday at the Cathedral of St. John the Divine, the Dalai Lama was to participate in an interfaith discussion titled Ã¢â‚¬Å“Kinship and its Meaning in Our World Today.Ã¢â‚¬Â

He said he believes followers of all religions should respect one another.

“Islam was also created by God,” he said, letting out a giggle when several reporters appeared surprised. (Link to article)

Again the answer is a big, big no. The implication is, when someone said we need to respect someone elseÃ¢â‚¬â„¢s faith, that they are equal in value. No, they are not. His book is entitled: Toward A True Kinship of Faiths. We are reaching the time when people are going to start trying, at an even greater degree, to blend faiths together. However, we are one in Christ, and in nothing else, when it comes to religious faiths.

When Rob Bell was at an interfaith religious forum in Seattle, he referred to the Dalai Lama as Ã¢â‚¬Å“his holiness.Ã¢â‚¬Â (Link to article) This is absolutely stunning to me. I am a former catholic. They would refer to the Pope as Ã¢â‚¬Å“The Holy See.Ã¢â‚¬Â This is blasphemy. Only God the Father, God the Son, and God the Holy Spirit are holy. We strive for holiness, but only God is holy.

Ã¢â‚¬Å“But as he which hath called you is holy, so be ye holy in all manner of conversation; Because it is written, Be ye holy; for I am holy.Ã¢â‚¬Â

It is blasphemous for Rob Bell to speak of the Dalai Lama that way. I saw the video clips from the event. Did Mr. Bell boldly proclaim the Biblical position of Jesus being the only way to heaven, because we need forgiveness of sins, to the Dalai Lama, the other people on the panel, and the audience? In no, way, shape or form did he do that. It was so, so sad.

I was talking with a University of Florida professor one time, and he said to me, Ã¢â‚¬Å“You are not one of those narrow minded bigots are you that believes Jesus is the only way to get to heaven are you?Ã¢â‚¬Â Well as a matter of fact, yes I am! Unashamedly so by the way.

And by the way, so was Jesus! He knew how people needed to get to the Father in heaven and He wasnÃ¢â‚¬â„¢t ashamed to tell people so. He wasnÃ¢â‚¬â„¢t concerned what people thought about Him. Truth mattered much, much more to Him than His image.

These latter days are going to be loaded with false teachers and teachings.

Ã¢â‚¬Å“For the time will come when they will not endure sound doctrine; but after their own lusts shall they heap to themselves teachers, having itching ears.Ã¢â‚¬Â

So who are you listening to? Who is it that is speaking into your life and that you are gaining wisdom from? Are you looking for people who are willing to tell you what you want to hear, or do you want the truth no matter what?

If you are still on track to read your Bible front to back this year, you should be hitting Psalms sometime this June. Keep soaking your mind with the Word of God. It is so much easier to find false teachings and false teachers when you know the Word of the Most High God!!

P.S. When the Dalai Lama came to Atlanta on one of his recent tours, there were a lot of brothers in Christ who were at the event reaching the lost for Jesus Christ. Keep hitting the streets folks. The lost need to hear Biblical truth in these very uncertain times.