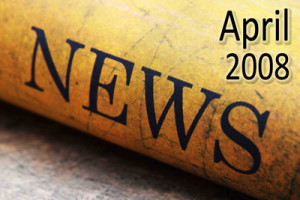 There is a new trend going around: doing Random Acts of Kindness, or RAK for short. The idea is to go up to other people, often strangers, and do something nice for them. So go buy someoneÃ¢â‚¬â„¢s dinner, put their trash can back after the garbage collectors have left it astray, attach an encouraging note to their locker at school, go mow someoneÃ¢â‚¬â„¢s grass, etc. Think right now: in your life what would be a RAK that you could do for someone else? Come up with some ideas. Now donÃ¢â‚¬â„¢t miss my next point.

I hope you never do another RAK for anyone you ever meet till the day you die. Sounds a little harsh doesnÃ¢â‚¬â„¢t it? Not very loving is it? I heard that at the funeral of a girl that was killed in a high school shooting, her Mom asked everyone to go out and do RAKs in loving memory of her daughter.

But you know what? A RAK does not glorify God. We are here to glorify God. You may cause someone to question why you or anyone would do that nice thing, but it doesnÃ¢â‚¬â„¢t glorify God. I have known Christians who have gone to New Orleans to help Katrina victims with their houses and their lives. If you do not help them along the journey of coming to know Jesus or serving the Lord Jesus Christ with their whole life, what is the point? I know of atheists who have gone to New Orleans to help Katrina victims, too. So is that going to help people come to the realization that there is no God? Of course not. People need to know why you are doing something so special in their lives.

I was going through a toll booth the other day in Florida. After witnessing to the toll attendant, I paid the toll of the car behind me. I gave him a tract booklet and asked him to give it to the guy behind me and let him know that a Christian man paid for his toll and just wanted to bless him today. As I drove away I watched in the rear view mirror. The attendant wouldnÃ¢â‚¬â„¢t take the money from the man in the truck. They were talking and then he handed him the tract. Later on down the highway, he sped up to catch me, honking his horn and giving me a thumbs up. I donÃ¢â‚¬â„¢t know if that was for the money he saved on the toll, or the Christian part, but either way, I wanted to make sure he knew why I would do something nice in his life.

Ã¢â‚¬Å“Then Paul stood in the midst of MarsÃ¢â‚¬â„¢ hill, and said, Ye men of Athens, I perceive that in all things ye are too superstitious. For as I passed by, and beheld your devotions, I found an altar with this inscription, TO THE UNKNOWN GOD. Whom therefore ye ignorantly worship, him declare I unto you.Ã¢â‚¬Â

I am so glad that Paul didnÃ¢â‚¬â„¢t get some 4O9 out and start cleaning up the statues and altars that the people had set up. They probably couldnÃ¢â‚¬â„¢t have been super clean being outside and all that. I am glad that Paul stood up and declared eternal truth to these folks. They were worshiping false gods, and heading to the wrong destination for eternity. And someone needed to love them enough to tell them so. I thank God that Paul did just that.

A few days ago, I got an email from a former atheist. This is what part of her email said:

Ã¢â‚¬Å“I am a student at a high school, located in Michigan. My friend Brooke and I were walking around the mall in Wausua, Wisconsin two weekends ago, and all of a sudden two women came up to us and asked us questions like you ask people in your book, One Heartbeat Away. I found it kind of interesting because I’ve always been an atheist and never in a million years thought that God or things that Jesus had supposedly done were real. When they first started talking, I couldn’t wait for them to finish. My friend just kind of laughed at the situation, but the two copies of your book that they handed to us, I took home. I’ve been reading one at home and one at school. It’s changed my life more than you can imagine. I’m still in shock that anything could have convinced me to change my beliefs like your book did.Ã¢â‚¬Â

On one of my recent trips, I was at a drive-thru and decided to buy the meal of the person behind me. I didnÃ¢â‚¬â„¢t know who they were. I witnessed to the young man working the drive-thru, and gave him a copy of one of my books to give to the car behind me and let them know a Christian wanted to bless them today with their meal and with a book he wrote. A couple of days later, I got an email from the woman driving the car. That day she only had ordered enough food for her two children because finances were real tight. When she came to the window, the young man gave her the book and explained what I had done. Her little boy in the back said to her Mom donÃ¢â‚¬â„¢t you think that is a sign from God that we need to start going back to church?! Wow. Mom was blown away. God used the entire encounter to get her attention as she is going through some tough times. She is back in church, reading the word of God, and obeying what it says to do.

We serve a wonderful God. Jesus said it is more blessed to give than receive. He meant that. Go on out today and go and bless someone. As a matter of fact, go out and bless more than one person. Just remind them why you are blessing them. You are blessing them because you have received the greatest blessing ever given 2000 years ago. DonÃ¢â‚¬â„¢t just be a nice person, but be a nice person with an eternal purpose who cares about the souls of all people. Selah.