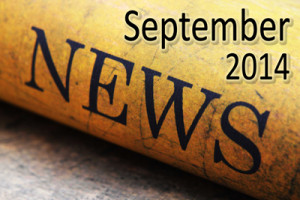 The Genie Is Not Free

This is probably going to be a little longer than most of my newsletters, but I think it will be worth your time.

Suicide is back in the news again, because of Robin Williams. So since it is in the news, letÃ¢â‚¬â„¢s talk about it.

One of the questions that always comes up is Ã¢â‚¬Ëœwhy would someone do that?Ã¢â‚¬â„¢ How could anyone get to the point of taking their own life? LetÃ¢â‚¬â„¢s take a deeper look at Robin.

Here is an article written by one of RobinÃ¢â‚¬â„¢s close friends. I want you to take the time to read it. It is on the short side, but it is very insightful:

So can parenting issues play into someone wanting to take their own life?

How about the loneliness that he felt as a kid that he had to fill up in a make-believe world?

If you ever watched Robin Williams do live comedy, you always knew he had deep-seated issues. Is this where it all started?

Ã¢â‚¬Å“Even in laughter the heart is sorrowful; and the end of that mirth is heaviness.Ã¢â‚¬Â

So for Robin, toy soldiers were an escape, comedy was an escape, and video games were an escape. So with suicide, he can escape all of his pain now. Well at least as Mr. Spencer wrote, Ã¢â‚¬Å“At last, that lonely little boy is at peace.Ã¢â‚¬Â Why do I think that is not a true statement?

By the way, what drugs was he on? Do you know those can cause depression? We live in a Ã¢â‚¬Ëœpop-a-pillÃ¢â‚¬â„¢ society. You have an issue? We have just the pill for you!! Do you ever read the warnings for those prescriptions? Have you seen all of the side effects that can occur when you take some of those drugs? Do you know that many of those drugs can cause suicidal tendencies? Are you sure that all of these SSRI drugs are good for us in the long run?

A current CNS news article features the findings of military physician Dr. Bart Billings who draws a clear connection between the surge of psychiatric medication use that began in 2005 and the increasing suicide rates of military personnel since that time. He estimates that nearly 80% of suicide victims were on some kind of psychiatric drug, which he sees as an all too common treatment for depression.

By the way, how did we solve our problems 100 years ago when we couldnÃ¢â‚¬â„¢t pop a pill for everything?

Was he on any illegal drugs or alcohol? Those are also known as ways to escape, but cause depression as well.

When he sought help, was he offered true escape through Biblical counsel, or was he given the wisdom of the world that can make problems worse?

People always talk about the Ã¢â‚¬ËœdemonsÃ¢â‚¬â„¢ that people deal with. What were his? Was it the failed marriages? The financial strain of paying alimony? Was it the failed TV show that was just cancelled? His recent diagnosis of ParkinsonÃ¢â‚¬â„¢s? Or was it that he was demon possessed?

The academy of motion pictures sent out a tweet about Robin WilliamsÃ¢â‚¬â„¢ passing. You can look at it here:

Are you sure the Ã¢â‚¬Ëœgenie is free?Ã¢â‚¬â„¢ And if what that academy says is true, in their mind, they just endorsed and encouraged other people that suicide is okay. You can solve your problems this way, because you are now free and free indeed on the other side!

According to the World Health Organization, every 40 seconds someone commits suicide. That adds up to nearly 800,000 people annually who take their lives and do not realize the serious problems they are likely creating for themselves and others.

So where do we go for our answers on suicide? We go to the same place that we always go, the Scriptures!

There are six suicides in the Bible. They are all mentioned in the negative. DonÃ¢â‚¬â„¢t do it. Murder is wrong. So that makes murder of self wrong. Period. If God is big enough to bring you into this world, He is big enough to take you out of this world.

I just finished reading the book of Jonah. I love that little book! Do you know in the last chapter that Jonah so badly wanted to die? Why didnÃ¢â‚¬â„¢t he take his own life?

What about Job? LetÃ¢â‚¬â„¢s be very honest here. Job had it much, much worse than Robin Williams did. Why didnÃ¢â‚¬â„¢t he take his own life? Is it possible Job was clinging onto Someone that Robin wasnÃ¢â‚¬â„¢t?

Ã¢â‚¬Å“And said, Naked came I out of my mother’s womb, and naked shall I return thither: the Lord gave, and the Lord hath taken away; blessed be the name of the Lord.Ã¢â‚¬Â

But what does Galatians 5 tell us about the fruits of the spirit?

“But the fruit of the Spirit is love, joy, peace, longsuffering, gentleness, goodness, faith, Meekness, temperance: against such there is no law. And they that are ChristÃ¢â‚¬â„¢s have crucified the flesh with the affections and lusts. If we live in the Spirit, let us also walk in the Spirit. Let us not be desirous of vain glory, provoking one another, envying one another.”

Now think about those verses. Does that sound like someone who would take their own life?

Why doesnÃ¢â‚¬â„¢t Paul take his life while he is in prison? Instead, he is singing joyfully unto the Lord!! Why? He had and was living the fruits of the Spirit!

Ã¢â‚¬Å“We are troubled on every side, yet not distressed; we are perplexed, but not in despair; Persecuted, but not forsaken; cast down, but not destroyed;Ã¢â‚¬Â

I am going to be honest: When I was going through my gallstone issue in January, when the pain was at its worst, I wanted out of it. I was literally doubled over in pain and said to myself, Ã¢â‚¬ËœI realize how people can want to take their own life in a situation like this.Ã¢â‚¬â„¢

But how do we get to the point that the only option we see on the table is to take our life? Why not go and run a mile and get those endorphins going? Why didnÃ¢â‚¬â„¢t Robin Williams take a jet plane to a beach? Why didnÃ¢â‚¬â„¢t he go and spend time with his kids? I mean there are literally a million things that one can do. But at the end, they are not seeing those options. And in the end, his kids will never see him here again.

God has given me some amazing times during these last seven months! There have been some incredible divine appointments that I would have never seen had I Ã¢â‚¬ËœescapedÃ¢â‚¬â„¢ from my pain.

Remember in the Reunion book that we deal with a suicide in the story. If Parker knew all of the ripple effects his suicide would cause, he would not have done it. The same with Robin. He has caused a lot of pain to those who were around him and that pain was unnecessary to leave with them.

I met a guy the other day who had attempted suicide by hanging, but the rope broke! His name was Christian. I am so glad he was still alive for a conversation about the cross.

We had a suicide at one of the schools I taught at years ago. I could never walk in that bathroom again without picturing that young man lying on that floor. Even years later, that bathroom had one meaning to me. I know fingerprints when I see them. Suicide bears the fingerprints of Satan. DonÃ¢â‚¬â„¢t let him win the battle with you or any of your friends.

On my flight a couple of days ago, the lady sitting next to me had her last two boyfriends commit suicide. Not only that, they committed suicide in front of her!! She knows suicide is wrong. She is totally convinced of that. How about you?

Someone reminded me that I had a quote in the One Heartbeat Away book from Robin Williams! I had completely forgotten. He said, “Death is nature’s way of saying, Ã¢â‚¬ËœYour table’s ready.Ã¢â‚¬â„¢Ã¢â‚¬Â Actually Robin tried to play God by taking his own life. He wanted to decide when his table was ready. One thing is for sure in this lifetime and that is you donÃ¢â‚¬â„¢t want to pretend you are God. He alone sits on His throne and no one else.

Hollywood is a fantasy world. The real world has now hit Mr. Williams, and now his problems have just started. He is not free. Not by a long shot.

What did Robin Williams need? Nothing. Who he needed was Jesus Christ! He needed to become a new creation. It is now way too late for that.

The next question is Ã¢â‚¬Ëœwho was the Biblical Watchman in his life?Ã¢â‚¬â„¢ What Christian shared the gospel with him? Who gave him a tract? Who handed him a book to read? Or did he come into contact with another type of Christian who was more concerned about getting his autograph or being his friend, but was not a true eternal friend, because he didnÃ¢â‚¬â„¢t care about his soul?

Robin wasted his life. It was all spent on earthly things that now have no eternal value. Please hear me: DonÃ¢â‚¬â„¢t waste your life. Please. Get saved, do something great for God, take your last breath, and get out of this crazy place and enjoy Jesus for all of eternity. When Ã¢â‚¬Å“your table is ready,Ã¢â‚¬Â you will be seated with the great King at the marriage supper of the Lamb and called into His joy forever!