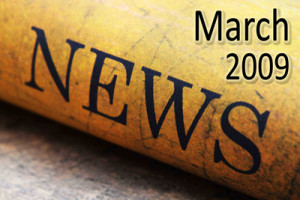 One of the fun things about traveling is all of the different people that you get to meet. On a recent trip to the South, I met a bold brother in the Lord who gave me a booklet that proposed the idea that when it comes to evangelism, the question to ask is not Ã¢â‚¬Å“Is it effective?Ã¢â‚¬Â But the question to ask, Ã¢â‚¬Å“Is it Biblical?Ã¢â‚¬Â Was the true gospel proclaimed, was Jesus glorified, was the attitude of the Christian biblical as he or she communicated the gospel? These are the type of concepts that Christians want to think about.

One of the more fascinating statistics in that booklet is when you look at witnessing encounters in the four gospels,Ã‚Â 87% of them happened with a total stranger who was confronted with biblical truth about sin, repentance, Jesus, the cross, and judgment to come. In the book of Acts, it was 83% of the evangelism happened with total strangers. Wow!

I always have people say to me, Ã¢â‚¬Å“I have to make friends with the person first before I share my faith.Ã¢â‚¬Â Actually, no you donÃ¢â‚¬â„¢t. You could share in the very first encounter that you have with the person, but you choose not to. I have had people tell me that they want to be friends with someone six months, one year, etc. before they will share their faith. After hearing that, I ask those people if they have shared with their friends at the six month mark? They told me no. By the way, how can you keep the most important thing about you, the Most High God and His Son Jesus Christ, to yourself for six months of a friendship? The only way you could is if God and His Son arenÃ¢â‚¬â„¢t the most important thing in your life. Maybe that should be the first part of learning how to share your faith.

Ã¢â‚¬Å“And Saul was consenting unto his death. And at that time there was a great persecution against the church which was at Jerusalem; and they were all scattered abroad throughout the regions of Judaea and Samaria, except the apostles. And devout men carried Stephen to his burial, and made great lamentation over him. As for Saul, he made havock of the church, entering into every house, and haling men and women committed them to prison. Therefore they that were scattered abroad went every where preaching the word.Ã¢â‚¬Â

Persecution came, and they were scattered about among a bunch of strangers. And what did they do? They preached the Word of God to those strangers. Why? Because that is what Christians are supposed to be doing!

Recently, on a plane flight, I was sitting next to a gentleman who was in the foyer of the first building that was hit on 9/11. What an interesting conversation! He had so much to talk about. One thing Lance told me, was that ever since that day, he has been seeking out what happens when you die. He has studied different religions, looked at reincarnation, etc. It was a most fascinating conversation. We talked the whole plane flight. He was eager to hear about what Jesus had done and why He was so much different than all other religious figures. He even wanted something more to read on the subject. I am so glad that I pray for whomever will sit next to me on a plane flight, and I am so glad that I talked with that stranger!

I just got this email from a friend in Lexington, KY:

Ã¢â‚¬Å“Kaitlyn met a married couple at the African Food store in Lexington the other day where we shop sometimes. They Ã¢â‚¬Ëœjust happenedÃ¢â‚¬â„¢ to pop in there and were asking the clerk about African food and meals. They asked Kaitlyn what she was doing with all the food she was buying. One thing led to another, and she invited them over for dinner so they could see African food prepared first handÃ¢â‚¬â€and meet all our children. They are really earthy yoga folks who are into Buddhism, meditation, etc., but very friendly too They showed up at 4pm and stayed ’til 10. Here and there a little we worked in the gospel, praying silently and putting up with their yoga-ness the best we could. We talked about Christ, about our sin, about His forgiveness. We enjoyed a meal together, sang for them, showed them photos and videos.

Just before they left, I told them I had a gift for them, and told them there was a neat story behind it. I pulled out Ã¢â‚¬Å“One Heartbeat AwayÃ¢â‚¬Â and told them Ã¢â‚¬Å“a good friend of our family, Mark Cahill, wrote this book and…Ã¢â‚¬Â She interrupts and says Ã¢â‚¬Å“I know Mark Cahill. He used to come to my health food store [Health Nut] in Atlanta. I sold him the Ã¢â‚¬ËœWellness Formula.Ã¢â‚¬â„¢ IÃ¢â‚¬â„¢ve seen him give people that book before.Ã¢â‚¬Â What? I went on about how you blessed us with a gift to help with our adoptions. You should have seen their faces.

She said she saw you doing nice things for peopleÃ¢â‚¬â€buying them supplements, etc., but ‘never knew you did something like that for anyone.’

Her husband seemed genuinely interested in the book. She tended to be a harder nut to crackÃ¢â‚¬â€much more set in her yoga and meditative ways (but only God knows the heart).Ã¢â‚¬Â

I am so glad that I talked with that stranger in the health food store!

When I checked in a hotel recently, I got the chance to talk with Ulises, Aldo, Alofa, Lee, etc. at the hotel where I was staying. Ulises became very interested in my books and started reading them. Within a few short days, I was listening to him talk to customers about Jesus. I am so glad that I talked with that stranger at that hotel!

Trying to eat healthy when I travel, is not always easy. One time, I returned to a town I had been to before, and remembered I had stopped at a Juice Stop when I was there the last time. I got some directions, and headed off to the spot. When I walked in, one of the guys behind the counter got a big smile and said, Ã¢â‚¬Å“Do you remember me?Ã¢â‚¬Â I said, Ã¢â‚¬Å“Yes, I do.Ã¢â‚¬Â He came over and gave me a hug and reminded me his name was Joe. Joe looked at the other guy working and said, Ã¢â‚¬Å“Do you remember when I give my testimony that I talk about that evangelist who came into the store and talked to me about Jesus Christ?Ã¢â‚¬Â Joe looked at me, pointed and said, Ã¢â‚¬Å“ThatÃ¢â‚¬â„¢s him!Ã¢â‚¬Â Well believe it or not, that was six years earlier! I stopped in for three straight days and we had a blessed time talking about what God has been doing in our lives, and how we can reach the lost. I am so glad that I talked with that stranger named Joe!

Remember folks that every friend you have today began as a stranger. If you are married, there was a time that your spouse was a total stranger. Just think: you actually married a total stranger! I bet you are very glad you talked with that stranger!! People tell their kids all the time to be careful of strangers. What we should say is to use wisdom when talking with strangers, but strangers should be careful of you, because you are about to bring them eternal truth! But more important than all of that, is to remember that it is Biblical for Christians to walk up to strangers and talk to them about eternity and Jesus Christ. You want to make sure in heaven that there are some strangers (although they will be strangers no more) that will thank you for taking the time to share with them what Jesus did for them.