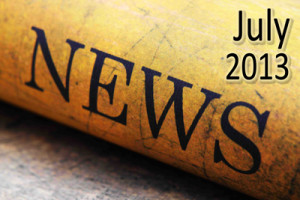 We have a venue in Atlanta called Philips Arena that is a great place to hand out gospel tracts and get into conversations with people. So last month, I decided to head out for a One Direction concert that was playing there. That is the latest boy band that young ladies can go and watch and lust after. And boy were those fans out in full force! They all had on their One Direction t-shirts and were doing brisk business with the vendors buying new ones even before they got into the concert!

It was an interesting crowd that night. Probably 98% were ladies and two percent were boyfriends, brothers, or dads who were probably dragged along to protect their ladies!

What an interesting statement! And I heard it more than once that night. But letÃ¢â‚¬â„¢s look at this a little more closely: The five boys that these concert-goers were screaming overÃ¢â‚¬â€even before they made it into the concert, when one of their songs was played over the loudspeakerÃ¢â‚¬â€are total strangers to all of those girls and their moms. When they listen to their CDs, it is strangers singing to them. When the boys speak from the stage, the girls will be listening to total strangers. Do you think mom told the girls not to listen to the boys when they talk from the stage, because they are complete strangers? I think we all know the answer to that question.

Ã¢â‚¬Å“And I have also established my covenant with them, to give them the land of Canaan, the land of their pilgrimage, wherein they were strangers.Ã¢â‚¬Â

I happen to like strangers. Every one of us has been a stranger before at one time or another, and sometimes in a very strange land. I have always appreciated those who have helped me not feel like a stranger, and I have always appreciated those who have reached out and helped others who are strangers. The Jews were in a strange land in Egypt, and the Egyptians were very kind to them during one stretch of time.

Ã¢â‚¬Å“Then she fell on her face, and bowed herself to the ground, and said unto him, Why have I found grace in thine eyes, that thou shouldest take knowledge of me, seeing I am a stranger?Ã¢â‚¬Â

IÃ¢â‚¬â„¢m so glad Boaz was so nice to a stranger!

Ã¢â‚¬Å“I am a stranger in the earth: hide not thy commandments from me.Ã¢â‚¬Â

Ã¢â‚¬Å“And this is his commandment, That we should believe on the name of his Son Jesus ChristÃ¢â‚¬Â¦Ã¢â‚¬Â

I am so glad that God didnÃ¢â‚¬â„¢t hide His commandments from me. IÃ¢â‚¬â„¢m so glad that He even used a gospel tract that people were handing out in New Orleans to help teach me truth.

Ã¢â‚¬Å“I was a stranger, and ye took me not in: naked, and ye clothed me not: sick, and in prison, and ye visited me not. Then shall they also answer him, saying, Lord, when saw we thee an hungred, or athirst, or a stranger, or naked, or sick, or in prison, and did not minister unto thee? Then shall he answer them, saying, Verily I say unto you, Inasmuch as ye did it not to one of the least of these, ye did it not to me.Ã¢â‚¬Â

So how have you been treating strangers lately? Has it been the same way Jesus has instructed us?

Ã¢â‚¬Å“These all died in faith, not having received the promises, but having seen them afar off, and were persuaded of them, and embraced them, and confessed that they were strangers and pilgrims on the earth.Ã¢â‚¬Â

ItÃ¢â‚¬â„¢s so nice to be a stranger in this place! WeÃ¢â‚¬â„¢re just passing on through, so donÃ¢â‚¬â„¢t forget that!!

Ã¢â‚¬Å“Now therefore ye are no more strangers and foreigners, but fellowcitizens with the saints, and of the household of God;Ã¢â‚¬Â

Wow, I was just a stranger a sentence ago, and now I am not a stranger, but a fellow citizen with all of the saints and all of the household of God! I love the Word of God!!

The night before that concert I ventured to at Philips, there was a New Kids On The Block concert, and of course we never want to miss one of those! This was the boy band from the mid 80s that here we are twenty five to thirty years later, and they are performing again.

It was an interesting crowd that night. What did I see? Probably 98% ladies, and two percent of boyfriends or sons dragged along to protect their ladies and moms!!

What a contrast. What I really saw was the teen girls from the One Direction concert and how they will look in thirty yearsÃ¢â‚¬â„¢ time! These ladies were living in the past. Some of them had NKOTB painted on their cheeks just like they did when they were in middle school. The band was still taking their money and their time, and they just didnÃ¢â‚¬â„¢t care.

Ã¢â‚¬Å“Our inheritance is turned to strangers, our houses to aliens.Ã¢â‚¬Â

Ã¢â‚¬Å“And a stranger will they not follow, but will flee from him: for they know not the voice of strangers.Ã¢â‚¬Â

It was sad that I met Christians going into concerts both nights. I informed them that there was nothing inside of there that was going to glorify the God they believe in. I could have used some help handing out tracts that evening. None of the believers offered to help. I guess the idol worship was too much of a draw.

Ã¢â‚¬Å“Dearly beloved, I beseech you as strangers and pilgrims, abstain from lusts, which war against the soul;Ã¢â‚¬Â

I got an email from a WWII vet the other day. He was a machine gunner in the Battle of the Bulge! He wrote:

Ã¢â‚¬ËœVisited the VA and found your book on an empty table AS IF IT WAS MEANT TO BE FOR ME!!

I am a vibrant 87 years young ex WWII combat decorated vet and have been looking for such an outlet.

Unknowingly, I took it and began to read. Now on the second reading, and have decided to give my life to Jesus as I have thought about it all of my life. I was born and baptized a Catholic, so has my entire family going back centuries.Ã¢â‚¬â„¢

Wow, I am so, so glad some stranger left that book for that man!!

I got a phone call this week from Lucia. She had a wonderful German accent, but she was raised in Argentina and has since moved to San Diego. What was a German doing in Argentina? Her parents were Nazis! Her grandparents were Nazis! Her uncle wrote the book, I Paid Hitler. After WWII, many of the Nazis left Germany and settled in Argentina. Joseph Mengele was one of those people. Lucia said to me, Ã¢â‚¬Å“When I was a kid, I learned about Hitler, but I didnÃ¢â‚¬â„¢t learn about God!Ã¢â‚¬Â She is now reading One Heartbeat Away that someone gave her in San Diego, and she likes what she is reading! Praise the Lord!!

Look around you. There are strangers everywhere. If you donÃ¢â‚¬â„¢t have time to make friends with them, hand them a piece of literature or get into a conversation with them. They are listening to strangers in the form of bands, book writers, and internet websites. It is time they learn about the LordÃ¢â‚¬â€even if that information comes from a stranger! Be a friend to a stranger today!