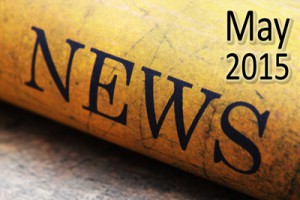 I guess we have all heard some of those funny redneck jokes before. They were popularized by the comedian Jeff Foxworthy. Remember some of these?

You own a home that is mobile and five cars that aren’t.

You think the stock market has a fence around it.

You own more than three shirts with the sleeves cut off.

You’ve ever spray painted your girlfriend’s name on an overpass.

Your boat has not left the driveway in 15 years.

You keep a can of Raid on the kitchen table.

You have spent more on your pickup truck than on your education.

You own a home with wheels on it and several cars without.

Your neighbors think you’re a detective because a cop always brings you home.

You think the last words to The Star-Spangled Banner are “Gentlemen, start your engines.”

Some of those are pretty funny! What I didn’t know is that someone else decided to use the “redneck” term recently! There has been a lot of discussion going on about the Religious Freedom Restoration Act that was passed into law by legislators in Indiana last month. Charles Barkley said this about it:

I moved to the South in the 70s. I love it down here! Really, really do. Just met some “northerners” at a hotel over in that dreaded southern state of Alabama! You know what they said? They said, “The people down here are just so warm and friendly. Don’t get us wrong. We like our friends in Chicago, but everyone is just so nice here.”

The South is called the Bible Belt for a reason. Many, many people here grow up in church. They have good, solid Biblical morals and values that were taught to them when they were young. There is a right way and a wrong way to treat people. It is instilled in them by their parents and through church. Now many of them will walk away from those Biblical truths, but the foundation is there.

I had a guy tell me in the Atlanta airport that he loves coming to the South because “people will actually talk with you here!” He said that in his crazy NYC life, everyone moves at such a fast pace that people don’t sit down and get to know one another.

So let’s start off by saying the South is not behind in everything. Maybe, they might just be way ahead of the progressives, and those people just can’t see it!

But let’s also be honest here and say that everyone hides behind something. What is wrong with Southern people hiding behind their Bibles?

Sanctify them through thy truth: thy word is truth.

Jesus knew the Bible is truth, so why can’t Mr. Barkley figure that out?

You see, even if God decided to have a bad day and actually came up with a thought that was not on par with all of His other thoughts, it would still be light years ahead of any thought Charles could come up with! His wisdom is so unlike what men think they can come up with. So what will it be: Will you live your life by God’s thoughts or your own?

Well, Charles was not done yet! Then he said:

“We got all these straight people, we got some of these religious nut jobs, I might add, we got all straight people discussing gay problems, issues. That’s why the system is wrong. That’s like a bunch of white guys sitting around trying to make laws for black people.”

So, it is okay for Charles to label Christians “religious nut jobs,” and he can just sit there on TV and pontificate about his opinions? Why haven’t there been any consequences for his actions given by his employers? You see, we live in a day when it is easy to single out Christians and discriminate against them. It is only going to get much worse in the days to come.

As many of you know, Charles and I played on the same college team and were friends for many years. When I decided to get serious about the things of God, it put a wrench in our relationship. That is okay. Nothing wrong with that. I would rather be God’s friend than Charles’ friend any day of the week.

So what Charles Barkley is saying, is that if you stand on Biblical principles for how you lead your life, you are a redneck. Well, that is interesting to think about. I remember one summer afternoon sitting on the porch of his grandmother’s house in Leeds, AL. It was myself, Granny, and Charles’ mom. We talked for three and half hours about the Bible, Jesus, intercessory prayer, and a host of other Biblical topics. I didn’t know it at the time, but I guess Granny was a redneck! Of course, she is a redneck in Heaven, as she went there a few years ago. I guess Charles’ momma is a redneck, as well, because she is also one of those people who trusts in the Bible.

Charles’ brother Darryl has passed away. He became a redneck before he died and got saved. Matter of fact, he was such a redneck, that he told many, many people how to get saved and how to put their trust in the Bible. My kind of redneck!

God can handle His Name being mocked. He will always have the last word. We just need to stand up for His truths, and let the chips fall where they may. And always remember, He owns all of the chips!

The fool hath said in his heart, There is no God. Corrupt are they, and have done abominable iniquity: there is none that doeth good.

The fear of the Lord is the beginning of knowledge: but fools despise wisdom and instruction.

How long, ye simple ones, will ye love simplicity? and the scorners delight in their scorning, and fools hate knowledge?

For I think that God hath set forth us the apostles last, as it were appointed to death: for we are made a spectacle unto the world, and to angels, and to men. We are fools for Christ’s sake, but ye are wise in Christ; we are weak, but ye are strong; ye are honourable, but we are despised.

You see, we all have a choice to make. We can be fools because we will not believe in God nor follow His teachings, or we can be fools for Christ because we know He is the right answer. The world is going to, and will continue to, look down on “fools” for Christ. They will think of us as less than them. That is okay. Always remember that God will always have the last word!

You know you might be a redneck if you trust the Bible! I, of course, would rather be a redneck than the wrong kind of fool any day of the week!

So, it is high time for all of you hicks, hayseeds, yokels, bumpkins, rubes, backward folks, clodhoppers, troglodytes, neanderthals, and of course, all of you rednecks to stand strong! Be bold, Rednecks! No time to be ashamed. No time worry what people think about you. A good hick can’t worry about those things!

On the streets, you hear much worse things than “redneck”! Every now and then, you hear something that is unprintable. So be it. It just goes with the territory.

I proudly hide behind the Bible. Charles thought he was mocking us, but he was paying us a grand compliment. Remember, when you get a complaint from someone about your faith, it is really a compliment! They see the stand you are making for Jesus Christ. The real issue is that they hate Jesus and what He stood for. Never forget that.

Please pray for Charles to become a redneck before it is too late. He is, always has been, and always will be, one of my favorite people on planet Earth. I have always liked him ever since I have known him.

You know you might be a redneck if you stand upon God’s Word and won’t budge!! Rednecks unite! Rednecks stand strong! Rednecks will reap wonderful eternal rewards if they will stay true to God’s Word. I look forward to seeing so many rednecks in Heaven one day. I guess their eternal robe of righteousness will look like overalls or something! Thanks for being a redneck that God can trust with His Word!

P.S. I was going to see if someone could take one of our books to the ten highest peaks in the world, and then take pictures and send them to the ministry. No need to buy your plane tickets now. Reunion has climbed a little higher than I anticipated!! Space shuttle anyone?? 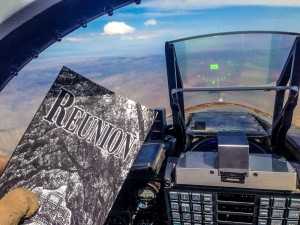 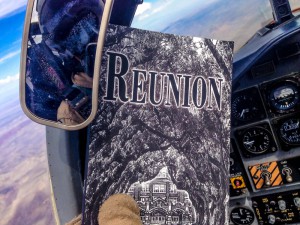 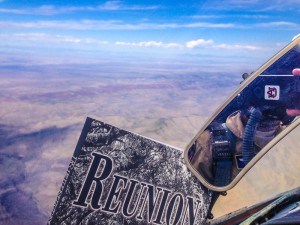