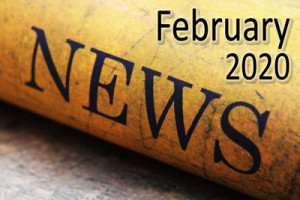 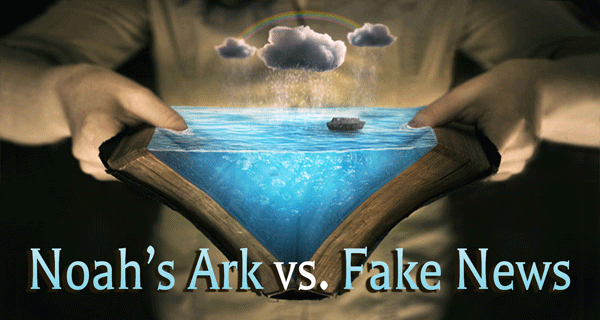 Ã‚Â Ã‚Â Ã‚Â Ã‚Â  I have to let you know that 2020 is really going to be one fascinating year. And an easy way to figure that out is to see how last year ended.

Letter to the Editor 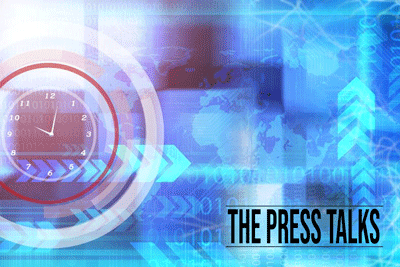 Now, I know you donÃ¢â‚¬â„¢t waste your time watching Ã¢â‚¬Å“Meet the Press,Ã¢â‚¬Â because that show comes on during church hours on Sunday mornings, but I saw a clip of the show from the very last broadcast of 2019. Chuck Todd, the moderator, decided to read a letter that was written to the Lexington Herald-Leader. Here is what he reported to his viewers:

Ã¢â‚¬Å“[W]hy do good people support Trump? ItÃ¢â‚¬â„¢s because people have been trained from childhood to believe in fairy tales. Ã¢â‚¬Â¦ This set their minds up to accept things that make them feel good. Ã¢â‚¬Â¦ The more fairy tales and lies he tells the better they feel. Ã¢â‚¬Â¦ Show me a person who believes in NoahÃ¢â‚¬â„¢s ark, and I will show you a Trump voter.Ã¢â‚¬Â 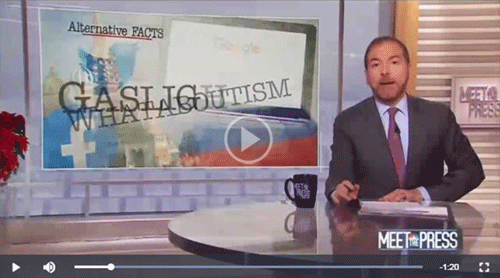 This is really interesting to think about. According to recent surveys, there are over 1,000 daily newspapers in America. More than likely, all of them have letters written to the editors. But out of all of those newspapers and out of all of the letters sent in to those newspapers, this is the one that Chuck Todd chose to use to make a point? Seriously? You see, there had to be a reason for him choosing it. And, of course, that reason is very easy to figure out. 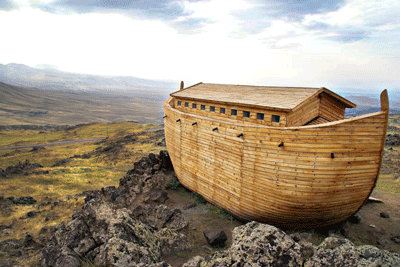 We do live in a post-truth society, as Chuck mentions. Many think that anyone who believes in God cannot handle the thought that there isnÃ¢â‚¬â„¢t a God. They say absolute truth doesnÃ¢â‚¬â„¢t exist, yet itÃ¢â‚¬â„¢s an absolute Ã¢â‚¬Å“truthÃ¢â‚¬Â to them that God doesnÃ¢â‚¬â„¢t exist. So we are the fairy-tale people. Supposed myths and mythologies are the only things we believe in. But then, he really goes for the jugular. He goes for the religious people. He goes for the Jews and Christians. He goes right for the book of Genesis. If you believe in Noah or his ark, then you are a Trump voter. What he is really saying is that if you believe that NoahÃ¢â‚¬â„¢s ark is historical fact, then you are a simpleton. You are not an enlightened thinker. You have not reached Ivy League status. You are just grasping at the straws of biblical fairy tales, and you will be sadly disappointed when you take your last breath.

One thing to notice here is the sheer mockery he is making of religious people. The scoffing taking place is really fascinating: Ã¢â‚¬Å“You arenÃ¢â‚¬â„¢t smart enough to figure out that we evolved from goo to the zoo to you, so I will mock you. I will show you my superiority over your fairy-tale beliefs. You can spend all of your time in the ChildrenÃ¢â‚¬â„¢s section at Barnes and Noble, and I will spend mine in the Preening Philosophers section.Ã¢â‚¬ÂÃ‚Â

This second epistle, beloved, I now write unto you; in both which I stir up your pure minds by way of remembrance:

That ye may be mindful of the words which were spoken before by the holy prophets, and of the commandment of us the apostles of the Lord and Saviour:

Knowing this first, that there shall come in the last days scoffers, walking after their own lusts,

And saying, Where is the promise of his coming? for since the fathers fell asleep, all things continue as they were from the beginning of the creation.

For this they willingly are ignorant of, that by the word of God the heavens were of old, and the earth standing out of the water and in the water:

Whereby the world that then was, being overflowed with water, perished:

But the heavens and the earth, which are now, by the same word are kept in store, reserved unto fire against the day of judgment and perdition of ungodly men.

And when they had platted a crown of thorns, they put it upon his head, and a reed in his right hand: and they bowed the knee before him, and mocked him, saying, Hail, King of the Jews!

And they spit upon him, and took the reed, and smote him on the head.

And after that they had mocked him, they took the robe off from him, and put his own raiment on him, and led him away to crucify him.

But now, we have another problem:

But as the days of Noah were, so shall also the coming of the Son of man be.

They did eat, they drank, they married wives, they were given in marriage, until the day that Noah entered into the ark, and the flood came, and destroyed them all.

By faith Noah, being warned of God of things not seen as yet, moved with fear, prepared an ark to the saving of his house; by the which he condemned the world, and became heir of the righteousness which is by faith.

Which sometime were disobedient, when once the longsuffering of God waited in the days of Noah, while the ark was a preparing, wherein few, that is, eight souls were saved by water.

As you can see, the problem has become even bigger. Now we have Matthew, Luke, and the author of Hebrews (which most people think is Paul) who also believe in Noah and his big, big boat! Not only were people mocking the ark, but they were mocking their only escape from judgment.

The Source of Truth 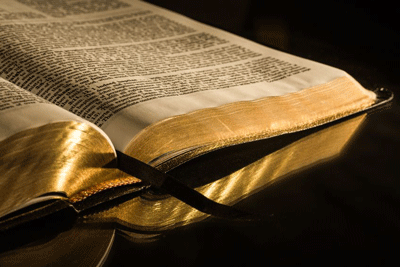 But now for the coup de grÃƒÂ¢ce. The really big one. The one Chuck may or may not know about.

Verily I say unto you, This generation shall not pass, till all these things be fulfilled.

Heaven and earth shall pass away, but my words shall not pass away.

But of that day and hour knoweth no man, no, not the angels of heaven, but my Father only.

But as the days of Noah were, so shall also the coming of the Son of man be.

For as in the days that were before the flood they were eating and drinking, marrying and giving in marriage, until the day that Noe entered into the ark,

And knew not until the flood came, and took them all away; so shall also the coming of the Son of man be.

Then shall two be in the field; the one shall be taken, and the other left.

Two women shall be grinding at the mill; the one shall be taken, and the other left.

Watch therefore: for ye know not what hour your Lord doth come. 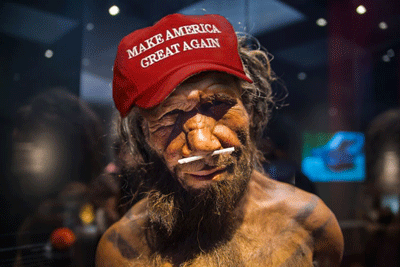 So what Mr. Todd is really doing is mocking Jesus Christ. Now, that really doesnÃ¢â‚¬â„¢t surprise me. People do it all the time. But what they are trying to do is make people who believe in the Bible look like uneducated rubes who are basically Neanderthals that need their betters to tell them right from wrong and who to vote for. This is another reason to shut your TVÃ¢â‚¬â„¢s off. Stay in the Word of God, talk with Christian friends, and run things by your pastor. That would be a good game plan for making good decisions in the future.

Of course, there is something good that came out of Mr. ToddÃ¢â‚¬â„¢s statement and program. I have had people tell me that Jesus would never vote for Donald Trump, but interestingly, Mr. Todd was able to prove that Jesus did vote for Mr. Trump because Jesus believes in NoahÃ¢â‚¬â„¢s Ark!! Ã‚Â Maybe he does deserve a Pulitzer Prize after all!

Chuck also said to one of his guests, Ã¢â‚¬Å“Look, this gets at something, Dean, that my executive producer likes to say: Ã¢â‚¬ËœVoters want to be lied to sometimes. They donÃ¢â‚¬â„¢t always love being told hard truths.Ã¢â‚¬â„¢Ã¢â‚¬Â He thinks religious people canÃ¢â‚¬â„¢t handle the truth, but maybe that shoe is on his foot instead.

Pray for Chuck Todd. He needs to be told some hard truths. Hopefully, he will have a Saul-turned-Paul type of conversion someday soon. Pray that until then, he has no influence on anyone. If he canÃ¢â‚¬â„¢t look at this glorious creation and figure out there is a Glorious Creator, he is not someone that anyone can learn from. He is just a man with an agenda, and nothing else. 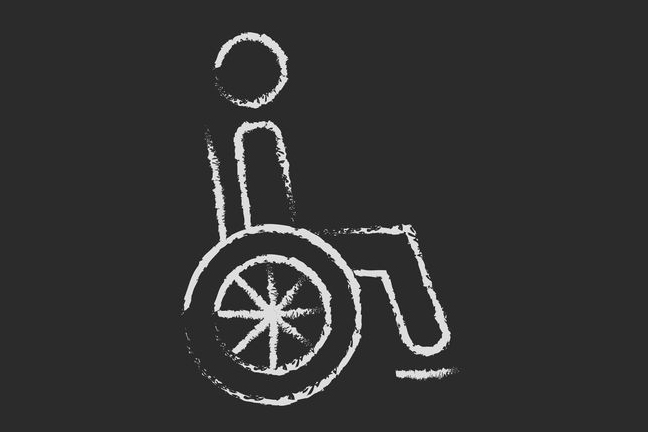 A friend told me, one time, that he was witnessing to a Jewish man. The man mocked him by saying his belief in God and Jesus was a crutch to get through life. My friend corrected him by saying, Ã¢â‚¬Å“No, it is a wheelchair!Ã¢â‚¬Â My friend knows that his faith in Jesus was much more than a crutch. He cannot even take a breath today without the Savior saying so. Being in a wheelchair with the Great Physician pushing it makes much more sense for how to get through life.

Remember that there is plenty more mocking to come. If they have mocked the King for the last 2,000 years, then you and I are not off-limits either.

Your choice: You can go with the Chuck Todds of the world, or you can go with Matthew, Luke, Paul, Peter, and the King of Kings. Stick your nose in the Bible. As you read through it from front to back this year, know what it says. Follow what it says. Do not follow the people or the ways of the world. Only one Person is the true Ark of safety. You will be meeting Jesus soon. Get ready for that meeting, and get others ready for that meeting as well.