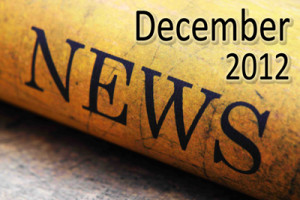 Ã¢â‚¬Å“When Jesus therefore perceived that they would come and take him by force, to make him a king, he departed again into a mountain himself alone. And when even was now come, his disciples went down unto the sea, And entered into a ship, and went over the sea toward Capernaum. And it was now dark, and Jesus was not come to them. And the sea arose by reason of a great wind that blew. So when they had rowed about five and twenty or thirty furlongs, they see Jesus walking on the sea, and drawing nigh unto the ship: and they were afraid.Ã¢â‚¬Â

I just love the disciples! But, donÃ¢â‚¬â„¢t get me wrong: I am glad I was not one of them, and I am very serious when I write that. Why, you ask? I think I would have been a doubter. I donÃ¢â‚¬â„¢t think I would have trusted Him like I should have. So when I read the Scriptures, it is easy for me not to get frustrated with Peter when he denies Jesus three times, or even here when doubts arise. I know myself pretty well, and I think I would fall into that same camp.

But the chapter doesnÃ¢â‚¬â„¢t begin with doubting.

Ã¢â‚¬Å“And a great multitude followed him, because they saw his miracles which he did on them that were diseased.Ã¢â‚¬Â

People were following Him, because they had seen the miracles. He was doing things that theyÃ¢â‚¬â„¢d never seen anyone else do. They began to wonder: Who is this miracle worker? Is He the Messiah? Is His power from God or Satan? They were so intrigued; many began to follow Him.

Ã¢â‚¬Å“When Jesus then lifted up his eyes, and saw a great company come unto him, he saith unto Philip, Whence shall we buy bread, that these may eat? And this he said to prove him: for he himself knew what he would do. Philip answered him, Two hundred pennyworth of bread is not sufficient for them, that every one of them may take a little. One of his disciples, Andrew, Simon PeterÃ¢â‚¬â„¢s brother, saith unto him, There is a lad here, which hath five barley loaves, and two small fishes: but what are they among so many? And Jesus said, Make the men sit down. Now there was much grass in the place. So the men sat down, in number about five thousand. And Jesus took the loaves; and when he had given thanks, he distributed to the disciples, and the disciples to them that were set down; and likewise of the fishes as much as they would. When they were filled, he said unto his disciples, Gather up the fragments that remain, that nothing be lost. Therefore they gathered them together, and filled twelve baskets with the fragments of the five barley loaves, which remained over and above unto them that had eaten. Then those men, when they had seen the miracle that Jesus did, said, This is of a truth that prophet that should come into the world.Ã¢â‚¬Â

See now it gets even more interesting. The disciples just witnessed a major miracle. How did Jesus feed all those people? This could only be by the hand of God. But wait a minute. They just saw this amazing miracle and then a short time later, they are in a boat, and they are afraid. The winds and the waves are roaring. They are stuck in a mini-hurricane so to speak, and they donÃ¢â‚¬â„¢t like it. They are scared they might be going down with the ship. A student of mine got caught on a small boat in 30 foot waves one time in the Gulf of Mexico. He wasnÃ¢â‚¬â„¢t a believer, and he told me how terribly scared that he was.

But these disciples were seasoned veterans. They had been hanging out with Jesus. They knew who He was. They had seen His miracles of healing peopleÃ¢â‚¬â„¢s diseases and feeding the masses. If anyone was going to trust Jesus, it would be these men. Yet, they were afraid.

But letÃ¢â‚¬â„¢s think for a second: We often think we are better than the disciples in these stories, and we wouldnÃ¢â‚¬â„¢t be scared if a situation like that happened in our lives. But is that really true?

If a gunman broke into your house and pointed a gun at you and your kids, would you be afraid?

What if you woke up one day, and our government declared a bank holiday where no banks would be open, and you couldnÃ¢â‚¬â„¢t take out any funds? That happens around the world and has happened in America before.

What if one day, it is announced on TV that the US dollar is now worthless. You canÃ¢â‚¬â„¢t buy anything with it. Would you be anxious or scared then?

What if you looked up one night, and the stars literally began to fall out of the sky?

What if you looked up and saw a planet move out of alignment and begin hurdling towards earth?

What if you saw an alien ship appear in the skies and hover above your city or town? Remember if or when that does happen, it will be one of two things: It will either be a hologram, or it will be demonic. Either way, Jesus has more power than either one of those!

Ã¢â‚¬Å“And there shall be signs in the sun, and in the moon, and in the stars; and upon the earth distress of nations, with perplexity; the sea and the waves roaring; MenÃ¢â‚¬â„¢s hearts failing them for fear, and for looking after those things which are coming on the earth: for the powers of heaven shall be shaken.Ã¢â‚¬Â

One of these days, something is going to happen that will literally make menÃ¢â‚¬â„¢s hearts fail when they see it. 9/11 was difficult to watch and very traumatic for those who were there, but people didnÃ¢â‚¬â„¢t have a heart attack when they watched those buildings come down. Something is going to happen in the coming days that will be so shocking that people will literally fall over dead when they see it.

Would you be scared if your doctor said you had cancer and only had two months to live?

Would you be afraid if the President of the United States declared martial law, and you saw tanks and troops on the streets of your cities?

Remember that Jesus had a very simple answer for the disciples and also for us today:

Ã¢â‚¬Å“But he saith unto them, It is I; be not afraid. Then they willingly received him into the ship: and immediately the ship was at the land whither they went.Ã¢â‚¬Â

I love that: Ã¢â‚¬Å“It is I; be not afraid!Ã¢â‚¬Â Jesus means what He says. He doesnÃ¢â‚¬â„¢t take days off. My eyes might not like what I see, but we walk by faith and not by sight! He will never leave us nor forsake us!

Remember, too, when those days arrive, that lost people will be looking at us. They will want to see how Ã¢â‚¬Ëœthose ChristiansÃ¢â‚¬â„¢ handle the tough times. The coming days are the days that we can make our Savior look great in the eyes of the lost!

No matter what you see with your eyes at the end of 2012, into 2013, and beyond, always remember Who you trust, so be not afraid!!