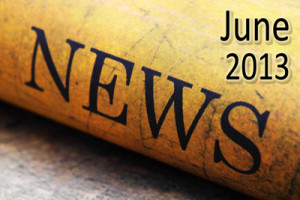 Ã¢â‚¬Å“The Lord has redeemed all of us, all of us, with the Blood of Christ: all of us, not just Catholics. Everyone! Ã¢â‚¬ËœFather, the atheists?Ã¢â‚¬â„¢ Even the atheists. Everyone! And this Blood makes us children of God of the first class! We are created children in the likeness of God and the Blood of Christ has redeemed us all! And we all have a duty to do good. And this commandment for everyone to do good, I think, is a beautiful path towards peace. If we, each doing our own part, if we do good to others, if we meet there, doing good, and we go slowly, gently, little by little, we will make that culture of encounter: we need that so much. We must meet one another doing good. Ã¢â‚¬ËœBut I donÃ¢â‚¬â„¢t believe, Father, I am an atheist!Ã¢â‚¬â„¢ But do good: we will meet one another there.Ã¢â‚¬ÂÃ‚Â  http://www.theblaze.com/stories/2013/05/23/pope-francis-sermon-sparks-debate-even-the-atheists-have-been-redeemed-with-the-blood-of-christ/

Did you see anything wrong in that homily the Pope gave? Actually, maybe I should ask the question, Ã¢â‚¬ËœDid you read anything right in what he had to say?Ã¢â‚¬â„¢

Ã¢â‚¬Å“But as many as received him, to them gave he power to become the sons of God, even to them that believe on his name:Ã¢â‚¬Â

My Bible tells me the only people that are sons of God are those who receive Jesus. That means that everyone on planet earth is not automatically a son of God or a child of God just by being alive.

Ã¢â‚¬Å“Who gave himself for us, that he might redeem us from all iniquity, and purify unto himself a peculiar people, zealous of good works.Ã¢â‚¬Â

Ã¢â‚¬Å“And they sung a new song, saying, Thou art worthy to take the book, and to open the seals thereof: for thou wast slain, and hast redeemed us to God by thy blood out of every kindred, and tongue, and people, and nation;Ã¢â‚¬Â

Ã¢â‚¬ËœRedeemÃ¢â‚¬â„¢ means to be bought. To have the ransom paid for. We have a sin debt that needs to be paid. That is what the blood of Jesus has done for each one of us! Praise the Lord!!

Ã¢â‚¬Å“But there were false prophets also among the people, even as there shall be false teachers among you, who privily shall bring in damnable heresies, even denying the Lord that bought them, and bring upon themselves swift destruction.Ã¢â‚¬Â

Yes, the false teachers, the Muslim, the atheist, etc. have been bought by the Lord. But does that mean they all go to heaven? Of course not. Each person on planet earth has the responsibility and ability to repent and believe upon what Jesus has done for them. It is their choice.

But now, IÃ¢â‚¬â„¢m reading that the current pope Francis says all men are already saved. And their dutiful choice is to choose to do Ã¢â‚¬Å“good.Ã¢â‚¬Â

Good works? So what if atheists are good? Should they get a gold star or something? What does that have to do in any way about salvation? What does that have to do with eternity? Our job is not to make earth a better looking or more peaceful place before people die and go to hell. That is not even possible. Men are not born basically good, no matter how much we wish that were true.

Ã¢â‚¬Å“And Jesus said unto him, Why callest thou me good? there is none good but one, that is, God.Ã¢â‚¬Â

Sadly, even Christians think following Jesus means being Ã¢â‚¬Å“goodÃ¢â‚¬Â by being mission-minded and doing social justice. Ã¢â‚¬ËœLetÃ¢â‚¬â„¢s go build someone a well, so they can have clean drinking water.Ã¢â‚¬â„¢ That is nice, but why wouldnÃ¢â‚¬â„¢t you want to give them living water? Can good works get you or anyone else into heaven? Of course not. Only the perfect blood sacrifice of the Lord Jesus Christ and nothing else will suffice on that day.

When the cardinals were in Rome seeking a new leader for their church, Rick Warren decided to send out a tweet:

The Catholic Church believes according to the Council of Trent that if anyone believes in the justification of all of their sins by the blood of Jesus Christ alone, let that person be anathema. So the Roman Catholic Church believes I am anathema. And yet Rick is praying for these false teachers to seek GodÃ¢â‚¬â„¢s guidance in selecting one of them as their head false teacher? This is utter foolishness.

Not to be outdone in overturning Biblical truth, here come the Episcopalians!

Ã¢â‚¬Å“Katharine Jefferts Schori, head of the ultra-liberal Episcopal Church in America, says that Paul was wrong in casting the demon out of the girl in Ephesus and that she was probably more godly than he was. Speaking on the island nation of Curacao, Jefferts Schori said: Ã¢â‚¬Å“Paul is annoyed, perhaps for being put in his place, and he responds by depriving her of her gift of spiritual awareness. Paul canÃ¢â‚¬â„¢t abide something he wonÃ¢â‚¬â„¢t see as beautiful or holy, so he tries to destroy it. It gets him thrown in prison. ThatÃ¢â‚¬â„¢s pretty much where heÃ¢â‚¬â„¢s put himself by his own refusal to recognise that she, too, shares in GodÃ¢â‚¬â„¢s nature, just as much as he doesÃ¢â‚¬â€maybe more so!Ã¢â‚¬Â (Ã¢â‚¬Å“Episcopal Leader Claims St. Paul Was Wrong,Ã¢â‚¬Â Christian Post , May 23, 2013). If apostasy is a sign of the times (and it is!), the hour is very late indeed!Ã¢â‚¬Â http://www.wayoflife.org/pdf/20130531.pdf

I used to speak for this one conference. I challenged the guy who runs it about how unbiblical one of his heroes was. I think he must have idolized this man. He asked me how I could question one of the foremost scholars of our time.

Well actually, kind of easily! I go by what the Bible says:

Ã¢â‚¬Å“These were more noble than those in Thessalonica, in that they received the word with all readiness of mind, and searched the scriptures daily, whether those things were so.Ã¢â‚¬Â

If the Bereans were testing Paul in his day, then we should be testing everyone in our day as well.

Ã¢â‚¬Å“Now I beseech you, brethren, mark them which cause divisions and offences contrary to the doctrine which ye have learned; and avoid them. For they that are such serve not our Lord Jesus Christ, but their own belly; and by good words and fair speeches deceive the hearts of the simple.Ã¢â‚¬Â

Paul is telling the RomansÃ¢â‚¬â€and usÃ¢â‚¬â€to get away from these false teachers and false systems immediately. They and their teachings are surely detrimental to your soul and countless millions of others, as well. Truth is the only place of safety, and it will protect your soul now and forever.

TETE is a good motto to live by. Test Everything and Test Everybody. Simple. Test everything you read or hear by the Word of God, and test every single person by the Bible as well. That is how you journey your way through life without falling into unbiblical potholes. TETE will save you a lot of heartache. TETE would save Mr. Warren from sending out foolish tweets. TETE will move you to witness to as many Roman Catholics and Episcopalians as you can. TETE will help you not to worry about speaking at conferences, but rather make sure that leaders of conferences are on the straight and narrow biblically.

Have a great summer reaching the lost and TETE all the days of your life!