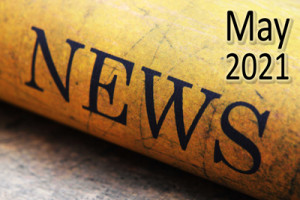 “You Are Very Comfortable Around Blacks” 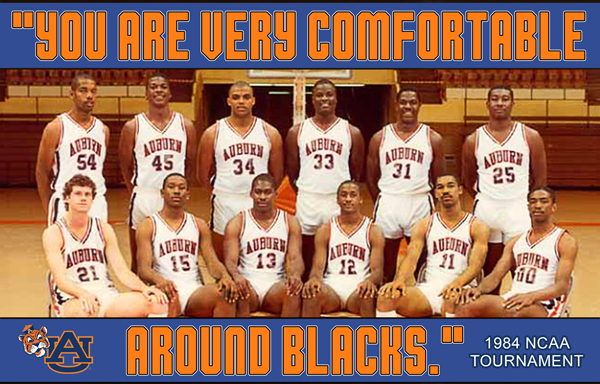 Life is very interesting to live. There are ups and downs, there are highs and lows, and there are certain things in life that will just bring you joyÃ¢â‚¬â€¢lots of joy. I received this email the other day, and it was like joy personified in my inbox!

I didn’t need a response to an unsubscribe notice, but since we are here, please allow me to rebutt. I am saved. My savior is Jesus Christ, not Donald Trump. I will say, the good thing about the Trump regime is that it separated nationalist, white supremacist ministries (yours) from those who follow Jesus (Lucado). It shocked me when I realized which category your ministry falls into. It has become clear that your ministry has devolved from a Jesus-based focus into a thinly veiled, political organization. I do not love this world, but it is clear that you do. You have become a culture warrior, not a pastor. To attempt to conflate a fleshly, immoral philanderer like Trump with the kingdom of God takes a great deal of moral gymnastics, and you have become an Olympian worthy of a gold medal.

In the end, we will all know the truth and know that your love of white culture and white supremacy will not gain you favor when you stand in front of God. God is not a respecter of men.

Keyboard warriors are some of my favorite people alive! They just tap, tap, tap away on their keyboards and send screeds all over the place. I have no clue who this man is. When you think about it, what a sad life it must be to sit around and fire off emails like this to people you donÃ¢â‚¬â„¢t even know. 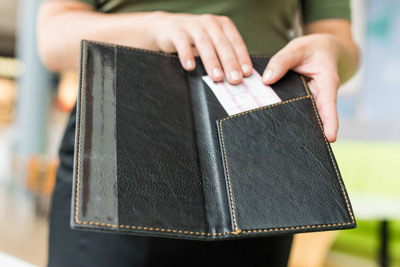 A few Sundays ago, I stopped at a restaurant after church to eat. I always try to buy someoneÃ¢â‚¬â„¢s meal when I am out and about. It is a fun thing to do. Typically, I get into some really good conversations.

Well, I picked out one table with about ten people sitting at it! I try to stay far, far away from blessing those kinds of tables, but, this time, I really felt led to bless them.

When I walked over and started chatting with them, and told them that Jesus said it is more blessed to give than receive, a really neat conversation began. They were celebrating a young six-year-old girlÃ¢â‚¬â„¢s birthday that day! Some of them had gone to church that morning. We just had a really nice time talking with one another.

One lady at the table said to me, Ã¢â‚¬Å“Where are you from?Ã¢â‚¬Â I told her I grew up in Stone Mountain and went to high school here. IÃ‚Â added that I went to college at Auburn and played basketball there.Ã‚Â  She said, Ã¢â‚¬Å“We knew that.Ã¢â‚¬Â ThatÃ¢â‚¬â„¢s when she might have noticed the confused look on my face. How did she know that? Was it my height? Was it how I walked? (You can sometimes pick out athletes by their stride or their gait.) Or was it how my mom thinks I am extremely handsome? I wasnÃ¢â‚¬â„¢t sure, so I asked, Ã¢â‚¬Å“How did you know that?Ã¢â‚¬Â She responded, Ã¢â‚¬Å“You are very comfortable around blacks.Ã¢â‚¬Â 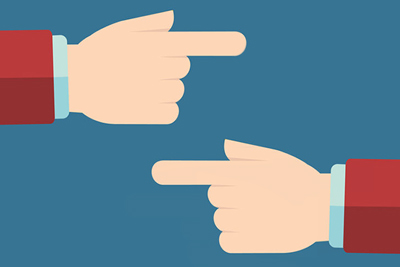 So how did Don come to the conclusion that I was racist when not a single person who has ever known me has made a statement to that effect? Now, I am trying to figure out if I am a racist or not! Just kidding. I already know the answer. And, by the way, if you know that answer about yourself, then it will not matter what anyone says to you about this topic either.

We are living in one of the most interesting times in history. Let me give you a little insight: Satan wants a race war right now. The question is: Are we going to give it to him?

Recently, the police officer shooting of 16-year-old MaÃ¢â‚¬â„¢Khia Bryant has been big news. Seems like everyone wants to voice their opinion about the incident, so much so, that even LeBron James posted a tweet with a picture of the officer who fired his weapon and said, Ã¢â‚¬Å“YOUÃ¢â‚¬â„¢RE NEXTÃ¢â‚¬Â above the officerÃ¢â‚¬â„¢s picture. 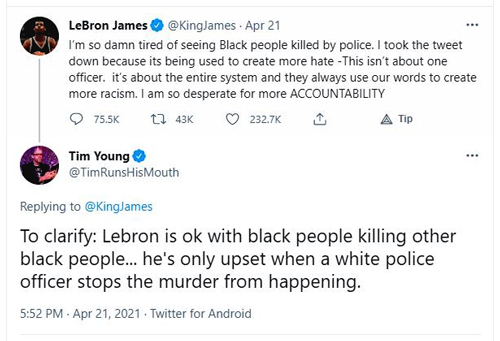 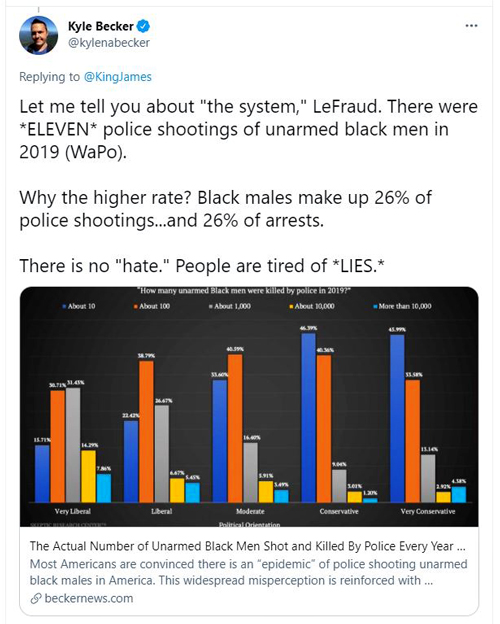 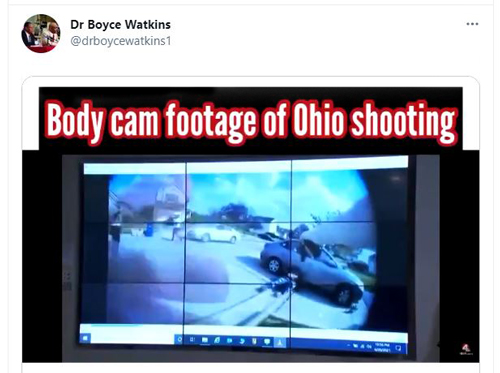 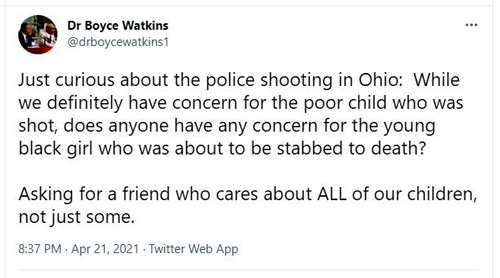 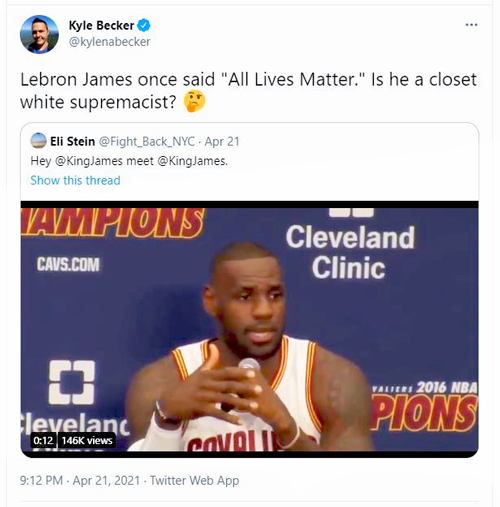 How do you think the lady in pink feels right now? Do you think she is glad she has another day to be alive? Do you think she is glad the police officer cared about her life? What if you were the mom of the lady in pink? Would you be glad the police officer cared about the life of your daughter? Why hasnÃ¢â‚¬â„¢t the focus been on her instead of on the teen with the knife? Also, why hasnÃ¢â‚¬â„¢t the focus also been on the other adults who seemed to be standing around and not doing anything to intervene in the situation? But, if you look closely at the video, you will see that some of them were involved in the fighting as well. 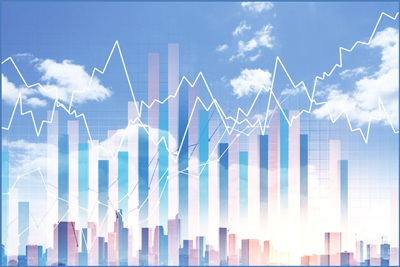 If you want to read an interesting article about unarmed black men who have been shot and killed by police, here you go: 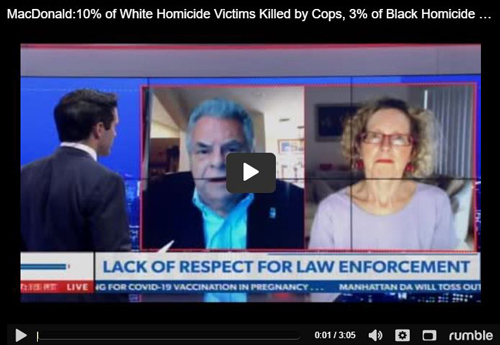 Ã¢â‚¬Å“We have a crime problem in this country. We do not have a police problem. We have been talking about phantom police racism for the last three decades, obsessively, so as to continue turning our eyes away from the cultural breakdown that you so rightly spoke about, Rob. America does not want to confront the dysfunction of the inner-city black community. Here are some numbers. A much greater percentage of white and Hispanic homicide victims are killed by a cop than black homicide victims. Ten percent of all whites and Hispanics who die from homicide are killed by a cop compared to 3 percent of black homicide victims who are killed by a cop. Why? Because the number of black homicide victims each year is so huge that it dwarfs anything else. Blacks die of homicide at a rate 13 TIMES that of whites. The rate of police shootings for unarmed blacksÃ¢â‚¬â€there were 18 unarmed blacks killed last year were killed by police. Unarmed was defined very liberally to mean Ã¢â‚¬Å“going after an officerÃ¢â‚¬â„¢s gun or fleeing in a stolen car with a loaded handgun on the seat next to you.Ã¢â‚¬Â Those 18 unarmed blacks represent 0.2 percent of all blacks who died of homicide last year.” 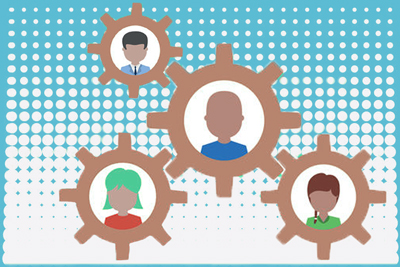 But when you get down to it, what we really have in our country is a parenting problem. 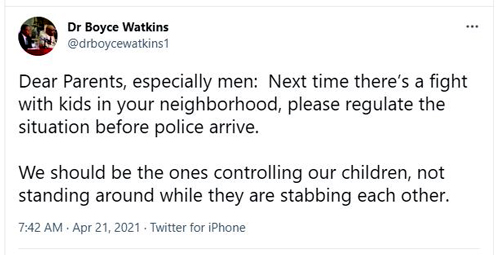 If someone does not care about the shooting deaths of blacks in Chicago, Detroit, Baltimore, and Atlanta, then please, spare me the outrage when a police officer stops a black person from killing another black person. 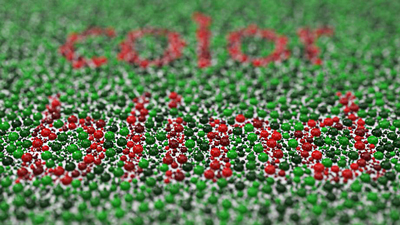 But do you see the trick? They want us to only see this situation through the lens of race and of nothing else. Not see if a knife was involved. Not see how they were raised. Not see if they were drugged out at the moment of the altercation. They only want us to see the color of someoneÃ¢â‚¬â„¢s skin. So what does that bias tell you about them? It tells you that they are the ones who are really racist, not you.

Make sure you are a critical thinker. Test things. DonÃ¢â‚¬â„¢t buy into the propaganda the world is trying to sell you. If you keep buying the lie, then they will keep selling it to you. Matter of fact, they will keep upping the price for that lie. Satan and his minions do not care one iota if cities are burned to the ground. Stealing, killing, and destroying are their forte.

My brethren, have not the faith of our Lord Jesus Christ, the Lord of glory, with respect of persons.

For if there come unto your assembly a man with a gold ring, in goodly apparel, and there come in also a poor man in vile raiment;

And ye have respect to him that weareth the gay clothing, and say unto him, Sit thou here in a good place; and say to the poor, Stand thou there, or sit here under my footstool:

Are ye not then partial in yourselves, and are become judges of evil thoughts?

Hearken, my beloved brethren, Hath not God chosen the poor of this world rich in faith, and heirs of the kingdom which he hath promised to them that love him?

But ye have despised the poor. Do not rich men oppress you, and draw you before the judgment seats?

Do not they blaspheme that worthy name by the which ye are called?

If ye fulfil the royal law according to the scripture, Thou shalt love thy neighbour as thyself, ye do well: 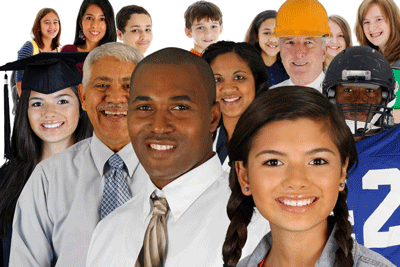 Christians should not be people who show partiality. They should not favor one group above another. We should not be respecter of personsÃ¢â‚¬â€¢whether to the wealthy or poor or to those of a different skin tone. We should treat all people as oneÃ‚Â and the same.

We do live in a fallen world, though. Sin still abounds, but grace abounds so much more! If you are dealing with issues of race because of your upbringing, your flesh, current propaganda, or anything else, then do something about it. Step out of your comfort zone. Go, sit, and talk with people who are different than you. It would be good for you and good for them as well. Turn off your TVs and go to a coffee shop and say hello to someone. Walk down the street in your neighborhood and step into the driveway of a family washing their car and say hello. Quit listening to the propaganda out there. Break free from the chains Satan is using to hold you back.

After this I beheld, and, lo, a great multitude, which no man could number, of all nations, and kindreds, and people, and tongues, stood before the throne, and before the Lamb, clothed with white robes, and palms in their hands;Ã‚Â And cried with a loud voice, saying, Salvation to our God which sitteth upon the throne, and unto the Lamb.

Now tell me that doesnÃ¢â‚¬â„¢t sound like a fun group to hang out with for all of eternity!

Spend some time enjoying the human race and all the different ethnicities that God has allowed to flourish down here! Enjoy sharing your faith with one and all!!