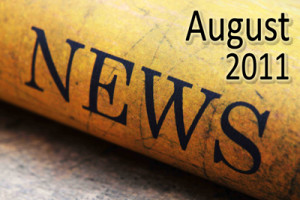 How Much is a Word Worth?

Recently, there were a couple of incidents that happened in the NBA that caught my eye. One involved the great Kobe Bryant of the Los Angeles Lakers. He got mad at a referee during a game and referred to him as a faggot. Needless to say, people were up in arms over his word choice. People asked how could he utter a homophobic slur and get away with it. Gay rights advocates were all over David Stern, the Commissioner of the NBA, to do something about it, so he did. He fined Kobe $100,000 for making that comment.

During the NBA playoffs, Joakim Noah of the Chicago Bulls got into a heated exchange with a Miami Heat fan during a game in Miami. During the confrontation, Joakim called the fan a faggot. Well, the gay rights groups got upset again, so David Stern fined Joakim, as well. Only this time, the fine was $50,000. Okay, wait a minute: How in the world did a word lose half of its value in just a few weeks?! If saying a word cost a $100,000 penalty one time, it should cost $100,000 each time. But IÃ¢â‚¬â„¢m guessing that Joakim is glad that the cost of saying that word is decreasing!

In the same exact game during which Joakim got in trouble, I couldnÃ¢â‚¬â„¢t help but notice one of the coaches when he got angry. What word did he yell? As you might have guessed, he took the name of thy Lord God in vain. How many times have we seen people use the name of Jesus or God as a curse word during a sporting event? Well, if you know that David Stern is Jewish, you may think action was taken in this situation as well. How much do you think he fined the coach for mocking and cursing the name of God? It was zero. Nothing. Nada. No big deal. It happens all the time. Who cares if the Jews or Christians are offended by those slurs? It is just part of the game and part of sports.

Let me tell you, someone does care. And that Someone is the God whose name is being cursed!

Ã¢â‚¬Å“Thou shalt not take the name of the LORD thy God in vain; for the LORD will not hold him guiltless that taketh his name in vain.Ã¢â‚¬Â

You see in that passage that God is very serious about His name. Why? Because the name of God is God. If you mock His name, it is no different than mocking Him. Why would any of us want to mock the God who created us and gives us life and breath? It is sad to think about people taking God for granted or even hating Him, but people do.

Words are important. How we use them should be at the forefront of our minds before the words come flying off of our lips.

Ã¢â‚¬Å“I will worship toward thy holy temple, and praise thy name for thy lovingkindness and for thy truth: for thou hast magnified thy word above all thy name.Ã¢â‚¬Â

Now think about how important GodÃ¢â‚¬â„¢s Bible is. It is magnified above all GodÃ¢â‚¬â„¢s name! Why? Because this Book is where we learn about the God of creation. That is why it is so important that we handle the word of God appropriately as we study it and share it with others.

All God has to do is speak and light appears! Just think about that for a second. All He has to do is speak again and there is an earth, stars, a sun, and animals! I get the feeling God doesnÃ¢â‚¬â„¢t waste words, because He knows just how powerful they areÃ¢â‚¬â€He can speak life into existence!

Jesus Himself is referred to as the Ã¢â‚¬ËœWord of GodÃ¢â‚¬â„¢. We know from verse 14 in the same chapter of John that the Word became flesh, therefore we know that this verse is referring to Christ. I would think that the Word of God would take words very seriously.

Ã¢â‚¬Å“Let no corrupt communication proceed out of your mouth, but that which is good to the use of edifying, that it may minister grace unto the hearers.Ã¢â‚¬Â

God takes words so seriously that He doesnÃ¢â‚¬â„¢t want any corrupt communication to come out of our mouths. All of the words that roll of our lips are meant to edify the people who hear them.

Ã¢â‚¬Å“Wherefore comfort yourselves together, and edify one another, even as also ye do.Ã¢â‚¬Â

Our words are meant to build people up. Do people find talking to you encouraging or discouraging? As I am writing this newsletter on a plane flight, I just finished a conversation with a soldier sitting next to me. He just had one of his good buddies die in Afghanistan. As we were talking, he began to cry. He misses his buddy that much. They were good friends. This friend was all of 23 years old when he died. As we talked, I got onto the topic of Jesus Christ. The soldier let me know that he believes strongly in Jesus Christ, but his faith is being tested by his friendÃ¢â‚¬â„¢s death and the fact that he died when he was so young. I walked him through some Scriptures trying to build him up and edify him. It was one of the most blessed conversations that I have ever had in my life. I am beginning to take my words more seriously as I get older. I know that I have fewer words to speak during my time here! My words matter. I have to use them wisely in the days to come.

Ã¢â‚¬Å“All scripture is given by inspiration of God, and is profitable for doctrine, for reproof, for correction, for instruction in righteousness: That the man of God may be perfect, throughly furnished unto all good works.Ã¢â‚¬Â

God takes words so seriously that He gave us a bunch of them all put together in one book called the Bible. Remember that is the best book in the history of the world. Make sure you know more about it and what it says than any other book before you take your last breath. Read and heed the instructions in that love letter from God.

Recently, I had a talk with a guy named Adam. He is studying the Jewish faith. He pulled the Torah out as we were talking. Even he said that if Jesus was in fact who He said He was that Adam would face eternal consequences because of that. Even Adam wouldnÃ¢â‚¬â„¢t mock the name of Jesus Christ.