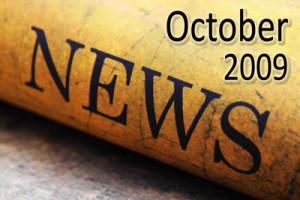 Are You Desperate Enough Yet?

What will it take for God to get your full and complete attention? Once you realize how important you are to Him, you will want to give Him everything youÃ¢â‚¬â„¢ve got. But that is part of the deception of this life. Satan and the world are trying to get your attention and deceive you, but God is in the business of allowing things to occur in your life to get your focus on Him and His word.

Ã¢â‚¬Å“And, behold, there cometh one of the rulers of the synagogue, Jairus by name; and when he saw him, he fell at his feet, And besought him greatly, saying, My little daughter lieth at the point of death: I pray thee, come and lay thy hands on her, that she may be healed; and she shall live.Ã¢â‚¬Â

A ruler of a synagogue coming to Jesus at that time was a very big deal. His reputation could have been destroyed. He could have lost his position, business contacts, and lots of friends. The question became whether his little daughter was more important to him or his position? God moved the ruler to the position of choosing the world or Him, and it caused him to fall at the feet of the only hope that he had: The Lord Jesus Christ. What is the Lord going to have to do in your life to get your full and complete attention?

Ã¢â‚¬Å“And a certain woman, which had an issue of blood twelve years, And had suffered many things of many physicians, and had spent all that she had, and was nothing bettered, but rather grew worse, When she had heard of Jesus, came in the press behind, and touched his garment. For she said, If I may touch but his clothes, I shall be whole. And straightway the fountain of her blood was dried up; and she felt in her body that she was healed of that plague. And Jesus, immediately knowing in himself that virtue had gone out of him, turned him about in the press, and said, Who touched my clothes? And his disciples said unto him, Thou seest the multitude thronging thee, and sayest thou, Who touched me? And he looked round about to see her that had done this thing. But the woman fearing and trembling, knowing what was done in her, came and fell down before him, and told him all the truth. And he said unto her, Daughter, thy faith hath made thee whole; go in peace, and be whole of thy plague.Ã¢â‚¬Â

Have you reached the point yet that the only answer you will look for is the Son of God and no one else? This woman had reached that point. Twelve years with this affliction was enough. All the doctors and all the money in the world couldn?t solve her problem. She had only one hope left, but oh my, what a hope He was! She had to get through the multitude to get to Jesus. Was He worth it? She knew the answer. Do you know that answer?

I met a guy one day in a prison that told me how he thanked God he was put in jail. I was kind of dumbfounded by his statement. But he said that was the event that finally got his full and complete attention to serve the Most High God. He said that when you lay on your bunk in that cell, there is only one way to look: Straight up to Almighty God!

An acquaintance of mine has just gotten into a lot of trouble with the law. Will this be his watershed moment of fully and completely trusting in the Lord in all that he does?

I had dinner with an old friend recently. He told me that he had been in jail, and when he was in there, another inmate had one of my books. He was stunned. He didnÃ¢â‚¬â„¢t even know I had written anything. He read the book, and knew God was setting all of this up to get him back in line to serve Him completely with his whole life.

A wonderful woman of the Lord lives a couple of minutes from where the Yale student was killed recently. She has been over there doing some powerful witnessing to the students on that campus and giving out copies of One Heartbeat Away to them. If Virginia Tech didnÃ¢â‚¬â„¢t get every college studentÃ¢â‚¬â„¢s attention, maybe the Yale event will. Or then again, maybe it wonÃ¢â‚¬â„¢t, and now something else will have to occur to wake them up.

That same lady also sent One Heartbeat Away to the man who is charged with the studentÃ¢â‚¬â„¢s murder. The book is going into that prison right to him. A guard even called her and told her how to get it to him. You see folks, when you boldly speak the truth in love, God uses those encounters all the time.

As I was writing this newsletter, I walked up to the front of the airplane to throw some trash away. I overheard a flight attendant use the word Ã¢â‚¬ËœHoly Spirit.Ã¢â‚¬â„¢ So, naturally, I butted in! It turned out that she was chatting with a man named Joe who was going to see one final doctor for his cancer. This was it. Either he had the answer, or it was over. One thing we told Joe, was that only Jesus had the answer he was looking for. We were trying to get him to think about what happened when he died and all he wanted to talk about was living. It was interesting and frustrating all at the same time. He was very stuck in his Catholic faith, and kept saying he would be okay because of his good works. We took the time to pray that God would get his attention and for his cancer. When I walked off the plane, he was waiting for me. We talked some more, and he hugged me. That was nice, but means nothing the moment he dies. Please pray for Joe that he will see Truth before he dies.

So ask yourself a question: Does God have your full and complete attention? But if He doesnÃ¢â‚¬â„¢t, ask yourself this question: What will it take for Him to get it? If 911, TsunamiÃ¢â‚¬â„¢s, Hurricane Katrina, the word Ã¢â‚¬ËœcancerÃ¢â‚¬â„¢, celebrities dying, etc. donÃ¢â‚¬â„¢t get your attention, what will? Is it the collapse of the dollar? Martial law on the streets of America? A major earthquake? A nuclear weapon going off in America? He wants your attention. Will you give it to Him? If you are not born again, today is the day of salvation. If you are born again, today is the day to repent of anything in your life that is not in line with GodÃ¢â‚¬â„¢s Word, and get back on that narrow road. DonÃ¢â‚¬â„¢t stand next to the narrow road. That is simply not good enough. You need to get on the narrow road.

That is actually a very good prayer for the lost people in your life. Pray that God will do whatever it takes to get their complete attention. That can be a dangerous prayer. I tell that to people for whom I have prayed that prayer: That God will wake them up and get their attention focused on Him. You donÃ¢â‚¬â„¢t know how God will answer your prayer, but that personÃ¢â‚¬â„¢s soul is certainly that important to the Most High God. You can be rest assured of that. The cross of the Lord Jesus Christ is all the proof that you need of that fact!

God is in the business of getting peopleÃ¢â‚¬â„¢s attention. Make sure He has your complete attention in the coming days. It will be necessary to survive what is going to happen and to be used by Him the way that you and He really want before His return.

P.S. A lot of people have been asking how the talk I gave, The Holiness of God, at the Deeper Conference went. If you click on this link, you can listen to it: https://markcahill.org/teachings/sermons/