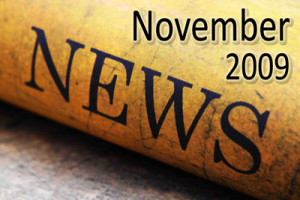 In this season of Thanksgiving, we have so, so much for which we should be thankful.

Ã¢â‚¬Å“Then on that day David delivered first this psalm to thank the LORD into the hand of Asaph and his brethren. Give thanks unto the LORD, call upon his name, make known his deeds among the people.”

One of the most exciting aspects of following Jesus Christ is being able to make His deeds well known among the people. We had a large contingent of us out witnessing at a U2 concert recently in Atlanta. Lots of tracts handed out, one on ones, and open air preaching was accomplished. Probably the saddest part to the night was meeting people who came up to me and said they had heard me speak at different events around the country. As we talked, they were headed into the concert. So I would ask them what inside the concert was going to glorify the Lord? Of course, no one ever has an answer to that question. So what is winning the battle in your life: Your flesh or your spirit?

Ã¢â‚¬Å“O give thanks unto the LORD; for he is good; for his mercy endureth for ever. And say ye, Save us, O God of our salvation, and gather us together, and deliver us from the heathen, that we may give thanks to thy holy name, and glory in thy praise.Ã¢â‚¬Â

Ã¢â‚¬Å“Now therefore, our God, we thank thee, and praise thy glorious name.Ã¢â‚¬Â

His name is beautiful. DonÃ¢â‚¬â„¢t let people around you mock His name. Ask someone, Ã¢â‚¬Å“Do you also take MohammedÃ¢â‚¬â„¢s name and BuddhaÃ¢â‚¬â„¢s name in vain or just JesusÃ¢â‚¬â„¢?Ã¢â‚¬Â You will get some interesting responses!

Ã¢â‚¬Å“And they sang together by course in praising and giving thanks unto the LORD; because he is good, for his mercy endureth for ever toward Israel. And all the people shouted with a great shout, when they praised the LORD, because the foundation of the house of the LORD was laid.Ã¢â‚¬Â

It was a real blessing this morning to be in church and sing some beautiful hymns to the Lord. I donÃ¢â‚¬â„¢t have a very good singing voice, but it is such a blessing to praise His name with our voices. Later in the service, a lady from Panama got up to sing. Now that was a beautiful voice. She could really sing! But remember when you sing to the Lord, He hears your heart and not necessarily which notes you hit correctly.

I like hanging out with heathens. I enjoy giving them eternal truth. Traveling recently out of Vancouver, I saw a guy with long hair. When I meet long-haired people, I will say, Ã¢â‚¬Å“Can I ask you a question? What kind of job do you have that you get to wear your hair like that?Ã¢â‚¬Â They usually smile. The answers I get are typically musician, student, artist, software programmer, etc. I asked that to a guy named Brian in the airport. He told me he was a porn star and directs porn movies. Not exactly the answer I was expecting! He then told me that he only works with his wife. This was beginning to sound strange. But the most disappointing part of the whole conversation was when he told me he was an atheist, but that he grew up in a fundamentalist Christian home. He went to Christian schools for 12 straight years. I asked him what happened. He said he went to college and started taking science and philosophy classes, and he completely walked away from a belief in God. Parents are you careful about where your kids go to college? Another aspect of that is this: if you are not careful what their eyes and ears see and hear when they are young, why do you think they will have discernment when they are older?

Ã¢â‚¬Å“Sing unto the LORD, O ye saints of his, and give thanks at the remembrance of his holiness.Ã¢â‚¬Â

Strive to live a holy life that glorifies the Lord. Repent when you sin, and step back up on the narrow road.

Ã¢â‚¬Å“To the end that my glory may sing praise to thee, and not be silent. O LORD my God, I will give thanks unto thee for ever.Ã¢â‚¬Â

It is no time to be silent as you serve the Lord. I recently met a lady who said she was going to heaven because she had worked 30 years towards becoming a Benedictine nun, and she was almost there. I let her know that works never work before our Savior.

Ã¢â‚¬Å“Now when Daniel knew that the writing was signed, he went into his house; and his windows being open in his chamber toward Jerusalem, he kneeled upon his knees three times a day, and prayed, and gave thanks before his God, as he did aforetime.Ã¢â‚¬Â

There are times we need to defy orders that are given. We must obey God rather than men. Daniel knew it. The saints listed in Hebrews 11 knew it. Make sure you know it as well.

Ã¢â‚¬Å“First, I thank my God through Jesus Christ for you all, that your faith is spoken of throughout the whole world.Ã¢â‚¬Â

One of the fun things about traveling and preaching for the Lord, is getting to meet people who have been impacted by the ministry. We love to hear your stories. They encourage us as well to keep pressing on in love and boldness for the Lord!

There is the Word of God, and there is the word of men. Fall in love with the Word of God. Soak and saturate your mind with the truths of the Bible. Study to show yourself approved. You will not regret it here or on judgment day.

Ã¢â‚¬Å“By him therefore let us offer the sacrifice of praise to God continually, that is, the fruit of our lips giving thanks to his name.Ã¢â‚¬Â

Our lips should carry the truths of God to all that we meet. We need to bring that fruit of who He is to others. I met a lady on a plane flight that told me that she grew up in no faith at all and that her parents said she should choose what she wanted to believe. I gave her some things to think about so she could make that right choice.

I met a guy entering the Navy at my hotel. Nicholas was wearing a Lamb of God t-shirt. It wasnÃ¢â‚¬â„¢t what I thought. It is a heavy metal band. When we had a talk at 5:30 am at this hotel, he said he really had been thinking a lot lately about the topic of God and what happens when you die. I am so glad my flights got messed up, and I got the chance to be up that early in the morning and plant a seed in NicholasÃ¢â‚¬â„¢ life.

Ã¢â‚¬Å“But thanks be to God, which giveth us the victory through our Lord Jesus Christ.Ã¢â‚¬Â

I talked with an Orthodox Jew named Sam at an airport the other day. He said he believed in God. He said he wasnÃ¢â‚¬â„¢t sure what happened when he died. It could be reincarnation or heaven and hell. I then asked him if he expected the Messiah to come sometime soon. He said he did. I asked if he believed Elijah would come first, and he said yes. I then asked how he would know who the Messiah was? He said he would listen to whatever his Rabbi told him! ArenÃ¢â‚¬â„¢t you glad you have the sure Word of Almighty God, and you know that the Messiah is Yeshua, Jesus, who gives us total victory?! It is great to know that we donÃ¢â‚¬â„¢t have to trust the words of men, but only the Word of God! Stand strong upon the Rock of our Lord Jesus Christ!

Give the Lord a lot of thanks in the coming days. If you have a job, a roof above your head, a computer on which you are reading this, breath in your body, etc. You are very blessed. Be very thankful. Make sure you have salvation in the Lord Jesus Christ and that born again experience. It is all that will matter if you truly want to thank the Lord for all of eternity.