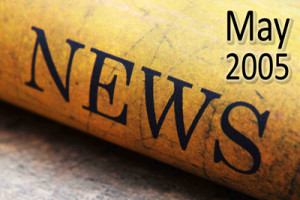 Reach Out This Summer

And [Jesus] said unto them, Ã¢â‚¬Å“Go ye into all the world, and preach the gospel to every creature.Ã¢â‚¬Â

For example, look in the weekend section of your local newspaper to see where the happenings are in town. Also use the Internet. It can show you some great places where people hang out, and you can plant some seeds with them.

Remember that there are plenty of good ideas on witnessing in my first book, One Thing You CanÃ¢â‚¬â„¢t Do in Heaven. One doctor I know puts copies of that book in each of the individual waiting rooms that he has for his patients. He told me that right around 50% of the time, when he walks into the room the patient is reading my book! He then begins a conversation with them about eternity and Jesus. Then he lets them have the book. What a great idea.

I just got this email which said, in part:

“Your book is hands down the most instantaneously applicable evangelism tool I have ever used. Your heart is unmistakable, your principles are simply truth, and your obedience and commitment to carry out the Great Commission are evident and inspiring. My students and I are using this tool at our summer beach retreat. It is required reading for them, and our theme is ‘Reach the Beach.’Ã¢â‚¬Â

One gentleman who Ã¢â‚¬â€ three times through! Ã¢â‚¬â€ watched Pride Goes Before Destruction, the witnessing DVD that I did, said:

“I will share with you certain “principles” that I relearned while watching your DVD, and how they helped me with my conversations this weekend.”

First, let the person talk and listen to them.

Second, if someone is willing to talk, they will almost always have an opinion about eternity; it is something that everyone has thought about.

Third, the first set of beliefs someone expresses may not reveal what he/she actually believes.

Fourth, don’t shove theology down an individualÃ¢â‚¬â„¢s throat, but present it in a casual non-threatening way (yet being firm).

Sixth — recognize common objections as questions that everyone has had, and personalize how we have dealt with them in a conversational way so that the listener doesn’t feel like youÃ¢â‚¬â„¢re treating them like an idiot.

Finally, each of the principles can only be applied if our own heart is right Ã¢â‚¬â€ that we have the passion to witness because of our love for the individual (person in the swimming pool who is drowning), not our selfish desire to be an effective witness.

For me, one of the best encouragements in your tape is that, for the most part, we really do not know what “ultimate impact” you had on any of the individualsÃ¢â‚¬â„¢ lives. Clearly, you had some impact on them, but the extent of that impact is between God and the individuals. You were merely being obedient to the Lord when talking with them.

The gentleman went on to explain how he used those principles while sharing his faith with his brother. That is what followers of Jesus do: Reach out to their family and others with the truth in a loving way.

One of the contestants* on The Apprentice TV show was asked about his praying with another contestant. He said, Ã¢â‚¬Å“I am a Christian, but not a religious Christian. I am deeply rooted in my beliefs. I am more into living it as opposed as to talking about it. That was [just] one of the many times we prayed.Ã¢â‚¬Â

We are commanded by God to live our faith. That is, our faith will result in works. But God also commands us to talk our faith when He provides us an opportunity to speak to a prepared heart Ã¢â‚¬â€ that is, a heart that He has prepared to hear what He wants you to tell them at a particular moment.

That command is explicit throughout the New Testament, starting with JesusÃ¢â‚¬â„¢ command, quoted at the start of this newsletter, to go into all the world and preach the Gospel to every creature.

Ã¢â‚¬Å“Preach the word; be instant in season, out of season; reprove, rebuke, exhort with all longsuffering and doctrine.Ã¢â‚¬Â

Preach the word this summer. Preach strong. Tell someone the truth. Speak it in love. DonÃ¢â‚¬â„¢t just pray with people. Speak the truth to them. The lost must hear to be saved. The lie must be drowned out by the truth. The darkness must be drenched in the light.

The other day, at the airport, my flight got delayed. So I ended up getting into a conversation with this guy who had a book that had the word Ã¢â‚¬Å“wealthÃ¢â‚¬Â in the title. So I told him, Ã¢â‚¬Å“One of the most amazing statements about wealth I have ever heard was, Ã¢â‚¬Å“For what is a man profited, if he shall gain the whole world, and lose his own soul? Or what shall a man give in exchange for his soul?Ã¢â‚¬Â

I told him that statement was in the Bible. So we began a conversation about eternal matters. He was a Hindu from India who is now living in the States, working for an engineering firm. So we had a very interesting talk.

At the end of the conversation, I asked him if he liked to read. He told me that he did. So I pulled my book out and said had he ever seen this book before. Imagine my amazement when he said that he had! I asked him where he had seen it. He said, Ã¢â‚¬Å“Kuwait!Ã¢â‚¬Â So I asked him how he had seen it in Kuwait.

He told me that he worked for a civilian contracting firm that was doing some work with the military in Kuwait. When he was there, he got into a talk with an army chaplain who had my book. Out of all the people in that airport, that is the one person God had me sitting next to! God is so kind. He is so gracious as He places us into conversations. Be bold. Go for it. There are divine appointments with people whose hearts have been prepared by God to hear from you; theyÃ¢â‚¬â„¢re awaiting you this summer. DonÃ¢â‚¬â„¢t miss them. They have been set up for you by your Father in Heaven.

Perhaps you have read my book and watched the witnessing DVD. Perhaps you have also gotten those products into other peopleÃ¢â‚¬â„¢s hands. But it is not enough to read another good book or watch another DVD. We must put that teaching into practice. If you love Jesus, let the world know it. Let them know it now.

Have a great summer reaching the lost!

* TVG: It was interesting to see you praying with Tana. That’s not something we see too often on reality TV.

Craig: I am a Christian, but not a religious Christian. I am deeply rooted in my beliefs. I am more into living it as opposed as to talking about it. That was one of the many times we prayed. That was the great thing about coming over to Magna; there was a level of spiritual mindedness on the team Ã¢â‚¬â€ until it got to the point where [someone was] a threat to me.