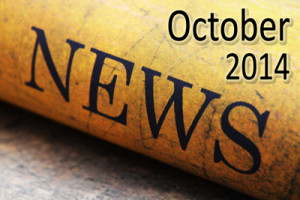 Many thanks to all of you who pray for the trips I take, the speaking engagements, and for God to open more doors for the message to get out and that all of us followers of Jesus Christ will boldly proclaim the good news to a very lost and very dying world.

On a recent trip to Rhode Island/Massachusetts, I decided to hit some colleges in between my speaking events. I had a great afternoon witnessing at Providence College one day. I noticed that on one of the buildings, the word Ã¢â‚¬ËœVeritasÃ¢â‚¬â„¢ was etched several times. Yes, truth is what all of us are looking for. On the same facade, there was a quote from DanteÃ¢â‚¬â„¢s Inferno about truth and then it also had John 8:32 etched in the stone, which says,

“And ye shall know the truth, and the truth shall make you free.“

Interesting. How did we ever get to the point that Dante and Jesus are equated with the same level of truth? I think I will stick with Jesus on this one.

Outside of the Student Union, there were tons of small American flags stuck in the ground in remembrance of the people who died on 9/11. I ended up sitting next to Cameron on a bench by this display, and we began chatting. He was a very interesting guy whose pursuits include writing and philosophy. He just sent this note to the ministry:

Ã¢â‚¬Å“I met Mark Cahill on his visit to Providence College and talked to him outside the library for about half an hour. He said I could get an audio version of the book, as I prefer an audiobook rather than a hard copy of MarkÃ¢â‚¬â„¢s book, because he sounded very interesting, and I would like to understand more about his views.Ã¢â‚¬Â

The next day at Johnson and Wales, I got into a talk with Eric. He said,

Ã¢â‚¬Å“Let me sit down and talk about the afterlife, because I have a lot of questions about this!Ã¢â‚¬Â

Right after talking with Eric, Jay told me that he is a Christian, but he doesnÃ¢â‚¬â„¢t read his Bible much. That is a recipe for disaster for any of us, but especially during your university years.

On Sunday evening, I decided to swing by Brown University before I went back to my hotel. What a fascinating talk I had there with Nicholas. He is from Singapore. He just finished two years of military work in Singapore and now he is a freshman at Brown. He has no real religious background of any kind, but one of his goals is to search that out during his college years! We had a fascinating talk.

One of my last conversations at Brown was with Andrew. He told me that his freshman year at Brown was pretty tough. One of the real issues he struggled with was the political correctness that he encountered there. He told me that it was like walking on eggshells the entire time, being overly concerned about saying some word that might offend one person! He said that he didnÃ¢â‚¬â„¢t have to deal with issues like that back home in Australia where he was from. He told me that his sophomore year he is not going to live like that again. He is just going to be himself, and if people like him or donÃ¢â‚¬â„¢t like him, so be it. He also told me that he doesnÃ¢â‚¬â„¢t have much of a religious background, but he plans on knowing what he believes and having a belief system by the time he graduates! He was a very interesting man to chat with.

I want to encourage you this Fall and the upcoming Spring to get out to some college campuses and talk with some lost people. There are a lot of them hungering for truth, and we have what they need.

If you want to see how literally crazy some of our college campuses have become, click on this link for Legal Insurrection. It is a website that I visit a lot, and they have some really neat information on a lot of topics:

Yes, college has gotten that bad nowadays. But what is interesting when you go to a college campus to witness, is many of these young people are very friendly and kind, and have a lot of good questions. They need to hear truth from us instead of the many deceptions that they will hear from their professors on campus.

I also had the privilege of speaking in two prisons while I was in Rhode Island:

“I was a stranger, and ye took me not in: naked, and ye clothed me not: sick, and in prison, and ye visited me not. Then shall they also answer him, saying, Lord, when saw we thee an hungred, or athirst, or a stranger, or naked, or sick, or in prison, and did not minister unto thee?“

I had visited one maximum-security prison previously, two years ago, and I remember the guards were kind of tough. Not overly friendly. They just kept their distance from the Ã¢â‚¬ËœchaplainÃ¢â‚¬â„¢ and our group. It can be a very tough job. A lot of negativity all of the time, and they also have to be on guard for anything that might happen. If I remember correctly, none of them took any of my books when we offered them to them.

This time it was completely different! I believe five correctional officers took books before we left! I even noticed one guard was sitting behind me as I spoke. As the talk continued, he moved around to the front so he could see my face as I talked with the inmates! Come to find out, something is happening with this officer. What happened was that a convicted murderer got saved. Now he is a completely different person. He is not getting in trouble. He doesnÃ¢â‚¬â„¢t go to segregation unit for committing offences. He is literally a model citizen. Some of the guards are asking, Ã¢â‚¬Å“What happened to Kenneth?Ã¢â‚¬Â And Chaplain Burns tells them that it isnÃ¢â‚¬â„¢t anything that he did, but it was Jesus that had changed his heart and life. These officers are getting very intrigued with what is going on. Now they are starting to ask questions.

You see, our lives matter. How we act matters. People are watching. They want us walk it and talk it. God is using Kenneth and the other believers in that prison. Please pray for them.

One of the lowlights/highlights of the trip was when an 80-some-odd-year-old man tried to convince me there was no God! He sat on the hood of his car and gave it his best effort. I guess he really didnÃ¢â‚¬â„¢t know who he was talking to! We had a really good give and take.

I tried to explain to him that a creation has to have a Creator.

He let me know his Brown University credentials. It seems he thought he was a tad smarter than the rest of us.

“For that they hated knowledge, and did not choose the fear of the LORD:”

“The fear of the LORD is the beginning of knowledge: but fools despise wisdom and instruction.”

I never want to garner so much wisdom that I cannot figure out that a God made this stunningly gorgeous creation that we reside in today.

But I wonder if anyone witnessed to him during his college days? Or did he just believe what some professors taught him, and he is just repeating that back to me and anyone else he meets all these years later? Interestingly, the motto for Brown is Ã¢â‚¬Å“In God We Hope.Ã¢â‚¬Â I guess he must have not taken that class. That college has walked away from the Lord just like so many others have around our great country. Those colleges have failed and failed their students for one main reason:

“Jesus answered and said unto them, Ye do err, not knowing the scriptures, nor the power of God.“