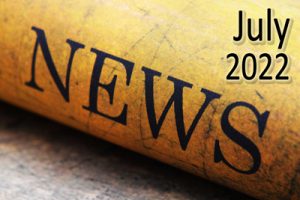 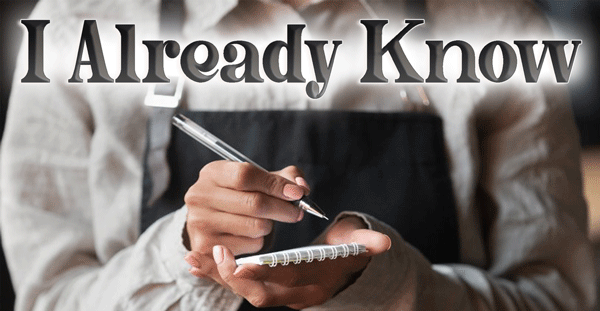 Do you ever seem to know what someone is going to ask before they actually ask you?  When you talk to enough people, sometimes you can make some pretty good guesses about the direction a conversation will go in. But have, you ever known what their first question will be before it even leaves their lips? That happened to me, and it led to a fascinating give and take.

Many times, I will leave a book on the hostess stand, and it will start circulating among the staff. Waiters or waitresses will come up and look at it. Next thing you know, a few more folks want copies. It’s a great way to plant seeds before I even meet the waitress!

“Alley” liked fiction, so I signed a copy of Paradise for her and gave her a brief explanation of the book. A very simple explanation. Then she was gone. Four or five minutes later, she walked up to my table and said, “Can I ask you a question?” Well, I already knew what she was going to ask me. I don’t know how I knew it, but I just knew. Maybe it was the establishment. Maybe because it was June. Maybe it was a question she had always wanted to ask someone. Or, maybe, it was a question she asks everyone! You just don’t know sometimes.

One thing to remember when you are witnessing is not to believe everything someone tells you. Just because someone says something, doesn’t mean it is true. Her last statement more than likely meant: “The Christian friends I have had the guts to tell me right from wrong. But I don’t like when they do that. My other friends are very loving, inclusive, and don’t judge anybody.” Of course, that isn’t true either! The gay community loves judging the Christian community. Of course, they won’t judge the Muslim community, where in some places they will kill you for being gay! That double standard has always amazed me. But in America right now, Christians are the easy target.

Coming Back for Truth

As we continued to chat, Alley let me know she had a Christian upbringing. So part of what she was wrestling with was what she was taught as a kid. Now that she is somewhere in her twenties, she is dealing with what the world is telling her.

Believe it or not, she sat at my table four different times! We were able to cover a lot of ground in a few short minutes.

Sometimes, I tell people that in the Bible, there are only about 11 or 12 verses on homosexual sin, but over 200 verses on heterosexual sin. Now, you may want to QEQE that, but it is something I heard someone say, and I haven’t dug through all the numbers yet. I said to her, “It sure seems like God is taking the fun out of it for everyone, unless He has a much better plan for us.”

I said, “God has only put his stamp of approval on one type of sexual union. Do you know what that is?” Most people will answer, “A man and woman.” But make them be more specific. I explained, “He puts His stamp of approval on man and woman in marriage. He puts an ‘X’ next to fornication, adultery, beastiality, pedophilia, homosexuality, and lesbianism. Since He has done that, there must be a reason why He has done that for us.”

For this cause God gave them up unto vile affections: for even their women did change the natural use into that which is against nature:

And likewise also the men, leaving the natural use of the woman, burned in their lust one toward another; men with men working that which is unseemly, and receiving in themselves that recompence of their error which was meet.

During one of our mini conversations, I asked Alley what the color of her eyes were. I asked her if that color could ever change. She told me they couldn’t.  I kept asking, “Even if you put blue contact lenses over them, could the color of your eyes change?” She said, “No.” I then asked her, “Have you ever met anyone in the gay or lesbian lifestyle who left it and went into the heterosexual lifestyle?” I let her know that, “Thousands upon thousands upon thousands of people have been in that lifestyle and left it. They typically leave it because they have some spiritual experience. The number one reason they do is because they have become born again. Many also leave it because of the disease risks. And many lesbians leave it because of domestic violence issues.”

Wrapping it up, I asked, “If someone can leave that lifestyle, Alley, what does that mean?” She knew the answer. “It means you weren’t born that way! It means it is a choice. Now, there are certain factors that might lead people down that road to make that choice, but it is still a choice.”

I asked about her home life. Sure seemed like she had some loving parents. “Do your parents always want the best for you, Alley?” I asked. She answered in the affirmative. I reminded her that there is a God the Father out there who ALWAYS wants the best for the people He has created. And while we might not understand it right now, we will if we go by what He says and do it His way, things will always work out.

Thou art worthy, O Lord, to receive glory and honour and power: for thou hast created all things, and for thy pleasure they are and were created.

She and I also got to talk about why Jesus was the only way to get to Heaven. I even had a good talk with Christina, the waitress for the table next to mine, and also with the owner of the restaurant, who has already been in touch because she was intrigued with the T-shirt I was wearing about sex trafficking! What a meal! But then again, I Pray for B.O.B. at my door before I leave home, so I shouldn’t be surprised at all.

People out there have great questions. You have great answers because you know what your Bible says. Go out and have a great conversation with someone today!

P.S. A friend of the ministry, Jeff, wrote in to say what he’s doing with B.O.B.:

OK… I finally got the sleeve to hang up BOB over my doorway before I head out to the garage every day and get into my car. I also have one in black and white by my desk at work, but I’m still waiting for someone to ask me, “What is BOB?”

Thank you so much for all you do to encourage us weaklings to do more while we can! 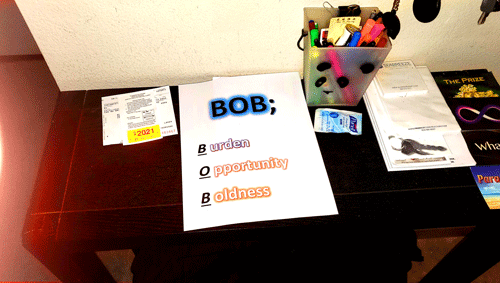 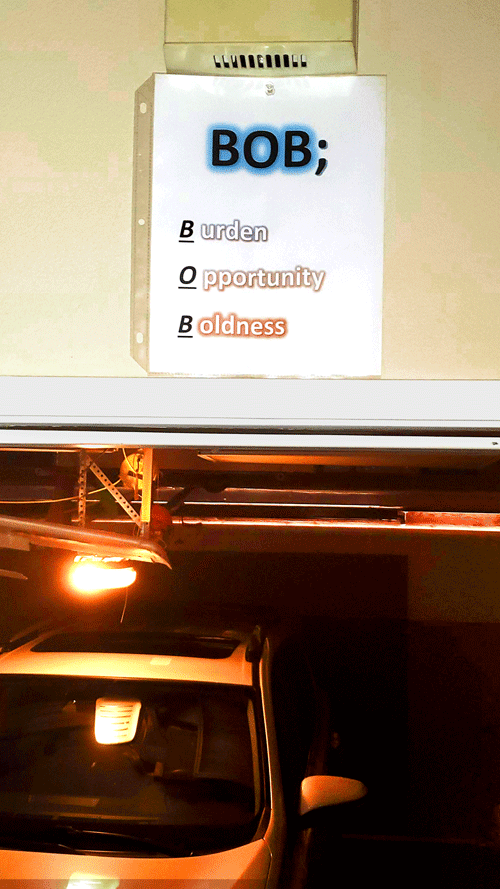 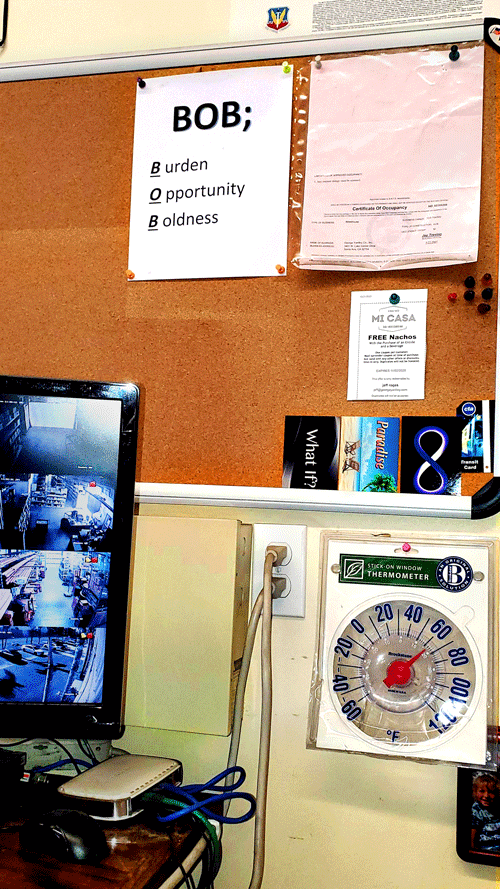 If you need some help or encouragement to be bolder about sharing your faith, this talk might be just what you need. It’s a great video to listen to help you be steeled up and ready to have those conversations with the lost, like Jeff is! 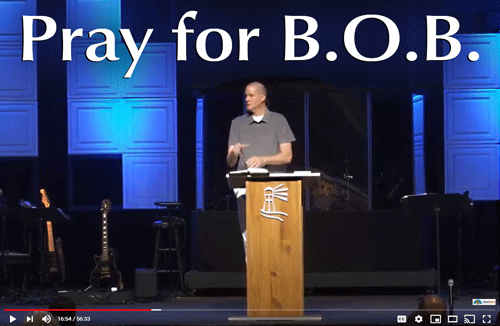 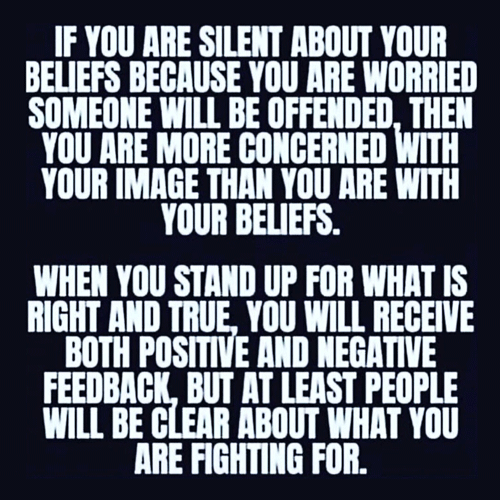