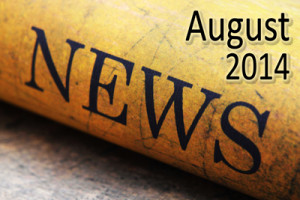 Eavesdropping at the Green!

I was in a mall witnessing the other day (By the way, is there any other reason to go to a mall? I mean none of the clothes fit!!), and I ran into Moriah. She is from Jerusalem. What an interesting lady. As I talked with her and her friend, we talked about Israel, the Jews, the torah, the Psalms, the Ten Commandments, whether Jesus is the Messiah (or as a Jew would say, ‘Yahushua Ha MashiachÃ¢â‚¬â„¢), the temple, the perfect blood sacrifices needed for forgiveness, etc. LetÃ¢â‚¬â„¢s just say, it was a very wide-ranging talk, and it was tons of fun!

At the end of our conversation, Moriah pulled out her phone to show me a picture. It was a picture of her father, who is part of the IDF (Israel Defense Forces). His job is to track down Jewish people that are kidnapped. He and his group try and find them before they are killed, and then attempt to track down the perpetrators and bring them to justice. She then asked me to look at two more pictures. They were her brothers. One day, they were free civilians in Israel. Thirty days later, they are full blown IDF soldiers and are already in the Gaza Strip on the frontlines! My, how quickly life can change.

Remember that “Moriah” has a very significant Biblical meaning:

And he said, Take now thy son, thine only son Isaac, whom thou lovest, and get thee into the land of Moriah; and offer him there for a burnt offering upon one of the mountains which I will tell thee of.

That is where Abraham was going to sacrifice his son Isaac after God told him to do so! And our great God had a ram waiting to be the sacrifice instead of Isaac.

Moriah asked me to pray for her brothers. I didnÃ¢â‚¬â„¢t wait to go home, I did it right there in the mall in front of her. Yes, I prayed in the name of Jesus, and yes I mentioned Yahushua in the prayer. She now has a copy of Paradise in her hands. Please pray for Moriah and her friend.

I wrote this in the July newsletter of 2013:

Ã¢â‚¬Å“Got a phone call this week from Lucia. She had a wonderful German accent, but she lived in Argentina and has moved to San Diego. What was a German doing in Argentina? Her parents were Nazis! Her grandparents were Nazis! Her uncle wrote the book, I Paid Hitler. After WWII, many of the Nazis left Germany and settled in Argentina. Joseph Mengele was one of those people. Lucia told me when she was a kid, ‘I learned about Hitler, but I didnÃ¢â‚¬â„¢t learn about God!’ She is now reading One Heartbeat Away that someone gave her in San Diego, and she is liking what she is reading! Praise the Lord!!Ã¢â‚¬Â

Lucia gave me a phone call last week. She is now born again and saved!!! Praise the Lord!! Thank you whomever you were for giving her a copy of One Heartbeat Away. It really made a big impact on her as it challenged her to search for truth, and she found Him!!

Jesus answered and said unto him, Verily, verily, I say unto thee, Except a man be born again, he cannot see the kingdom of God.

Do you remember in my book Reunion, when Ellen goes to the Green in New Haven, CT and someone witnesses to her? Well those are actually real people who are out there all the time and good friends of the ministry. They just told me about another encounter that they had recently:

“We were down at the Green this morning, and this guy Jose came over. He said, ‘You probably don’t remember, but I’m Jose, and the last time I was here, we talked a long time, and you gave me a book called One Heartbeat Away. Wow, that book is amazing! I was totally blown away by that chapter on evolution vs. creation. He made it soooooooooo irrefutable when he put all the facts together. I learned so much from it! I’m still reading the rest of the book!’ We talked a while more, and I kept noticing that a lady sitting on the bench next to ours kept turning her head as if she were listening. Then Jose said, ‘I became a Christian in April, and this book has really been helping me talk to other people about Jesus. I just met a Muslim who gave me the Koran and wants me to read it. I really need to know how to answer his questions!’ I said, ‘Funny you should bring up Muslims, because Mark Cahill just wrote another book that has great information on Islam, and there’s a really good conversation that a Christian has with a Muslim, starting on page 166.’ I got the book, and he wanted to see the page, and then he circled it and asked if he could please read the book. I said, ‘Of course! It’ll be REALLY helpful!!’ Then the same lady got up and came around to the back of the bench where we were standing and said, ‘Could I please have a copy of that book you just gave him?’ I said, ‘Of course!!!!’ I got her a copy, and then she said, ‘And what about that One Heartbeat book you were talking to this man about? Can you tell me more about it?’ Well, at that point, Jose took over and started explaining what the book was about, chapter by chapter up to where he was. He was explaining to her about the lack of transitional fossils and all the hoaxes, etc., and he told her it would answer all her questions about God. I handed her the book, and she said, ‘Actually, I am a Christian. I was raised in a Muslim country in West Africa, and I met some Christians while I was in college. I had many conversations with them, and I came to the conclusion that Islam was a religion of anger and hatred, and Christianity was about love and forgiveness, and I accepted Jesus as my Savior, because He is the only way to Heaven. I’m sorry I was eavesdropping, but when I overheard you talking to this gentlemen, I was very interested in reading those books, because they will help me witness to my Muslim friends.’ I told her how happy I was to meet her, and how happy I was that she became a Christian!!!! She said she was working as a CNA since she came to America, and she works some Sundays and can’t always go to church. She said some church was sponsoring her so she could stay here, but she said she would really like to visit ours, because she was so happy that we were in New Haven talking to people about Jesus, and especially that we had information for Muslims! She said she knew that God wanted her to eavesdrop on our conversation for a reason!!!!

“Here is a picture of Jose and Amy (who wrote me the letter)”: 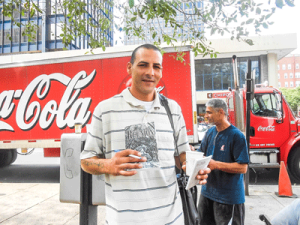 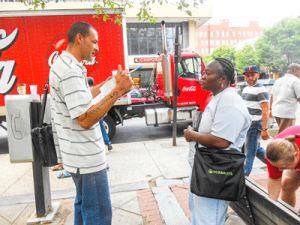 I am actually an eavesdropper, as well! I listen into peopleÃ¢â‚¬â„¢s conversation and periodically butt in! It is kind of fun! I overhear something that I know I can turn into a spiritual point, and just go for it. Most people appreciate some insight and wisdom. A lady said to me the other day as we were talking about eternity, “Enlighten me!” So I did!!

And the lord said unto the servant, Go out into the highways and hedges, and compel them to come in, that my house may be filled.

We need to go out into the highways and byways, the malls, the Green, talking to a lady in San Diego, and giving away materials and compelling people to come in and meet our Lord! All I know is that when I played basketball way back when, it was much more fun to play in a full house than a half empty arena. LetÃ¢â‚¬â„¢s fill up the LordÃ¢â‚¬â„¢s house with many people before we meet Him face to face! Finish up your Summer boldly for the Lord, and then have your strongest Fall yet standing up for the true Messiah that the world will be seeing very soon!!

P.S. Remember that One Thing You CanÃ¢â‚¬â„¢t Do In Heaven, The Watchmen, and One Heartbeat Away all have free study guides with them. So they are great to use in churches, Sunday schools, menÃ¢â‚¬â„¢s and womenÃ¢â‚¬â„¢s groups, youth groups, home study groups, and for homeschoolers along with the books. You may want to do that this Fall. You can get the free study guide at www.markcahill.org