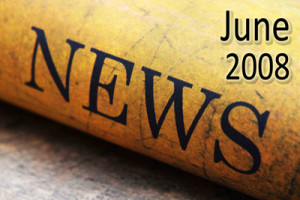 When I was speaking at a church in Mississippi last year, the pastor said a very interesting thing to me. I had spoken about not being deceived in the last days. Deception will be everywhere, and if you are not very careful, Satan will deceive you and pull you away from the truth. Afterwards, he made a very simple statement to me. He said one of our main problems as Christians is that when we get around religious folks, we put our guards down instead of up. We naturally trust religious people, because we donÃ¢â‚¬â„¢t think they will steer us in the wrong direction. But when the Bible tells us about false christs and false prophets, those are religious folks that we need to careful of.

So letÃ¢â‚¬â„¢s put our guards up and take a look at something that is happening right now that seems to be turning into a phenomenon. Remember your guard is your Bible, and we must filter things through that prism to see if something is true or not.

Ã¢â‚¬Å“Beloved, believe not every spirit, but try the spirits whether they are of God: because many false prophets are gone out into the world.Ã¢â‚¬Â

The word Ã¢â‚¬Å“tryÃ¢â‚¬Â here means to test or to examine something. There is nothing wrong with questioning things and examining things to see if they are really of God. As a matter of fact, that is what we are supposed to be doing! We canÃ¢â‚¬â„¢t contend for the faith unless we test and try things. That is how we can then tell if false teachings are making there way into our Christian circles.

There is something happening right now called the Florida Outpouring. It is a supposed move of God where a lot of people are being saved and a lot of people are being healed. People are driving in from everywhere to be there, and people have flown as far away as Australia to be at these meetings. The services are led by Todd Bentley. I have been getting a lot of emails about this and some phone calls. So I decided to take a look at what was happening and test the spirits to see if they were from God.

This newsletter is going to take you a little bit longer to get through than most of them that I write. I am going to provide you with some video links so you can see for your self what is going on.

Click on the link below and watch Todd for a few minutes as he walks down a healing line:

One of the first things that you notice is that he is completely wrong on what he is telling these ladies. He even says thank you Lord Jesus and then says something completely inaccurate about the woman! So who was really speaking to him? Just because people use the right religious words does not, and I repeat, does not mean they are from Jehovah God. As a matter of fact, those are the people that you have to be most careful about.

Deuteronomy 18 is a great chapter to read. The last verse of it says,

Ã¢â‚¬Å“When a prophet speaketh in the name of the LORD, if the thing follow not, nor come to pass, that is the thing which the LORD hath not spoken, but the prophet hath spoken it presumptuously: thou shalt not be afraid of him.Ã¢â‚¬Â

When prophets speak for God, they need to be 100% accurate. Why? It is God speaking through them. He will not and has not ever been wrong. If someone is speaking for God prophetically and they get one thing wrong, they are someone we do not need to fear because it is not the God of the Bible speaking through them.

Also do you see him slaying people in the spirit where he puts his hand on peopleÃ¢â‚¬â„¢s heads and they fall under the Ã¢â‚¬Å“power of the spirit?Ã¢â‚¬Â Now, do you find that anywhere in the Bible? The answer is no. You do find it in some charismatic circles but never in the Bible.

Click on the below link. You can read what was written by the person who put this link on his site:

Is that uncontrollable, wild laughter of God? Where do you see that in the New Testament? Is that part of PaulÃ¢â‚¬â„¢s and PeterÃ¢â‚¬â„¢s ministries? The supposed holy laughter movement has one big leader here in America. His name is Rodney Howard Brown. The only problem is that it isnÃ¢â‚¬â„¢t biblical. What about that uncontrollable shaking? You find it in occultic circles, but you do not see it in the Holy Word of God.

Click on the link below and see what you can find that glorifies the Lord and shows up in the New Testament. This clip is absolutely amazing. How can people watch this and think it is from God? It is called deception.

In the link below, Todd talks about an angel Emma that brings financial breakthroughs for people. The angel also has gold dust. A friend told me that one of his friends went to this revival in Florida and people had gold dust show up on their shoulders and their fillings in their teeth became gold. Do you see this anywhere in the Bible? In the same post, Todd talks about the pastorÃ¢â‚¬â„¢s wife running around the church barking like a dog! But because we live in a touchy feely world and we want to experience things and want our flesh titillated, we fall for unbiblical stuff like this. It is a manifestation of a spirit, but it is not the Holy Spirit.

In the following blog post, Todd talks about a trip he took to the third heaven. During his time there he got to spend some time in a small cabin with the apostle Paul. What is the first big giveaway when someone mentions something like that?

Ã¢â‚¬Å“There shall not be found among you any one that maketh his son or his daughter to pass through the fire, or that useth divination, or an observer of times, or an enchanter, or a witch, Or a charmer, or a consulter with familiar spirits, or a wizard, or a necromancer.Ã¢â‚¬Â

Necromancy is contacting the dead. We are NEVER supposed to contact the dead. We have the living Word of God that we consult.

And the link below is one of the ones that really, really blew me away.

If you have ever studied alien abductions, what he is describing is exactly what others have described during those encounters. These are not angels of God folks. These belong to an angel of light, Satan himself. Portals are of the occult world and you do not find them in the Bible. Many people who have had alien abductions have talked about being on an operating table and being operated on.

One of the bigger problems that I see from people today is that they are looking for a sign or something to confirm their faith. Again what does the Scriptures say?

Ã¢â‚¬Å“A wicked and adulterous generation seeketh after a sign; and there shall no sign be given unto it, but the sign of the prophet Jonas. And he left them, and departed.Ã¢â‚¬Â

The thing to always remember is that we donÃ¢â‚¬â„¢t need signs and wonders to confirm our faith! Once you have the death, burial, and resurrection of Jesus Christ, that is all the confirmation you need to know this is true!

One night, I decided to watch this Florida Outpouring. It was a four hour service that evening. Todd used six scripture verses where he had people go to their Bibles. It took about ten minutes. How does a four hour service have only ten minutes of Scripture in it? He even mentioned that he has been getting critiqued by people because he hasnÃ¢â‚¬â„¢t been using the word of God in his services. We must challenge our audiences to know the word of God above all else, so that they will not be deceived in the coming days.

During this service, Todd had children come up. Of course kids havenÃ¢â‚¬â„¢t been conditioned like adults. When he laid hands on the kids to slay them in the spirit, which again is not in the Bible, many of the kids didnÃ¢â‚¬â„¢t fall over. He would even push on their head some. They wouldnÃ¢â‚¬â„¢t fall over. If this was all true, I would think the Holy Spirit would have enough power to knock a kid over! So again very clearly it is not the Holy Spirit, but some another kind of spirit.

One good thing to do when another big name pops up on the scene is to take their name plus the words Ã¢â‚¬Ëœfalse prophetÃ¢â‚¬â„¢ and put them into a search engine and hit enter. See what pops up. Now donÃ¢â‚¬â„¢t believe everything you read, but filter it back through the word of God. If a bunch of red flags pop up, be careful. I did that for Todd and many, many red flags began to pop up. I did that for myself when I was writing this newsletter to see what came up. Why would I do that? I often pray, Ã¢â‚¬ËœFather do not let me be deceived so that I will not deceive other people.Ã¢â‚¬â„¢ You need to have your guard up around me as well. More and more ministers and ministries should be saying just that to the people that they influence.

Ã¢â‚¬Å“Even him, whose coming is after the working of Satan with all power and signs and lying wonders.Ã¢â‚¬Â

Remember that all signs and wonders are not of God. Be very careful in the coming days.

Ã¢â‚¬Å“And for this cause God shall send them strong delusion, that they should believe a lie.Ã¢â‚¬Â

Delusion is coming folks. Would you know the difference if something was from God or from Satan?

Ã¢â‚¬Å“For there shall arise false Christs, and false prophets, and shall shew great signs and wonders; insomuch that, if it were possible, they shall deceive the very elect.Ã¢â‚¬Â

Wow. That must be pretty strong delusion if it could possibly deceive the elect.

And Deuteronomy 13 also tells us, even if the signs and wonders come true you still check that personÃ¢â‚¬â„¢s doctrine and teachings to see if it is of the God of the Bible. We must test everything that happens today and in all days to come back through the Holy Bible.

In just a very short time of researching this, it is very easy to spot Todd Bentley as a false prophet. So many of these false moves of God keep coming out of the charismatic circles. Todd is either doing this on purpose to deceive people, or he is doing all of this unknowingly. Either way, it is false. He is a charlatan. These are not easy words to write. I donÃ¢â‚¬â„¢t like it that there is another false representative of the Lord Jesus Christ out there. But I am much more concerned of the fact of warning the readers of these newsletters to be very careful of the current and coming deceptions. Be careful.

Is your guard up or is your guard down? It will really determine how the Lord can use you for His glory in the coming days.