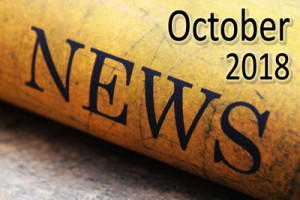 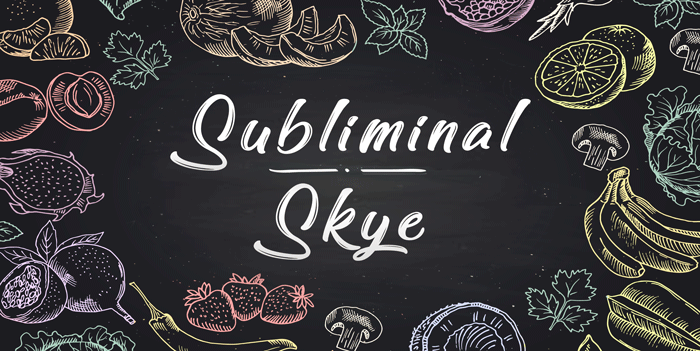 Ã‚Â  Ã‚Â  Ã‚Â I went to the other side of town for something the other day. I had heard of a good vegan restaurant over there, so I wanted to check it out. Now, one thing I know for sure is there are some very interesting people in vegan restaurants!! You have to realize that is a fact of life. You meet all kinds there, so it is always fun to go and see who you can talk to and how you can stir up some trouble for the Lord!

Ã‚Â Ã‚Â Ã‚Â Ã‚Â  There was a lady seated next to me who had headphones stuffed in her ears. As I sat there, I thought to myself,Ã‚Â Ã¢â‚¬Å“I have to get those headphones out of her ears.Ã¢â‚¬ÂÃ‚Â Now, in polite society, it is not appropriate to reach over and snatch them out of someoneÃ¢â‚¬â„¢s ears! As much as we may want to do that sometimes, I highly discourage that type of action. I noticed she had a tattoo on her forearm, so I thought I would ask her about it and that it would be my opener. I got up to get a napkin, and as I was walking back, I noticed she was wearing a cross around her neck. So, I did the friendly thing and just pointed at her! When she took one of the ear buds out, I asked, Ã¢â‚¬Å“Why do you wear that cross?Ã¢â‚¬Â She said it was a gift. I said, Ã¢â‚¬Å“Are you a Christian?Ã¢â‚¬Â She responded, Ã¢â‚¬Å“Well, kind ofÃ¢â‚¬Â¦Ã¢â‚¬Â Okay. Here we go. Anytime anyone ever says they are Ã¢â‚¬Å“kind ofÃ¢â‚¬Â a Christian, we should know immediately that it is going to be a great conversation! I really mean that. We are about to have a wonderful give and take.

Ã‚Â Ã‚Â Ã‚Â Ã‚Â  So I asked her what she meant by that, and we were off and running! She tapped her phone to shut off whatever she was listening to and focused in on the conversation.

Ã‚Â Ã‚Â Ã‚Â Ã‚Â  She told me she had watched a video calledÃ‚Â ZeitgeistÃ‚Â on the internet. There is really no need to watch it because itÃ¢â‚¬â„¢s a movie that undermines Jesus and the Bible. It has pulled many people away from even considering the truth of the Bible. Here is a refutation ofÃ‚Â ZeitgeistÃ‚Â if you want to read it:Ã‚Â https://crossexamined.org/whats-wrong-with-the-zeitgeist-movie/

Ã‚Â Ã‚Â Ã‚Â Ã‚Â  The movie basically says the life of Jesus has been plagiarized from ancient pagan religions, in order to portray Him as a fraud. Of course, that claim is easily refuted by fulfilled prophecy. They may try to discredit the life of Jesus, but they canÃ¢â‚¬â„¢t explain away the impossible odds of those prophecies being fulfilled by Him.

Ã‚Â Ã‚Â Ã‚Â Ã‚Â Ã‚Â So after we talked about that a bit, I asked her, Ã¢â‚¬Å“Do you read the Bible?Ã¢â‚¬Â She told me she did, and that she has been reading it a lot lately. That is a good sign. Always try to get peopleÃ¢â‚¬â„¢s noses in the Bible, and let the Holy Spirit work from there. But then, she said something interesting. She said the Bible is both literal and symbolic. Whenever you hear a statement like that, you want to be careful. I asked her to explain what she meant. She told me more things like Adam and Eve and the Garden were figurative and not literal, etc. So what question would you ask her at this point? You could very simply ask,Ã‚Â Ã¢â‚¬Å“How do you know which part is literal and which part is figurative?Ã¢â‚¬ÂÃ‚Â Do you see the dilemma here? If someone can decide which parts of the Bible are figurative and which are not, then literally, none of it can be taken as truth.

Ã‚Â Ã‚Â Ã‚Â Ã‚Â Ã‚Â Ã‚Â As we chatted, I let her know that thereÃ‚Â areÃ‚Â figurative things in the Bible. When Jesus said, Ã¢â‚¬Å“I am the door,Ã¢â‚¬Â we know He is not a literal door. Everything must be taken in context, and then the literal and figurative parts are easy to figure out.

Ã‚Â Ã‚Â Ã‚Â Ã‚Â  I then asked her if she believed that Jesus walked on planet Earth. She told me, Ã¢â‚¬Å“No.Ã¢â‚¬Â She stated He is just figurative. That was an amazing answer. I continued, Ã¢â‚¬Å“Then you probably donÃ¢â‚¬â„¢t believe that He died on the cross and rose from the dead.Ã¢â‚¬Â She didnÃ¢â‚¬â„¢t think those events happened, either; she believed they were figurative.

Moreover, brethren, I declare unto you the gospel which I preached unto you, which also ye have received, and wherein ye stand;

By which also ye are saved, if ye keep in memory what I preached unto you, unless ye have believed in vain.

For I delivered unto you first of all that which I also received, how that Christ died for our sins according to the scriptures;

And that he was buried, and that he rose again the third day according to the scriptures:

Ã‚Â Ã‚Â Ã‚Â Ã‚Â  As you can see, the death, burial, and resurrection of our Lord Jesus Christ is the foundational element of Christianity. If those events were figurative, then Christianity is not true.

Ã‚Â Ã‚Â Ã‚Â Ã‚Â  We always want to take the Bible literally, that is, to use the plain meaning of the text. The context will show us if something is figurative or not.

Ã‚Â Ã‚Â Ã‚Â Ã‚Â  One thing to always remember is that Jesus took the Old Testament literally! He quoted from it and referred to it many times. The apostles also took it literally. They saw its prophecies being fulfilled in the person of Jesus right before their eyes. And the early church took it literally, too. They used it to spread the good news everywhere.Ã‚Â If Jesus and early believers took the Scriptures literally, so should we.

Study to shew thyself approved unto God, a workman that needeth not to be ashamed, rightly dividing the word of truth.

Ã‚Â Ã‚Â Ã‚Â Ã‚Â  As Skye and I continued to talk, she told me she thinks the Bible also contains subliminal messages, or hidden meanings beneath the text. You can already see the problem with that way of thinking. It basically allows you to make anything mean anything you want it to mean. I let her know that. There might be subliminal messages in commercials, but God wants you to take His actual written words seriously.

The words of the LordÃ‚Â areÃ‚Â pure words: as silver tried in a furnace of earth, purified seven times.

Ã‚Â Ã‚Â Ã‚Â Ã‚Â  Skye loves to read. So she took two of my books and said she would enjoy studying them. She has big dreams in life at only 20 years old. She wants to get into the movie business. So I reminded her that anything anyone does needs to glorify the Lord, or it really is a waste of time. She liked that thought. Please say a prayer for Skye to find the real truth that she is really searching for.

Ã‚Â Ã‚Â Ã‚Â Ã‚Â  And please enjoy the literal words of God and literally go reach the lost while we still have time!