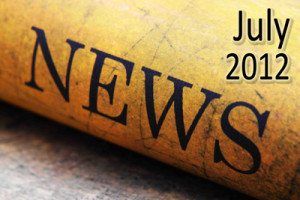 One of the fun things about following the Lord is everything you get to learn! A walk with Christ is a learning experience right from the get go. That is one of the reasons it is fun to get olderÃ¢â‚¬â€as you keep studying your Bible and other solid Christian literature, your faith continues to grow as you gain confidence in knowing that you have the right answer in the Biblical Jesus.

I was speaking at a Christian Family Conference the other day in Houston, and all the attendees where Indian Americans. It was a real blessing! I told the Indian folks that they sang like prisoners, and they had to know idea what I meant. If you have never heard prisoners sing praise unto the Lord, you sure have missed out on something special! They sing from the heart. They sing deeply. They are serious about what they are singing. Why? They know from what they have been forgiven! They know the depths of ChristÃ¢â‚¬â„¢s blood, because they know their sins have landed them in prison.

When you go to India, Hinduism is the prominent religion. The worship of idols is huge in that religion. So when you have been saved out of that false worship, you have a joy to sing about the One who got you out of it: Jesus!

On the same trip, I got into a talk with a guy at my hotel. He was a Muslim. His name was Jihad! Yes, you have that correct! He spelled it differently, but that was his name. So I politely asked him, Ã¢â‚¬ËœAre you going to kill me?Ã¢â‚¬â„¢ with a smile on my face! He said, Ã¢â‚¬ËœnoÃ¢â‚¬â„¢ with a smile of his own, and said only crazy people do that. Well at least we could agree on one thing!

What is also interesting is that I have heard all of that before. Why? I share my faith a lot. He wasnÃ¢â‚¬â„¢t the first Muslim that I have witnessed to, so it didnÃ¢â‚¬â„¢t throw me to hear those things.

Remember that the two best ways to learn new things are to ask questions and to study. I love asking questions! I was walking onto a plane at OÃ¢â‚¬â„¢Hare in Chicago once, and was talking with these two Russian students from Northwestern. Just as we were about to enter the plane, the female student said, Ã¢â‚¬Å“You ask the best questions!Ã¢â‚¬Â I love to learn. I canÃ¢â‚¬â„¢t read books all day, so a good way to learn about Islam is to go and talk with a Muslim and find out what they believe and then share the Biblical Jesus with them. Talk with Mormons, JehovahÃ¢â‚¬â„¢s Witnesses, Atheists, Agnostics, etc. Ask them questions. See what their responses are. You will get all the same answers, because there is nothing new under the sun.

As I walked up to my hotel in Cleveland recently, the smoking area was filled with a bunch of guys who looked like they were in a rock and roll band. As I walked up, I overheard one of them use the term, Ã¢â‚¬Ëœdeath metal.Ã¢â‚¬â„¢ That is a certain kind of musical style and sure enough, they were a death metal band and were playing a show that night. As we started talking, they really asked some great questions. One guy said, Ã¢â‚¬ËœWhat if Jesus didnÃ¢â‚¬â„¢t die?Ã¢â‚¬â„¢ He didnÃ¢â‚¬â„¢t realize that Jesus voluntarily laid down His life. He also wanted to talk about how horribly Jesus got treated while He was here. Interesting how a lost person saw that perspective.

The lead singer, Chris, told me that he has a lot of Jewish friends in NYC. He stated that they donÃ¢â‚¬â„¢t believe in a hell. They liken it, he told me, to a theatre where the good people get the front row seats and the bad people have to sit in the back far away from the stage where God would be! DoesnÃ¢â‚¬â„¢t this sound like a description from someone in a band? I let them know that the Jewish Scriptures do indeed talk about a heaven and a hell in Psalm 139 and Daniel 12. We had a great give and take. Most of the guys liked to read, so I got some books and booklets in their hands and hopefully, we will get an update on what the Lord does in their lives.

One of my favorite people ever went to heaven about a year ago. Ron Carlson was just one of those guys who had a wealth of knowledge on false teachings, and didnÃ¢â‚¬â„¢t keep that to himself. He was a soul winner. He wanted to talk with people who had been deceived by the enemy. He always reminded me to never get mad at folks in false belief systems. They have just been deceived by the enemy. LetÃ¢â‚¬â„¢s help them by giving them biblical truth.

The other great way to learn is to study. RonÃ¢â‚¬â„¢s website is: www.christianministriesintl.org. It is now run by his two sons. He taught his sons to be soul winners as well. Thanks, dad! It is loaded with a wealth of good information: tons of articles on different religions, cults, creation/evolution, etc. I suggest you sign up for their weekly Fast Facts. I receive it every week, and it is just some good hard-hitting facts on different religions. You will use them all the time when you witness.

Ron wrote a great book called Fast Facts on False Teachings. Also, his DVD or audio series on the different religions and cults are magnificent. I love giving those away.

Another good way to learn is to go to a search engine and type in: Ã¢â‚¬Å“how to witness to a (blank)Ã¢â‚¬Â and then just fill in the blank with Mormon, Freemason, Atheist, etc. Some great sites will pop up that will give you information youÃ¢â‚¬â„¢ll be able to use as you witness in the coming days.

Never forget that there are two great ways to learn: asking questions and studying. Remember that we still have a lot of people to witness to down here. Dr. Carlson doesnÃ¢â‚¬â„¢t get to speak to lost people anymore. We do, though. Lost people need to hear from you today. Go ask them a good question or two!

P.S. Can you guess what river Myra is floating on in the pictures below? That is correct. It is the Nile River in Egypt! Some friends of the ministry were over there and struck up a conversation with her. She spoke English, and they got the chance to plant a verbal seed about our Lord in her life along with some literature. Keep planting those seeds this summer EVERYWHERE you go!! 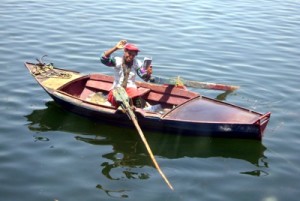