Thank you for your interest in Mark Cahill’s monthly newsletter. In it, you will find a variety of topics that relate to biblical Christianity, evangelism, and even current events. Mark’s viewpoint will challenge and encourage you to be bold for what you believe! 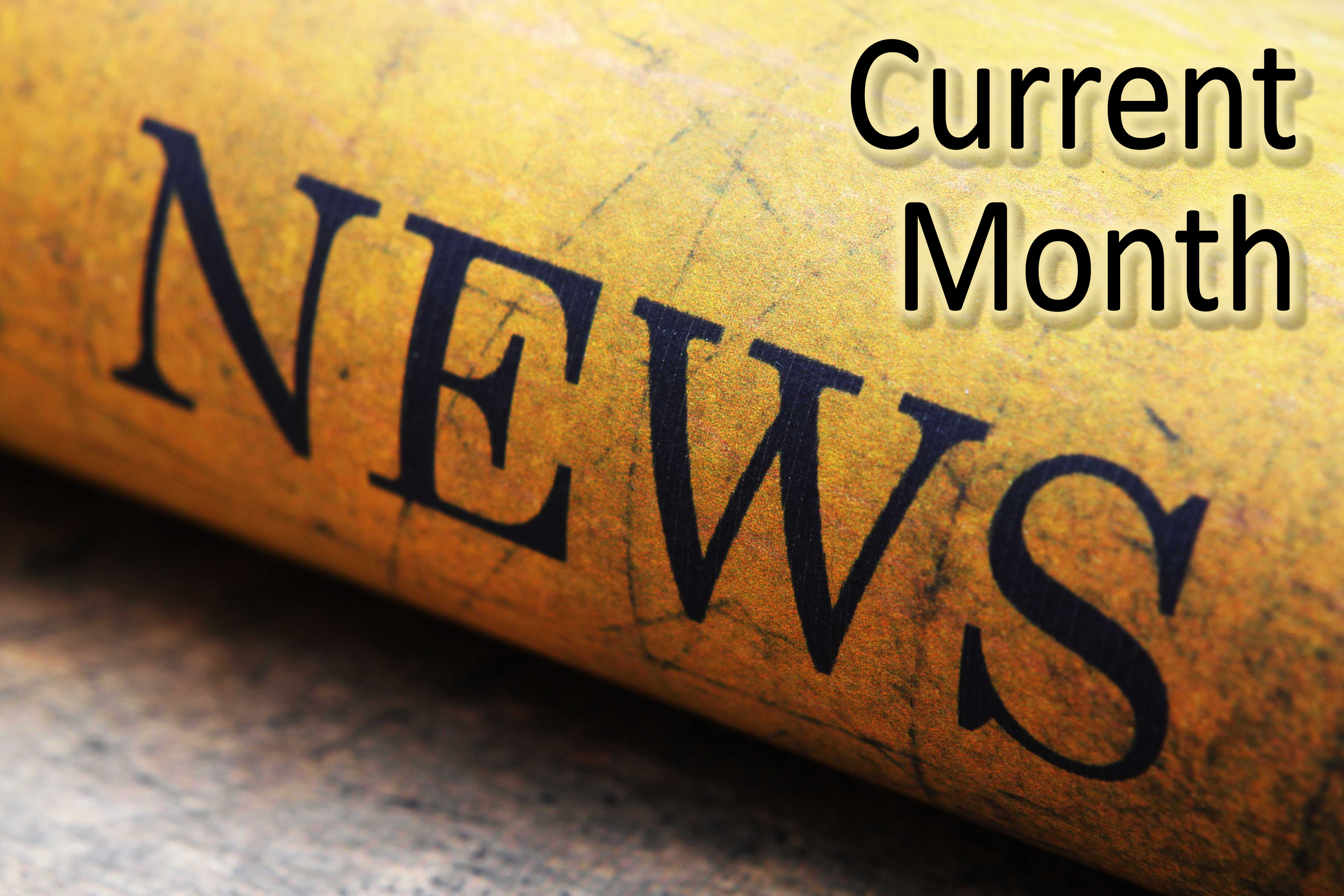 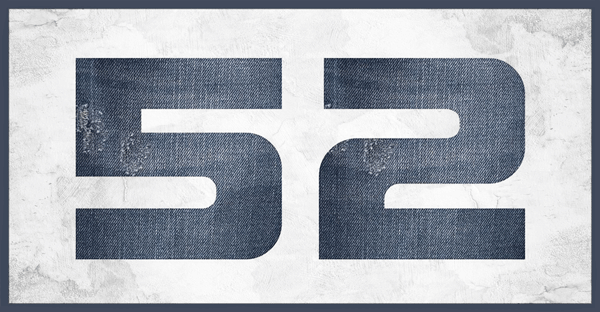 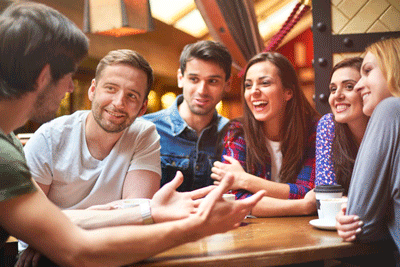 I often say to people, “Tell me about someone new you have met in the last week. What is their name and tell me something interesting you learned about them?” Now, why would I ask that? There is actually a very simple reason why: I am curious―very curious―to know how they will answer.

Let me ask you, “Are you stepping out of your comfort zone and into God’s comfort zone by saying hello to someone? Are you asking them how their day is going?” If we can’t take the time to ask people simple questions like these, then how are we going to be able to share the gospel of Jesus Christ with them?

So, what answers do you think I get to that question? I very rarely hear anyone, lost or saved, tell me they have met someone new in the previous week, let alone tell me something about that person. Why is that?

Go to a coffee shop sometime. Watch people. Most of them are on their laptops or phones at the shops I go to. They have AirPods stuck in their ears, even while they are sitting at a table with others! Actually, at one coffee shop I go to, there is a sign that reads, “Talk to Someone.” Interesting. Even the owner of that establishment knows people should be chatting with others. 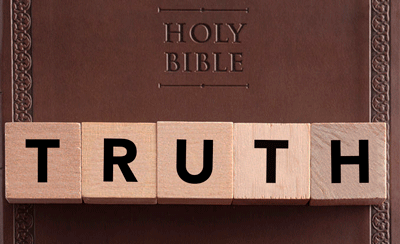 And on the sabbath we went out of the city by a river side, where prayer was wont to be made; and we sat down, and spake unto the women which resorted thither.

And a certain woman named Lydia, a seller of purple, of the city of Thyatira, which worshipped God, heard us: whose heart the Lord opened, that she attended unto the things which were spoken of Paul.

And when she was baptized, and her household, she besought us, saying, If ye have judged me to be faithful to the Lord, come into my house, and abide there. And she constrained us.

Do you think Lydia was glad Paul chatted with her and the other women by the river?

And when they were come up out of the water, the Spirit of the Lord caught away Philip, that the eunuch saw him no more: and he went on his way rejoicing.

But Philip was found at Azotus: and passing through he preached in all the cities, till he came to Caesarea.

Do you think the Ethiopian eunuch was glad Philip came up and talked with him?

But he said, I am not mad, most noble Festus; but speak forth the words of truth and soberness.

For the king knoweth of these things, before whom also I speak freely: for I am persuaded that none of these things are hidden from him; for this thing was not done in a corner.

King Agrippa, believest thou the prophets? I know that thou believest.

Then Agrippa said unto Paul, Almost thou persuadest me to be a Christian.

And Paul said, I would to God, that not only thou, but also all that hear me this day, were both almost, and altogether such as I am, except these bonds.

Do you think Agrippa was glad that Paul talked with him and shared eternal truth during their conversation?

Mind Your Own Business? 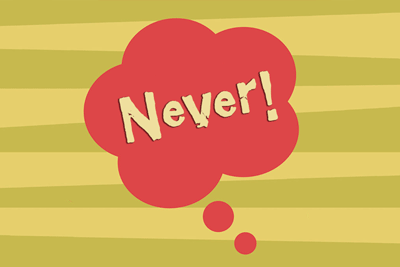 I met Alex and Sarah at a coffee shop recently. We had a great chat. They liked to read, so I gave them some books. At the end of our conversation, I asked, “What can I do for you?” Alex said, “Thanks for the conversation!” I am very glad I talked with Alex and Sarah.

During a ten-day period not long ago, God allowed me to meet and have long talks with two different people who were on the verge of suicide. The weight of life can be very heavy for some folks. One of the issues for them was finances. So, at the end of our conversations and after they took some materials to read, I was also able to put some nickels in their hands. They were both very, very grateful. There are people out there who need hope, and we need to give it to them. Please say a prayer for them.

I stopped at a gas station the other day. The guy across the way had a vanity plate. I love to figure those things out! For the life of me, I couldn’t figure his out! So what did I do? I walked over there and asked him what it meant! Well, it contained English letters but was actually a Russian word! He was from Bangladesh, and his wife, who was not with him, was from Russia. So, we just started talking. I asked if he grew up in any religious faith, and then we were off and running! He told me he had grown up Muslim and believes that on Judgment Day there will be a great weighing scale where Allah will judge good and bad deeds. So, I asked him if he was 100 percent assured he would go to Heaven. He said, “There is no way to know that.” He also added, “That is the difference between me and you. On Judgment Day, Mohammad will be there, but he will not say a word. And when you die, you believe Jesus will be there, and He will speak up for you and help you.” Fascinating!!

He ended by telling me that he was really a nominal Muslim. He wasn’t much into it and didn’t study it often. I asked him if he liked to read, and he told me that he and his wife love to read! So before he left, he had two of my books and both booklets in his hands. He also told me he had recovered from Covid a month ago, so I knew he was thinking about life and death. As he walked away, he turned back and asked me, “Would you pray for my friend Daniel? He has been in the hospital for two days with Covid.” Interesting that he asked the Christian man to pray for his friend.

I handed a tract to a guy outside of another coffee shop. He said, “What is this?” So, I explained what a tract was. Just like that, Thomas and I were in a back and forth. Thomas used to be a cell-group leader. Thomas went to seminary to grow in his faith, but Thomas has left the faith. He does not believe John 14:6 which says Jesus is the only way to get to Heaven. He believes that people can be good enough to get there. “Only one billion believe in Jesus, so there has to be a wider road to get there,” he said. Believe it or not, his kids attend a Christian school!! Please say a prayer for Thomas.

A lady told me on the phone today that she was always taught to “mind your own business.” Well, she made a “mistake.” She started witnessing. She read some of our books and heard me speak in her city. She kept reading her Bible and decided to obey the Lord. She prayed for God to use her. Now, she is surprised by how everyone will just open up and talk with her! She became a soul winner, and God has answered her prayers!! 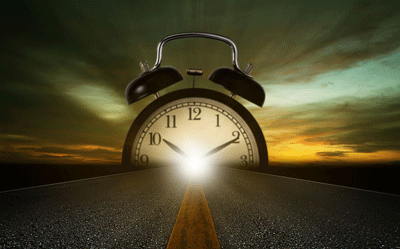 Well, I went to yet another coffee shop on Sunday! (No need to worry. I don’t have a coffee addiction! I was drinking tea this time!). I placed my order and turned to the person behind me and said, “What are you getting today? My treat.” He let me know that the offer was nice of me to make, but he couldn’t let me do it. One of the ladies behind the counter said, “No, sir, he means it. He is buying your coffee!!” Hmmm. I guess I have been going to this coffee shop too often! He acquiesced, and I paid for his coffee.

Five hours later, Michael and I finished our conversation! Two of those hours were spent at the coffee shop, and then we went out to eat. He was in town from California and was working as a door knocker for one of the campaigns here in Georgia. He had been here for 52 days! That is a long time. Do you think that maybe he had some doors closed in his face? Think maybe someone like him wouldn’t mind a good conversation? We had one of the most fascinating give and takes I have ever had with someone. We covered so many topics. He was very easy to chat with. He loved to read and took two books and both booklets to read on his way home. It was his last night in town! He said he was “spiritual,” but even he knew it wasn’t by luck or by chance that we happened to be in line at the same time at the same place. He has already contacted me since that night. Please say a prayer for Michael.

“Fifty-two” is the number. Why? Actually, it is not in honor of Michael who knocked on doors 12 hours a day for 52 days! It is simpler than that. Each one of us should be able to meet one person a week during the coming year and find out their name and something about them. Then, we just transition from there into sharing eternal truth and giving them a tract, a book, or a booklet to read. One person per week. A nice, simple goal. Remember, though, once you get started, you will not want to stop. You will enjoy those off-the-chart conversations where you know the Lord of Heaven and Earth has set it up for you. And, you will want more and more of those kinds of encounters in the days to come.

Until the nets are full of people we have met all the days and weeks of our lives,